Hyundai recently unveiled a few teaser images of its newest Staria MPV, the venerable replacement to the brand’s longstanding Starex minivan. Also known as the Hyundai iMax and Hyundai i800 in other parts of the world, the Hyundai Staria is proof that minivans are alive and kicking despite the continuous onslaught of new crossovers and SUVs. 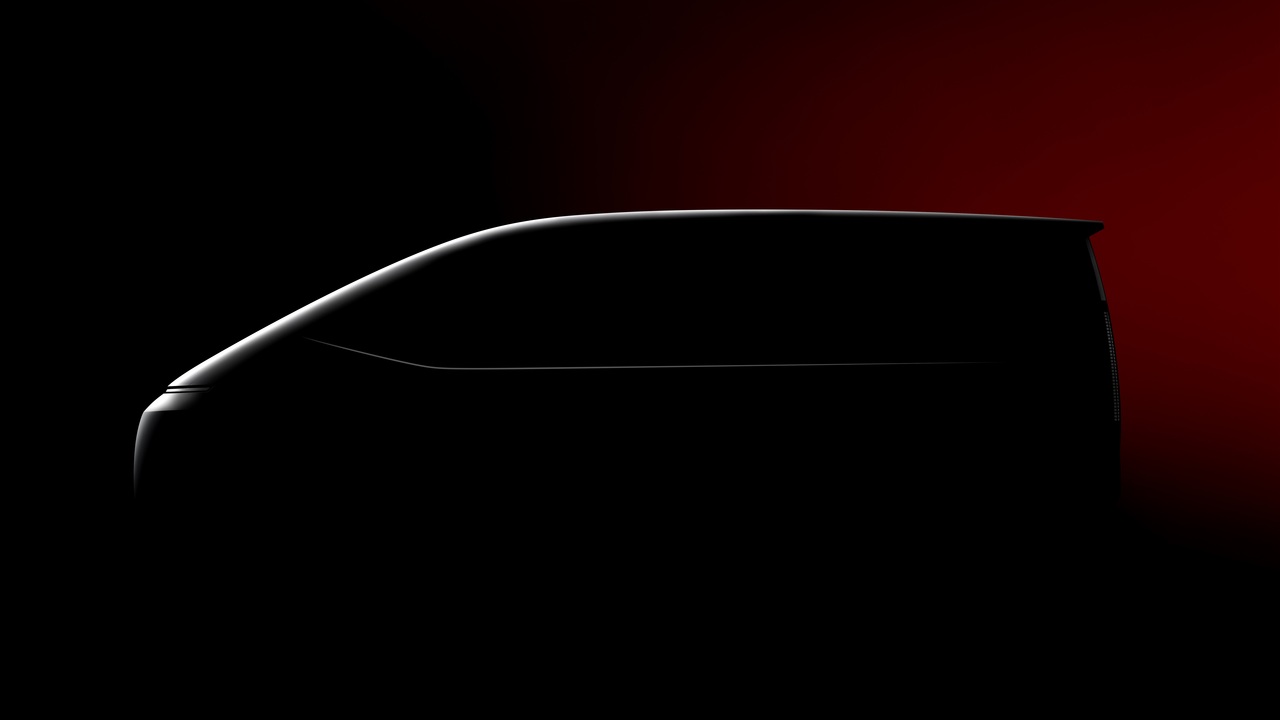 First, here’s a short history lesson. The first-gen Starex arrived in 1997 equipped with a Mitsubishi diesel engine. Unlike other minivans from the same era with no nose and with the engine located under the driver’s seat, the Starex had a proper hood, making it more comfortable to drive over long distances without burning your crotch.

The second-gen Starex or Grand Starex came in 2007. It had a significantly bigger body and a more powerful CRDi (Common Rail Direct Injection) four-cylinder diesel motor. Hyundai didn’t sell the Starex in America despite the presence of Kia’s Sedona/Carnival, and it seems this will all change when the Staria MPV officially debuts in the coming weeks. 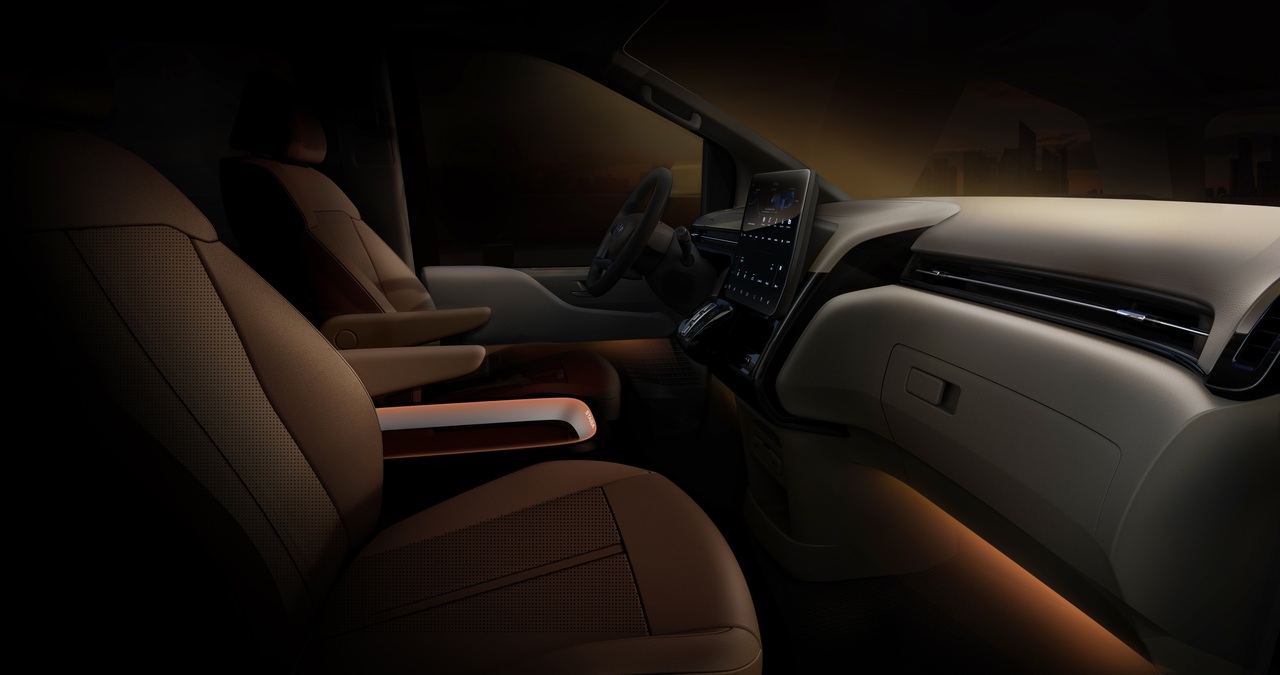 Hyundai is the first to admit that Staria’s design is reminiscent of a spaceship with its “strikingly futuristic and mysterious exterior.” All signs are pointing to an all-electric drivetrain courtesy of Hyundai’s dedicated E-GMP platform. Still, we reckon Staria will debut with an internal combustion engine followed by hybrid or electrified versions in the not-so-distant future.

The most prominent design feature of Staria has nothing to do with its clean body lines and smooth silhouette. Instead, it’s hard to miss that cyclops fascia with a single white LED strip running the vehicle’s entire width. At the back, the block-shaped taillights gather attention with their funky lighting signature. 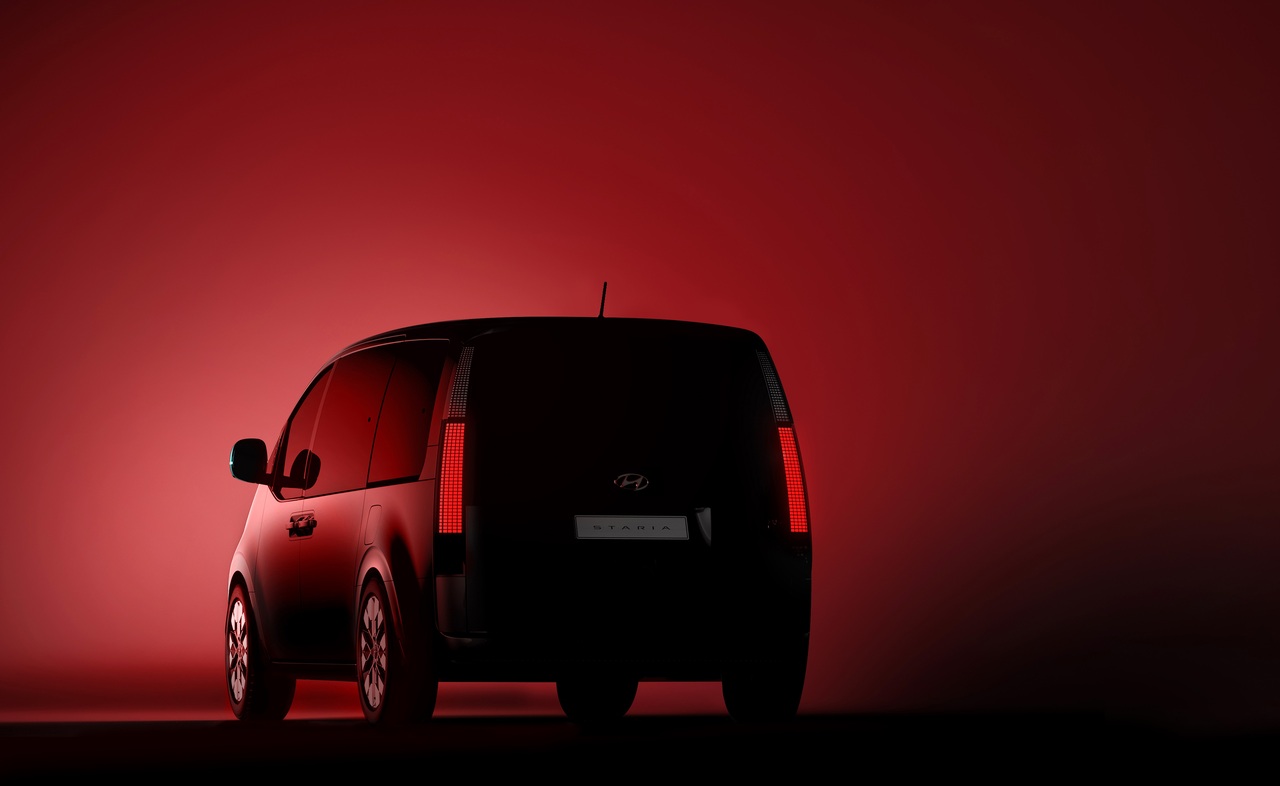 At launch, the lineup consists of two variants: Staria and Staria Premium, the latter offering more luxurious amenities and exclusive materials. Staria promises to offer generous room and an airy interior with its short overhangs, lower belt lines, and panoramic windows no matter which variant you choose. You can also expect new tech and safety features similar to Kia’s all-new 2022 Carnival GUV or Grand Utility Vehicle. 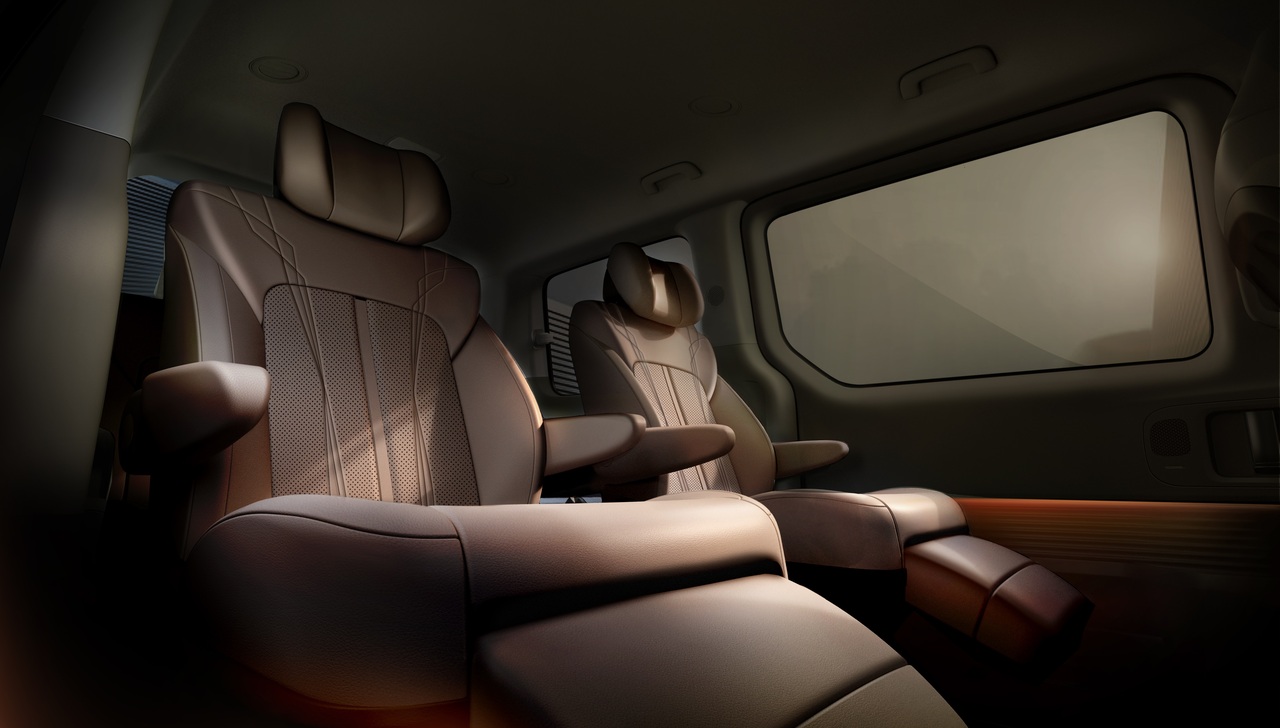 We’ll know more about the newest Hyundai Staria in the coming weeks. If the new Kia Carnival is any indication, Staria will ride on Hyundai-Kia’s new midsize platform, powered most likely by the Carnival’s 290-horsepower 3.5-liter gasoline V6 engine. Other markets may receive an updated CRDi diesel motor, although nothing is definite as of this writing.