Fully driverless vehicles that can shuttle you from A to B may still be a few years out, but a car that can briefly switch into Level 4 autonomy when the driver is incapacitated might step in to save lives much sooner. That’s what Hyundai Mobis is aiming for, anyway, with its new drowsy driver safety technology. Making its debut at CES 2018, the Departed Driver Rescue & Exit Maneuver – or DDREM – system promises minimal extra hardware for automakers, and a much smaller headache for regulators.

That’s because, unlike autonomous car projects which aim to remove the flesh & blood driver from behind the wheel for the entire journey, DDREM counts the trip as successful if it’s never actually triggered. According to the AAA Foundation for Traffic Safety, over a fifth of deaths in traffic in the US each year are down to drivers operating their cars while drowsy. It’s that which Hyundai Mobis is focusing on.

“By narrowing our focus to the safety aspects of autonomy,” David Agnew, director of autonomous research development at Hyundai Mobis North America, “we can bring lifesaving level 4 autonomous technology into passenger cars quickly.”

What’s clever about the DDREM system is that it’s almost entirely dependent on existing driver-assistance technologies found in a significant number of cars already on the market. It takes advantage of electric power steering and electronic brakes, along with radar and camera systems, to control the car and briefly see what’s going on around it. Finally, a little mapping data and GPS allow it to move the vehicle to the nearest safe space where it can park up and wait for the emergency services. 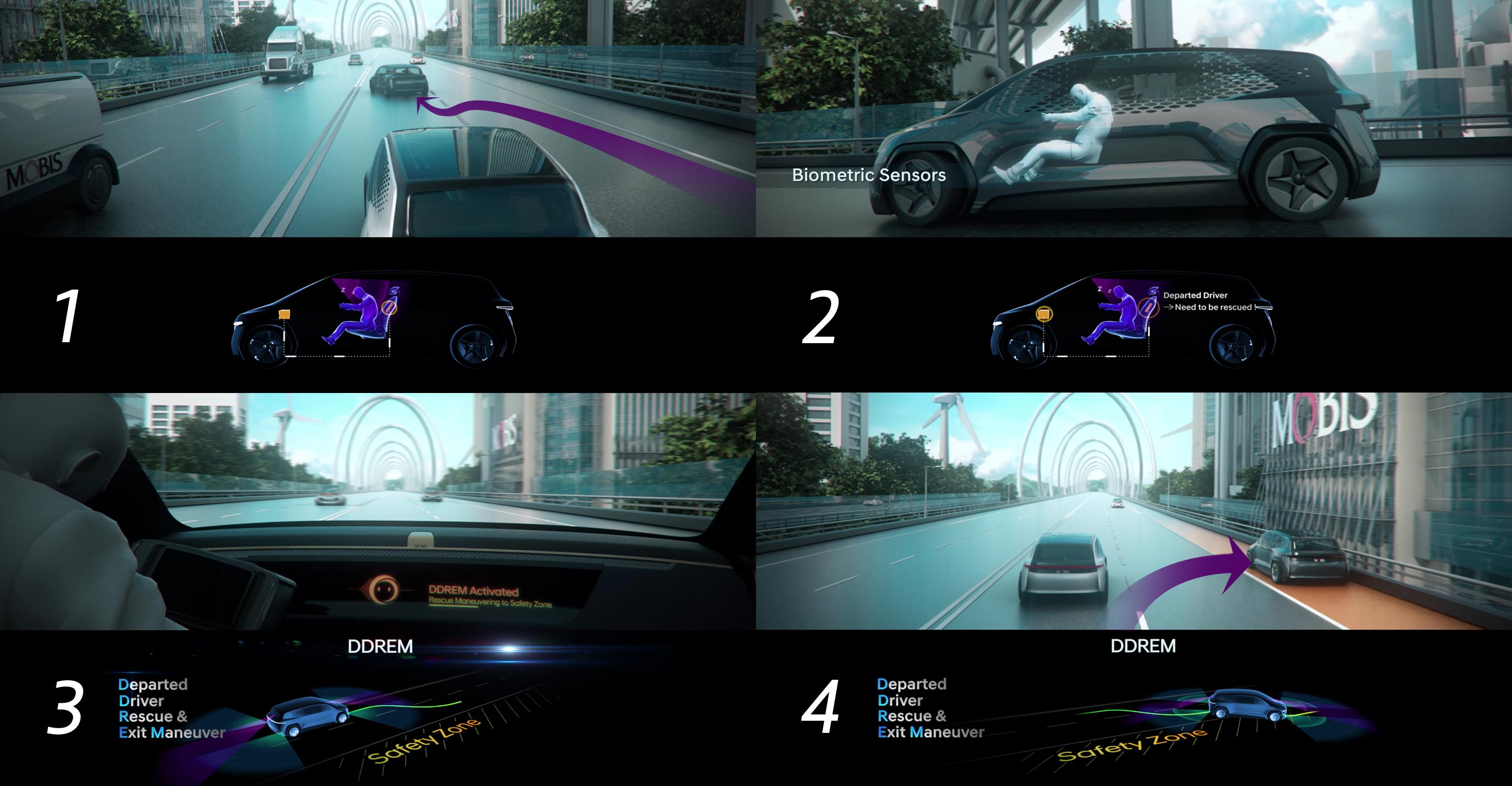 Indeed, Hyundai Mobis claims, most “rescue” scenarios where DDREM is active would only involve the car driving itself in fully-autonomous mode for under a mile. That cuts down on the complexity of the overall system required, as well as reduces exposure of other road-users to the Level 4 technology.

The only new hardware most vehicles would require is an infrared camera, much like Cadillac uses in its Super Cruise system. That’s mounted internally, and watches the driver’s facial and eye movements to figure out if they’re actively monitoring traffic, if their blinking patterns change, or if any other symptoms of drowsiness are shown. It works even if the driver is wearing glasses.

That data is combined with information from other existing systems in the car. For instance, if the driver is weaving out of lane, crossing lanes unexpectedly, or making any erratic movements, that would also be a sign that they’re sleepy and not driving safely.

If, after all that, the system decides to step in, it automatically switches over to Level 4 autonomous mode. Identifying a safe space on the map, it pilots the car there and summons emergency care. Hyundai Mobis says that it’s also looking at ways to extend DDREM so that it could take over if the driver had a medial emergency, such as a heart attack, seizure, or fainting. Should an automaker be interested, the company claims, it could have DDREM on a production car by 2022.