Apple may be mighty pleased with its new 140W charger for the 2021 MacBook Pro, but Hyper is already trying to eclipse that a pair of new 245W chargers. Despite the name, however, these two new HyperJuice models aren’t quite what you might expect – though that doesn’t make them any less useful for most people.

They follow the company’s beefy 100W GaN models from last year, but more than double the potency for – in theory – even swifter recharges. GaN, or Gallium Nitride, is increasingly being used in high-end chargers, primarily because of its heat properties. Heat output is an inevitable side-effect of charging, where AC current is converted into DC for a device like a phone or laptop.

Problem is, the more heat, the more space needs to be left between the charger’s components, and thus the larger the adapter itself ends up. GaN chargers, in contrast, can be more tightly condensed, and thus an adapter capable of powering a laptop can be scaled more like the sort of charger you’d think of using with your phone. At the same time, GaN’s greater efficiency than silicon at conducting higher voltages also makes for chargers that pack more of a punch. 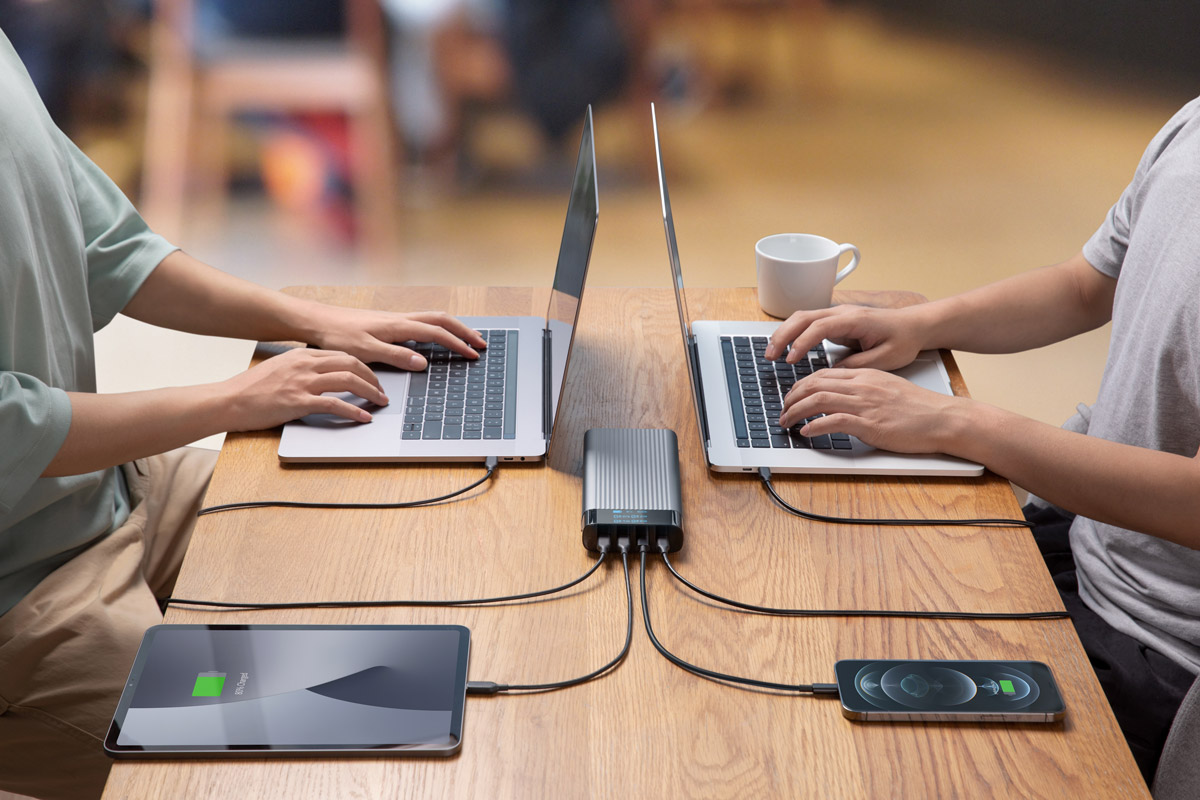 Hyper’s newest models aren’t quite as small as some we’ve seen – or, indeed, prior HyperJuice models – but they’re seriously potent. The HyperJuice 245W GaN Charger is the smaller of the two, with four 100W (max) USB-C Power Delivery (USB-C PD) ports. 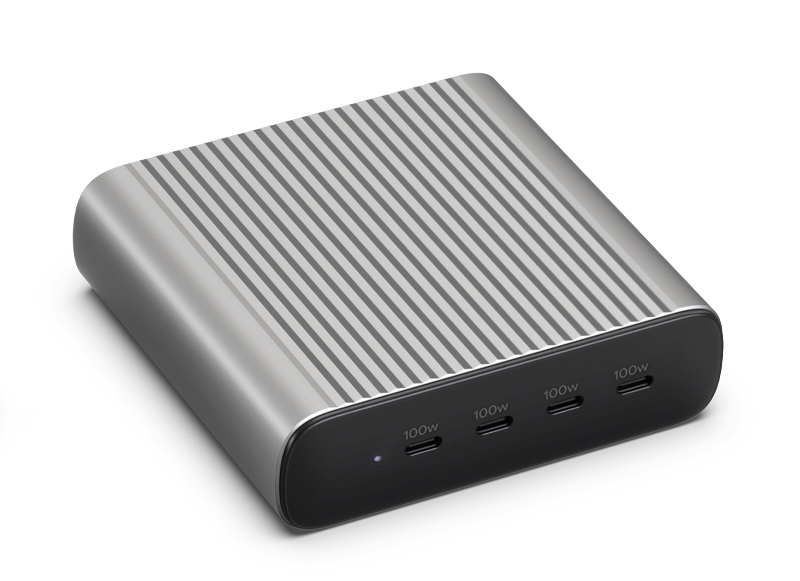 The HyperJuice 245W USB-C Battery Pack, meanwhile, takes a portable power approach. It has a 27,000 mAh / 100 Wh battery inside, two 100W (max) USB-C PD ports, and two 65W (max) USB-C PD ports. An OLED screen shows overall charge status and how much each port is supplying, and it can handle a 100W input.

In total, Hyper says, the battery pack can charge an iPhone 13 nine times over, or an M1 MacBook Pro 13 twice. There’s 100W pass-through charging – so you can charge up the internal battery in about an hour, while still charging connected devices – and the whole thing tips the scales at 1.68 pounds. 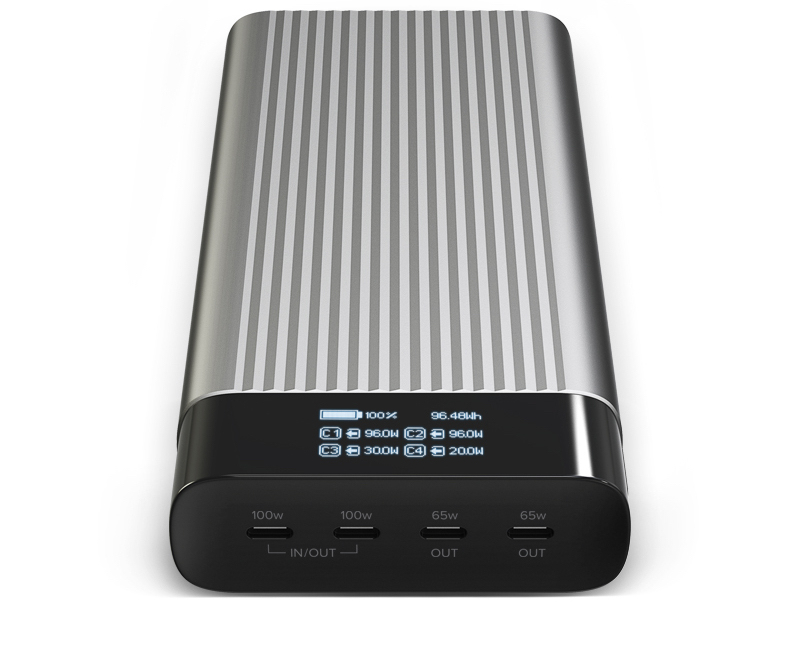 The reality is that, despite the big “245W” branding, none of the ports on either model actually supplies more than 100W on its own. Apple’s charger for the new MacBook Pro may only have one USB-C port, but it still delivers 140W. That means you won’t be able to use the HyperJuice chargers to fast-charge the most expensive MacBook Pro 16-inch.

Still, for most people, with most devices, this could end up being more useful overall – trying to keep a phone, tablet, laptop, and other devices all charged up on the desktop. It’s also priced competitively; Hyper is using Indiegogo to launch the two new chargers, with shipping expected from December 2021 if all goes to plan. The HyperJuice GaN Charger is priced from $99 (versus a “regular” price of $199 post-campaign), while the HyperJuice USB-C Battery Pack is from $149 (versus $299 “regular” pricing).