Two new editions of the Huawei Watch GT were leaked with minor changes from the original. All run the same software – a mobile OS made by Huawei for devices just such as this – and connect with Android and iOS. Each looks almost identical to the other – save some of the tiniest details in industrial design. Both new watches are likely set to launch with the Huawei P30 and P30 Pro.

The Huawei Watch GT Active and Huawei Watch GT Elegant were revealed in a leak by WinFuture this morning in green and orange. The one on the left they call “Dark Green,” and the one on the right they simply call orange. Again, these devices look almost identical so it’s difficult to really tell if we’re looking at different models, or just different watch straps.

Above you’ll see the original Huawei Watch GT. Below you’ll see the leaked image of two other watches. It’s not immediately clear if these are going to be packaged differently from the original, or if they’ll have a bigger battery, or… what exactly’s different. Beyond some MINOR aesthetic tweaks. 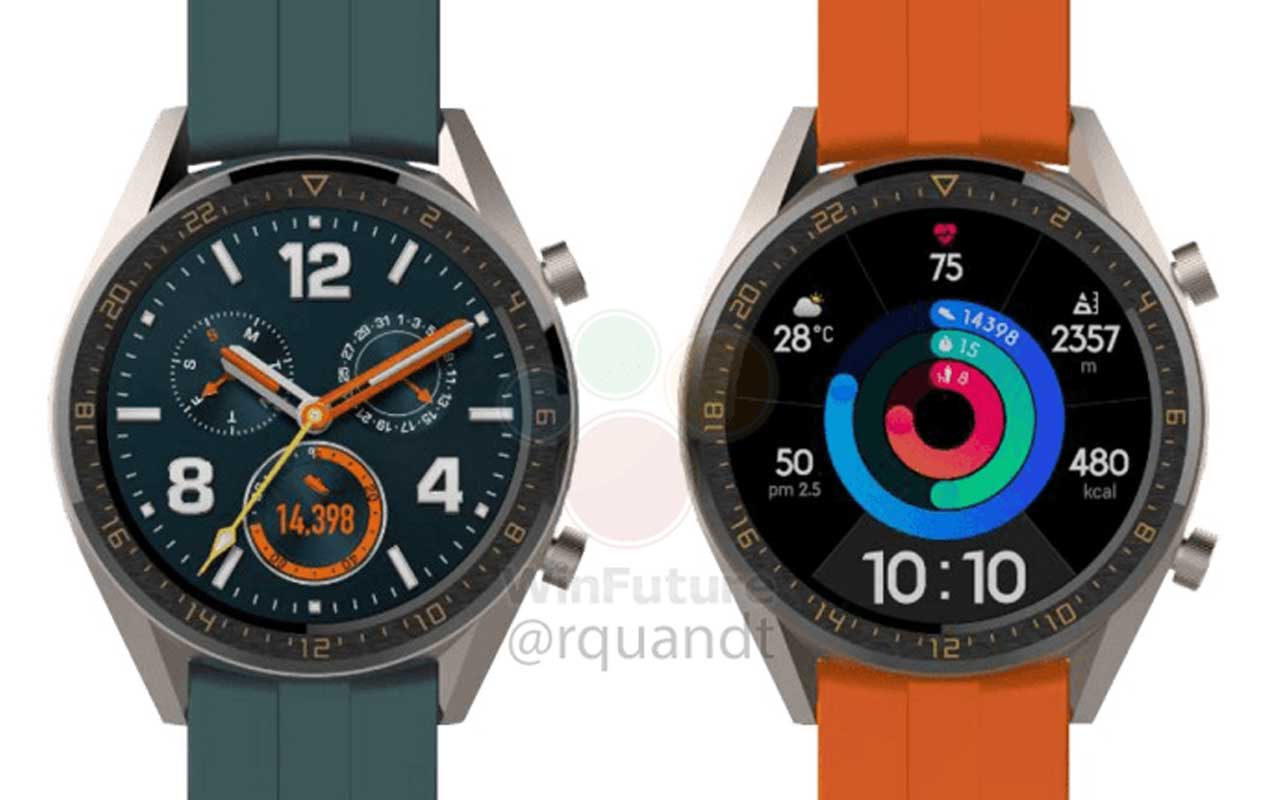 According to the leaker of this information, and the image, the Huawei Watch GT Active will launch soon for around 250 Euro. The Elegant version is apparently set to be launched for around 230 Euro. If I had to guess, I’d say these devices would not be launched inside the United States. Not when they’ve already got the nearly-identical original out for sale right now.

Likely something’s changed in the way the active watch is resistant to water and dust – while the Elegant version just throws us for a loop, if the pricing is right. Elegant usually means more extravagant, when it comes to mobile devices. Here I guess we’re going the other direction.