NOTE: This device family will launch with Huawei Mobile Services, HMS, instead of GMS, Google Mobile Services. This means it’ll not have access to Google apps, or the Google Play app store. Instead, it’ll focus on Huawei’s suite of apps.

The Huawei P40 Pro has a display that’s wrapped down its right and left sides, and runs right up unto the top and bottom frontside of its body. There’s a pill-shaped punch hole in the front upper left. In that hole, an array of cameras and sensors rests, allowing this device to surpass the abilities of almost every other phone on earth.

The front-facing cameras and sensors on this device allow 32-megapixel photos with f/2.2 apertures – the same setup on two cameras, one “main”, the other used primarily as a depth sensor. There’s also an IR sensor – infrared, for face-sensing.

Per sources working with WinFuture for leaks, we’ve got two devices here with the same processor setup. The Kirin 990 OctaCore CPU, 2x Cortex-A76 2.86 Ghz, 2x Cortex-A76 2.36 Ghz, 4x Cortex A55 1.95 Ghz will apparently be the hero, regardless of pro status. 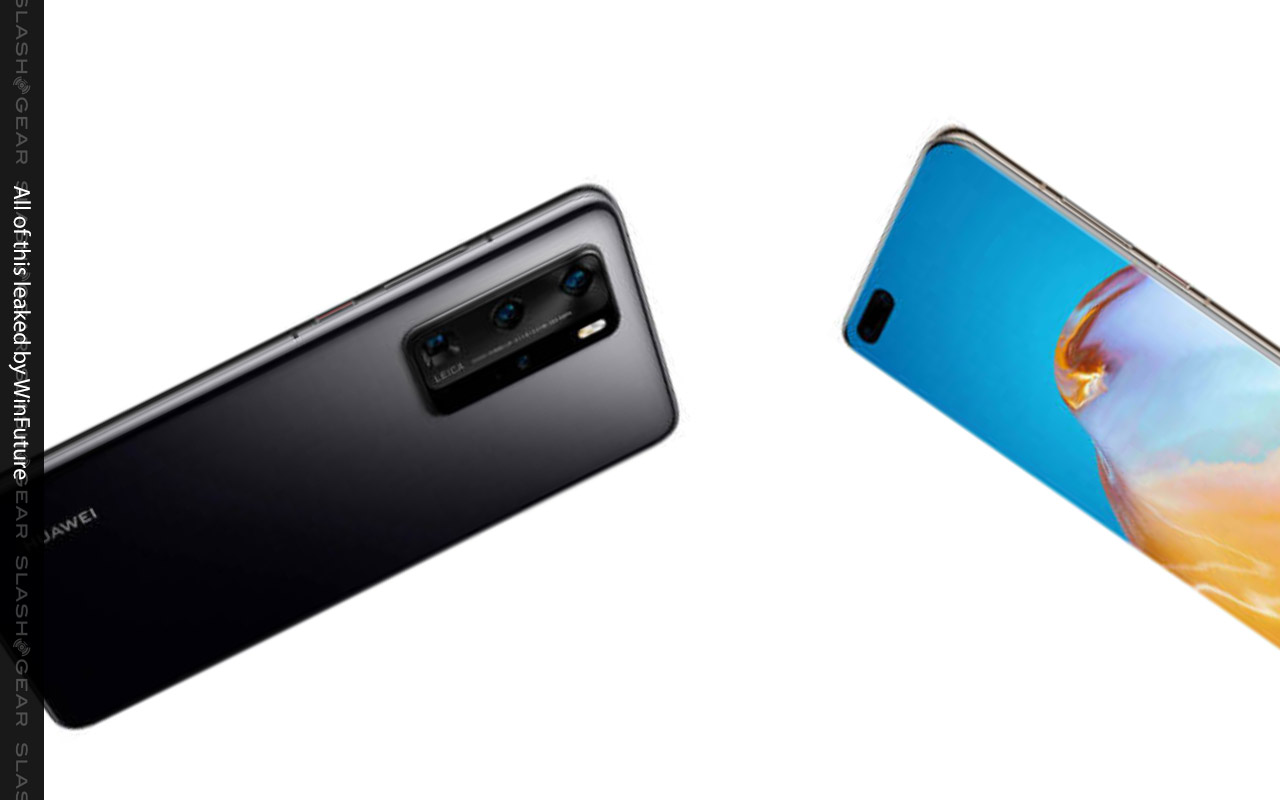 The back-facing camera setup on the Huawei P40 Pro centers on a 50 megapixel UltraVision shooter with RYYB, 4-in-1 pixel binning, and an aperture of f/1.9. This device’s camera setup has optical image stabilization right out the gate, a 40MP camera with ultra-wide angle lens, and a 12MP “SuperSensing” camera with f/3.4 aperture.

This device family has a fingerprint sensor (fingerprint reader), proximity sensor, ambient light, compass, and an acceleration sensor. It uses a USB-C port for power and data, and sports dual-SIM card readers (2x nano-SIM), with NanoMemory – that means you’re not going to be able to use your standard microSD card from the past.

Sources suggest that these devices will be available in Europe within the next couple of weeks. That means they’ll likely be out for sale in stores and online inside of April, 2020. The Huawei P40 and P40 Pro will be available in a variety of colors, Silver, Gold, White, Black – and likely additional colors after initial launch.