The smart foldable phone Huawei Mate Xs was revealed by the company today with a planned release in March 2020. This new version of the Huawei Mate X foldable display-toting smartphone first revealed in February of 2019. That’d make a 1-year birthday party seem obvious – though the exact timing of the event at which we’ll see this new Huawei Mate Xs was not pinpointed. We’re expecting we’ll see Huawei Mate Xs at a Huawei presentation at Mobile World Congress 2020.

Back in August of 2019 it was rumored that the Huawei Mate X would launch with a Kirin 990 processor. Per a interview with Frandroid, it looks like that prediction is coming true – sort of. If you consider the “s” version of a smartphone to be the same as the non-s original version, then the prediction was sorta true. 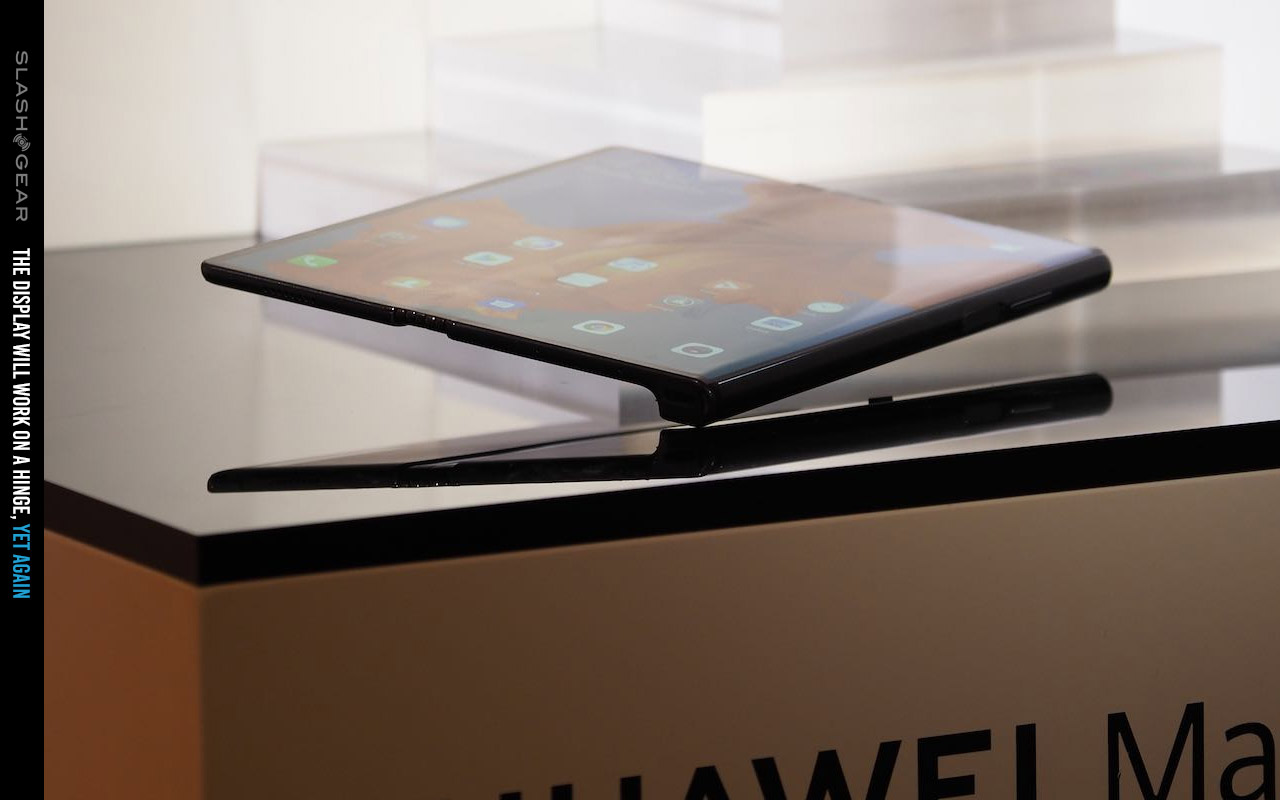 Normally such a decision wouldn’t be up in the air, but this release was not a particularly normal sort of situation. Because of the care that needed be given to the implementation of the hardware, it was entirely possible that this phone, revealed all the way back in February 2019, wouldn’t be released until early 2020.

You don’t want to go ahead and release too early and have yourself an obsolete device right out the gate. Instead, Huawei decided that they… didn’t need to follow any sort of script when it came to rules about releasing a phone more than once. In around March 2020, there’ll be a “revised” version of the Huawei Mate X, called Huawei Mate Xs, coming with a Kirin 550 SoC (chipset) with 5G connectivity in the mix.

Take a peek below at our first hands-on with the Huawei Mate X earlier this year. This was the first time Huawei felt confident enough to bring the device close enough to the press that we were able to fold the display with some ease. Watch the way in which the panel works and see if you can spot the point at which it’s obvious that improvements need be made.

The Huawei Mate X is the first major foldable display-toting smartphone from Huawei. Huawei is one of the fastest-growing and most massive smartphone companies in the world today. Have a peek at our full Huawei Mate X revealed feature to learn more about this interesting piece of hardware.