Chinese manufacturer Huawei is scheduled to make a big media splash later this month, but the Honor, or Glory, 6 that is expected to debut there could also be a flop. A new set of photos allegedly of the device has leaked out again, and, in all honesty, it looks quite similar in design to other manufacturers’ smartphones, including what might be a fingerprint scanner.

Last week, Huawei sent out invitations for a June 24 media event. Here, the number 6 is clearly seen. This has given confirmation that the company’s next flagship won’t be called Honor, or Glory in other parts of the world, 4 even if the previous one was the Honor/Glory 3. The theory is that Huawei wants to match numbers with the likes of Apple and Samsung, whose next flagships bear the number 6.

Judging from these photos, Huawei might also be trying to match up with others in more than just numbers. The Honor 6 as depicted in these pics bear some resemblance to Samsung’s smartphone design, though the latter will probably not be able to claim so in court the way Apple has. But more interesting is the square area right below the camera. Right now, the guess is that it is a fingerprint scanner, which would most likely be compared to the HTC One Max. Although at the moment, the area looks more like a placeholder than an actual sensor. 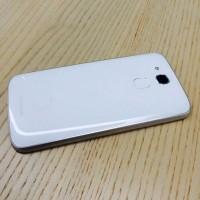 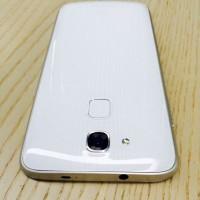 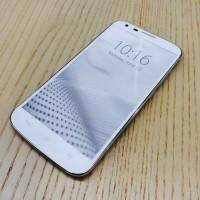 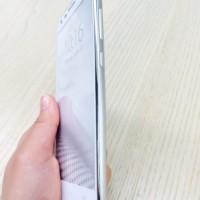 In terms of specs, the Huawei Honor/Glory 6 will be sporting some rather high-end hardware, though the processor might make some raise an eyebrow. This will be the Kirin 920, a 1.3 GHz octa-core chip made by Huawei subsidiary Hisense. Hisense isn’t exactly well-known in the industry, even compared with budget-friendly MediaTek, so its exact performance is still a big question mark, though one benchmark shows it reaching Qualcomm Snapdragon 805 scores. But paired with this will be 3 GB of RAM, the same amount that both the Samsung Galaxy Note 3, but not the Galaxy S5, and one variant of the LG G3 have. The screen will reach 5 inches with a 1080p resolution, not exactly the highest but not bad either considering the size.

Huawei will be laying all its cards on the table next week and we will finally get to see if the Honor 6 will have what it takes to compete with other brands fighting for a space in the even more crowded Chinese market. Availability and pricing are not yet known, but the Huawei Honor 3 launched last year with a $310 price tag, which sort of establishes the baseline for what could come next.