Huawei‘s recently announced super-slim Ascend P1 Android smartphone has just arrived and we’re taking it for a spin. The slim 7.6mm thin Android 4.0 Ice Cream Sandwich handset made its debut at CES this year, but will finally be available this month across the world. It’s thin and lightweight but what about the rest? Read on for our first impressions and hands-on video.

It isn’t the largest phone, coming in with a 4.3-inch display but Huawei’s done a great job with all the other specs. This phone might not stack up to the recently announced Galaxy S III, but will hold its own just fine. Inside is a 1.5GHz dual-core TI OMAP4460 processor, 1GB of RAM and 4GB of internal storage, while up-front is a 4.3-inch 960 x 540 Super AMOLED display. The screen isn’t HD but you’d hardly tell from looking at its crisp and vivid colors. 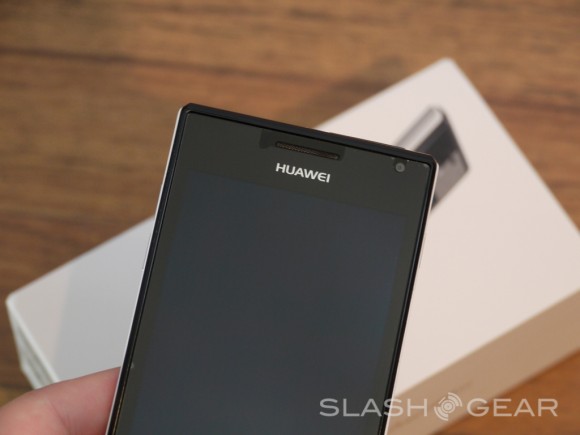 Huawei also added an 8 megapixel rear camera with dual LED flash, as well as a decent 1.3 front shooter for those popular self portraits. When we said the phone was slim — we meant it. This thing comes in at 7.69mm and is one of the thinner phones on the market. The Ascend P1-S is coming later this year and will be the “world’s thinnest” according to Huawei. 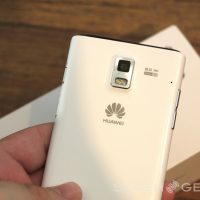 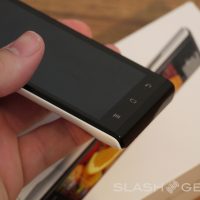 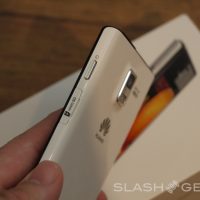 The screen is crisp and vibrant thanks to the AMOLED panel, speed and performance seems swift thanks to Android 4.0 ICS and the dual-core processor, and build quality is steadily improved from past Huawei phones. They still seem to be aiming for Samsung’s style with a cheap feeling lightweight plastic design, but we didn’t experience any flex or anything of concern. For now check out the hands-on unboxing video below and stay tuned for the full SlashGear review. 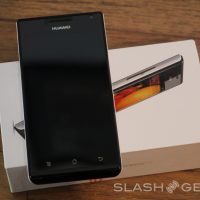 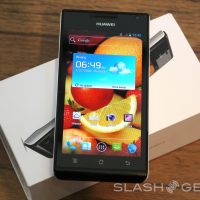 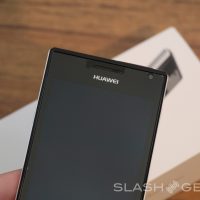 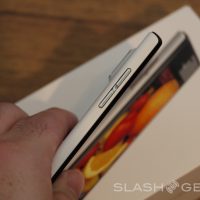 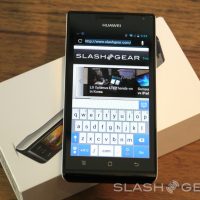 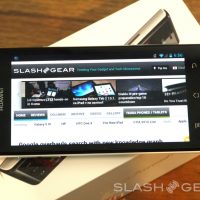 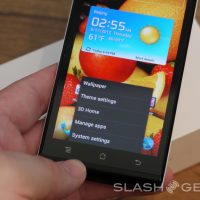