The HTC One X and One S made their European debut on Monday, impressing us here at SlashGear as well as reviewers across the internet. The phones are expected to ship from retailers tomorrow, and the UK carriers have announced their pricing plans for the handsets. We’ve rounded up all the necessary information, so head on past the jump if you’re interested in picking up either handset and want the best deal.

So far, all the UK carriers have expressed their intent to carry the HTC One X. Orange and T-Mobile said yesterday that the handset will “coming soon” to their networks. Both have posted information pages on their respective websites, and have said via press release that the phone should come in for Free on a £41/month tariff.

O2 has the handset right now. The One X will cost you nothing on O2’s new “On & On” tariff, which costs £36/month on a two-year contract. That nets you unlimited minutes, unlimited texts, and 1GB of data. If you need 2GB of data, the price increases to £41/month. The cheapest you’ll be able to pick the phone up on a two-year contract is with an upfront cost of £79.99 and monthly payment of £31. That gives you 300 minutes, unlimited texts, and 1GB of data. If think you don’t need that much data, O2 offer between 100 and 750MB depending on the tariff, which would save you some money.

Vodafone is offering pre-orders for the white HTC One X for Free on a £41/month tariff with a two-year contract. That plan includes 900 minutes, 3000 texts, and 1GB of data. If you don’t want to pay that much monthly and are prepared to shell out some money up front for the phone, then you can drop down to a £36/month tariff. The phone will cost £99, and your minutes will decrease to 600. Paying £199 upfront will drop the cost further to £31/month, although you’ll only get 300 minutes and 500MB of data with that tariff.

Three, meanwhile, are offering a slightly better deal. The HTC One X will be available for Free on The One Plan, which costs £38 a month. With that you’ll get 2,000 minutes, 5,000 texts, and “all you can eat” data, including tethering. If you want an ever so slightly lower monthly cost, then the Ultimate Internet 500 plan offers the handset for Free on a £35/month tariff, with minutes dropping to 500. Tethering, however, isn’t included. Whichever plan you choose, Three are shipping the HTC One X right now. 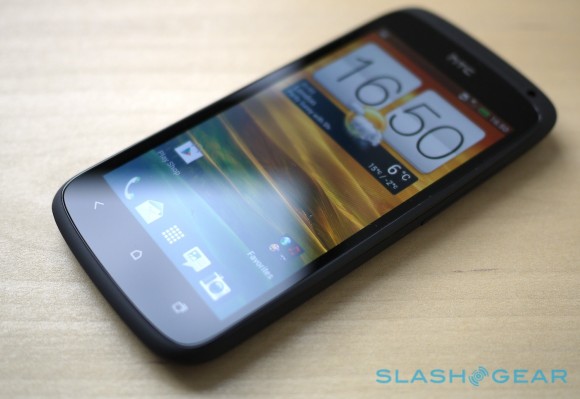 All of the major UK networks will be offering the HTC One S. O2, Orange, and T-Mobile all have links on their websites that will inform you when the networks release pricing and availability information. Orange and T-Mobile have said via press release that the handset will be available for Free on a £36/month tariff.

Once again, Vodafone are taking pre-orders for the One S and show the full tariffs on their website. You’ll be able to pick the phone up for Free on a £36/month tariff, which gives you 600 minutes, unlimited texts, and 1GB of data to play with. If you pay £99 up front, the monthly costs drops to £31/month, as do your minutes to 300, and data to 500MB. The cheapest tariff will run you £26 a month with the phone costing £199, but you’ll have just 100 minutes, 500 texts, and 250MB of data at your disposal.

Three seem to be offering the better deal, and have the handset in stock right now. Ultimate Internet 500 gives you the handset for Free on a £32/month tariff, with 500 minutes, 5,000 texts, and “all you can eat” data. The cheapest tariff comes in at £24/month with a £99 upfront cost for the phone, which only gives you 100 minutes and 250MB of data, but still presents better value than Vodafone. All tariffs are two-year commitments.

AT&T will be offering the HTC One X in the United States, although there’s no word on pricing or availability. The US version of the handset will feature a Qualcomm dual-core 1.5Ghz Snapdragon S4 processor instead of NVIDIA’s Tegra 3 chip, although from our own testing, performance doesn’t seem to take a hit, even besting the quad-core chip in some tests. Be sure to check out our reviews of both the HTC One X and One S!