Amid delays from US customs after a patent dispute several months old, the HTC EVO 4G LTE appears to be prepared to be launched in the United States through Best Buy for pre-order customers. The “PRE-ORDER UPDATE” you see here comes with emails sent to Best Buy pre-order hopefuls for the new LTE phone, bringing hope to those who found themselves empty-gutted at news that their next most favorite smartphone would be delayed “indefinitely” earlier this week. This update allows us to once again say yes, feel free to pick up the phone if you love HTC One series hardware without the actual name attached.

Have a peek at our two giant hands-on experiences with this device before you go running open-armed to Best Buy, folks – though they’ll probably encourage you to turn around and run twice as fast anyway. First peek at our HTC EVO 4G LTE New Orleans ImageChip Tour, this made possible by the fine folks at HTC and their CTIA 2012 tour bus bringing us along the coast to some graveyards, the red light district, and more. 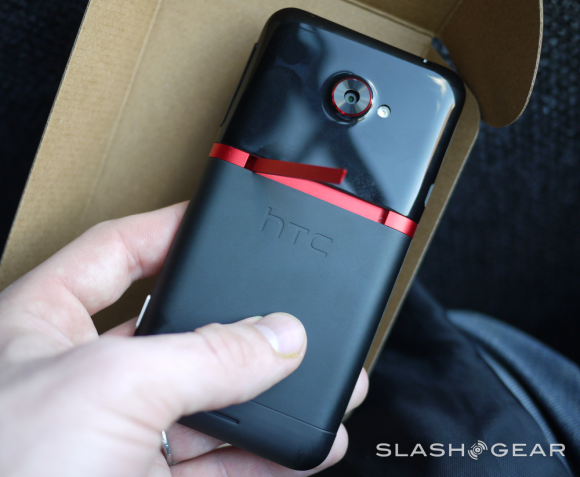 Then check our our full review of the HTC EVO 4G LTE in all its glory. This smartphone is the only one outside the HTC One series to feature the HTC ImageSense chip for advanced photography action and is so thin you’ll not find a more fantastic feeling phone on the carrier it rolls with – guaranteed. This device also has a kickstand, for those of you missing it since HTC stoppered up that process back at the ThunderBolt, and also works with Android 4.0 Ice Cream Sandwich and Sense 4.0.

This smartphone also works with Qualcomm’s fabulous Snapdragon S4 dual-core processor which you’ve just got to get to know better if you’ve not done so already. It’s a swift beast from mobile heaven! Also – thanks for the tips to everyone who sent this in!