All eyes may be on HP‘s new Spectre 13.3, dubbed the world’s thinnest notebook, but if sacrificing touch and 4K are too big a compromise for you, fear not. The new ultraportable makes do with a non-touchscreen Full HD display – not to mention only USB-C ports for connectivity – in order to hit its 10.4mm thickness, but there are three other new HP models revealed today which balance their scales a little differently.

The HP ENVY 15.6 and ENVY 17.3, for instance, eschew fancy hinges for more traditional notebook form-factors, though they do have a fairly clever design which slightly elevates and tilts the keyboard when the lid is open for more comfortable typing. 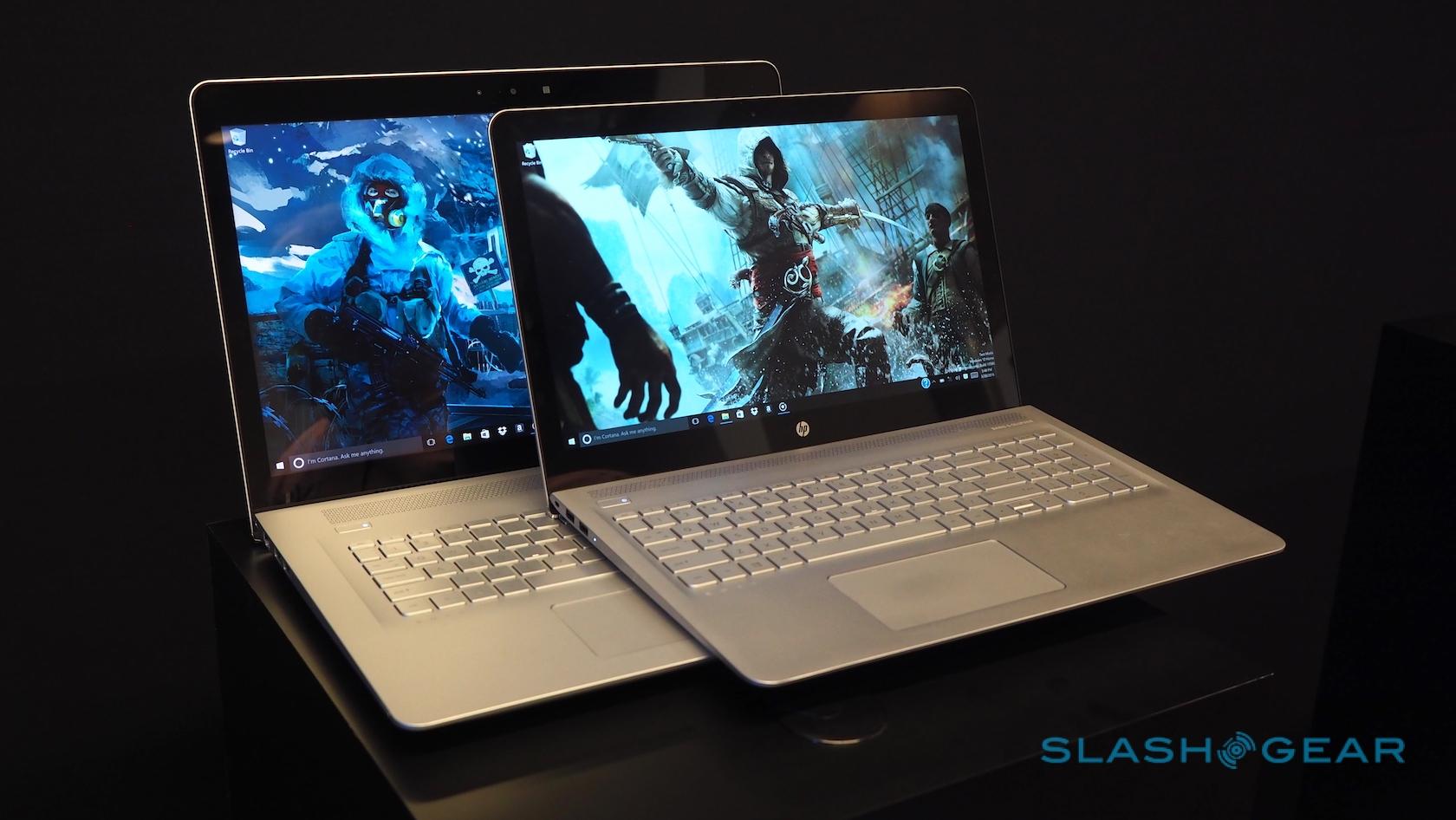 The ENVY 15.6 is all-metal, tipping the scales at 4.4 pounds and coming in at 17.95mm thick. It can be had with up to Core i7 processors and either UMA or Intel Iris GFX graphics, and up to 16GB of memory with dual-storage options of up to 1TB of HDD and up to 256GB of PCIe SSD.

Battery life is up to nine hours, HP says, with fast-charge for up to 90-percent of battery life in 90 minutes. 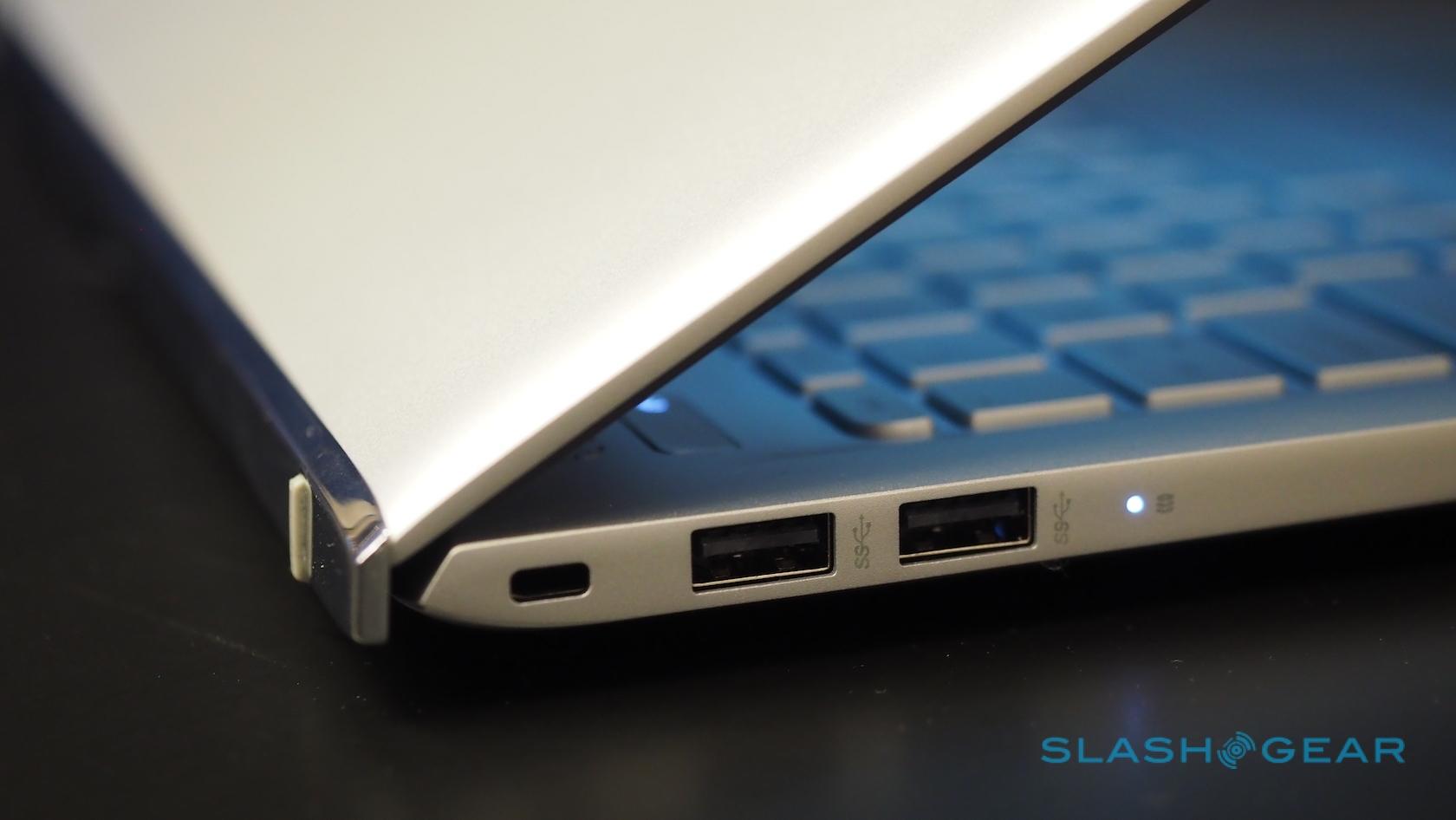 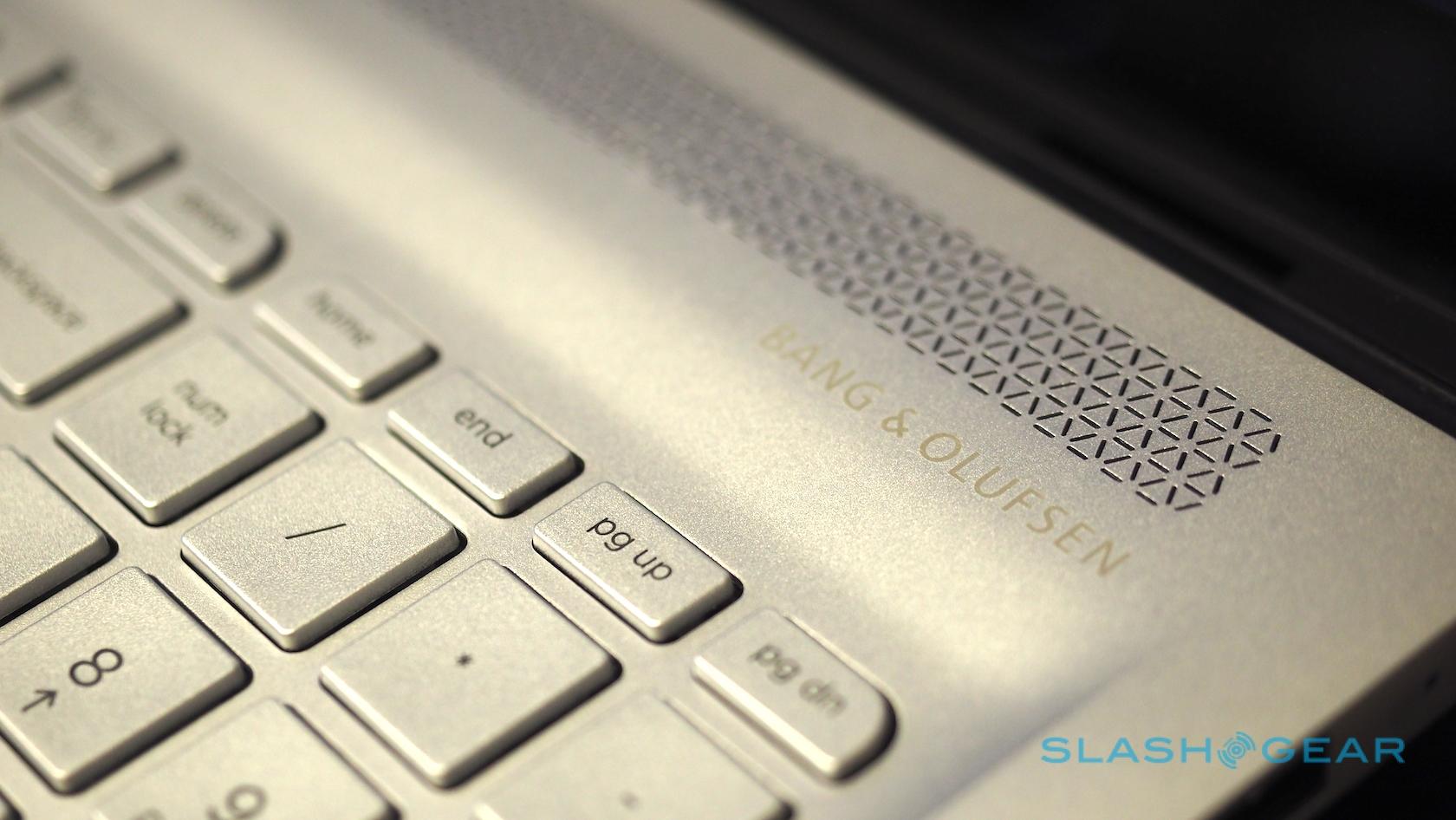 Both get a choice of Full HD or 4K displays with optional touch, three USB 3.0, a single USB-C for data-only (i.e. no video output), HDMI, and an SD card reader; the larger of the two also gets gigabit ethernet. Bang & Olufsen lends its tuning skills and its name to the speakers, while there’s an optional HD IR camera on the smaller model, and optional Intel RealSense camera on the larger, both of which will support Windows Hello. 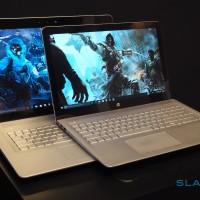 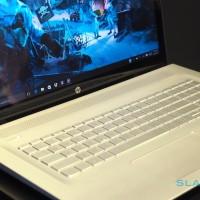 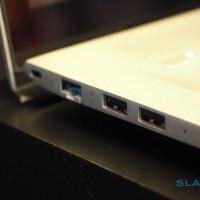 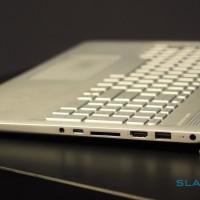 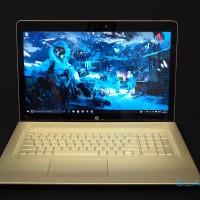 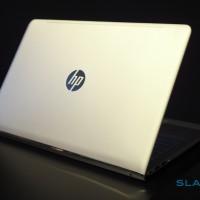 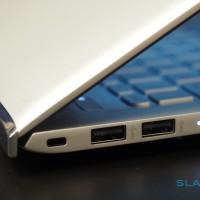 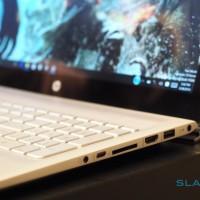 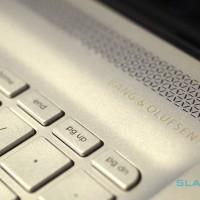 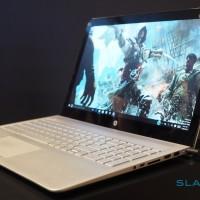 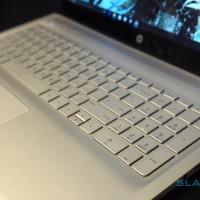 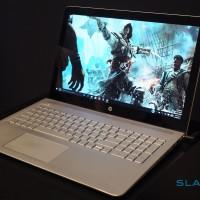 If tablet-style computing is a must, meanwhile, the HP ENVY x360 15.6 has just that. Using HP’s clever dual-rotating hinges, it has a 15.6-inch IPS Full HD touchscreen – with 4K UltraHD an option – and a choice of up to Core i7 processors with Intel Iris GFX graphics (with a silver body), or AMD FX 9800P quadcore processors with Radeon R7 graphics (with a black body). 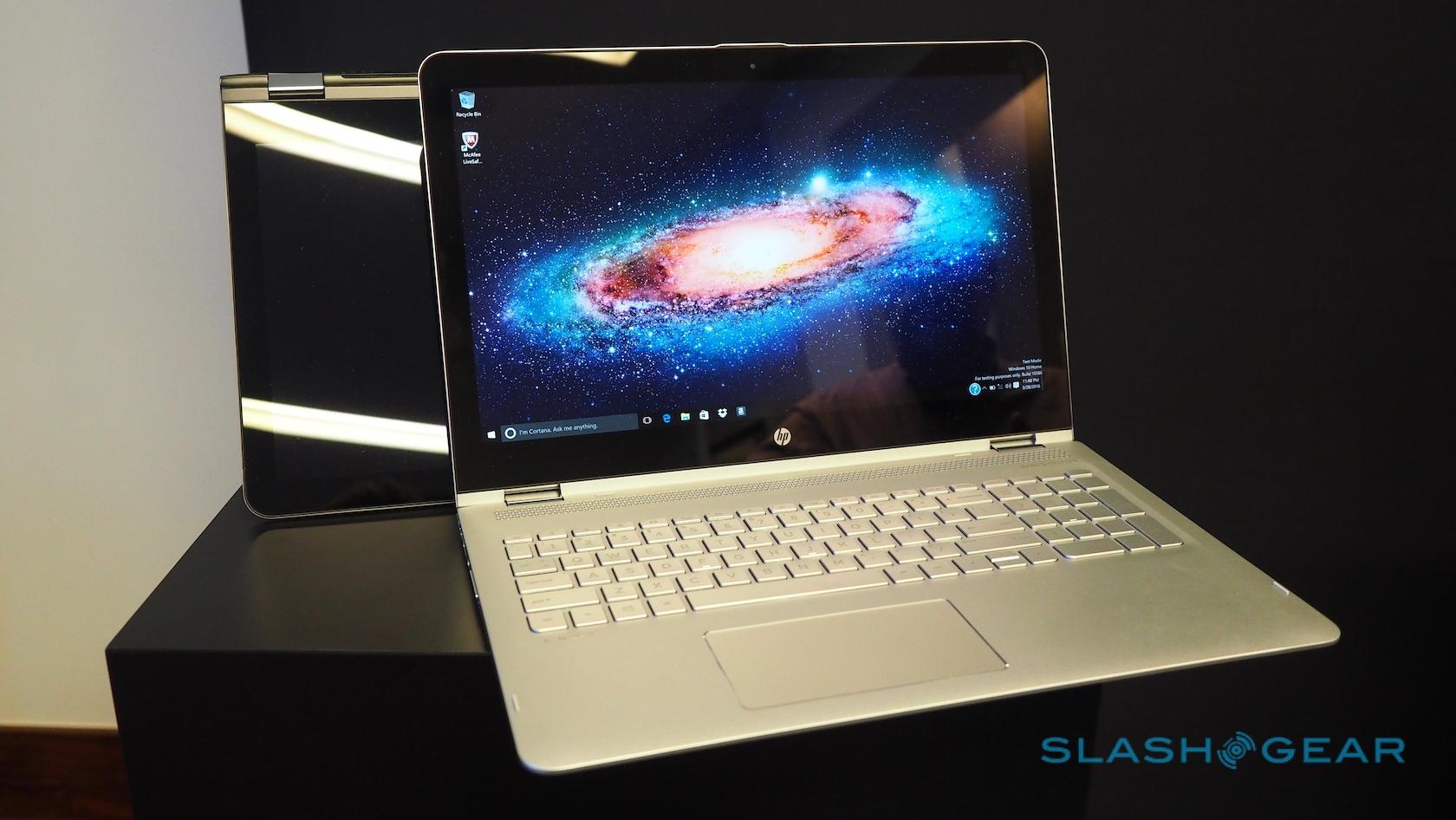 Either way, you get up to eleven hours of battery life, and a choice of single- or dual-storage configurations with up to 2TB of HDD or up to 256GB of PCIe SSD. Weight is from 4.5 pounds, while thickness is 18.8mm. 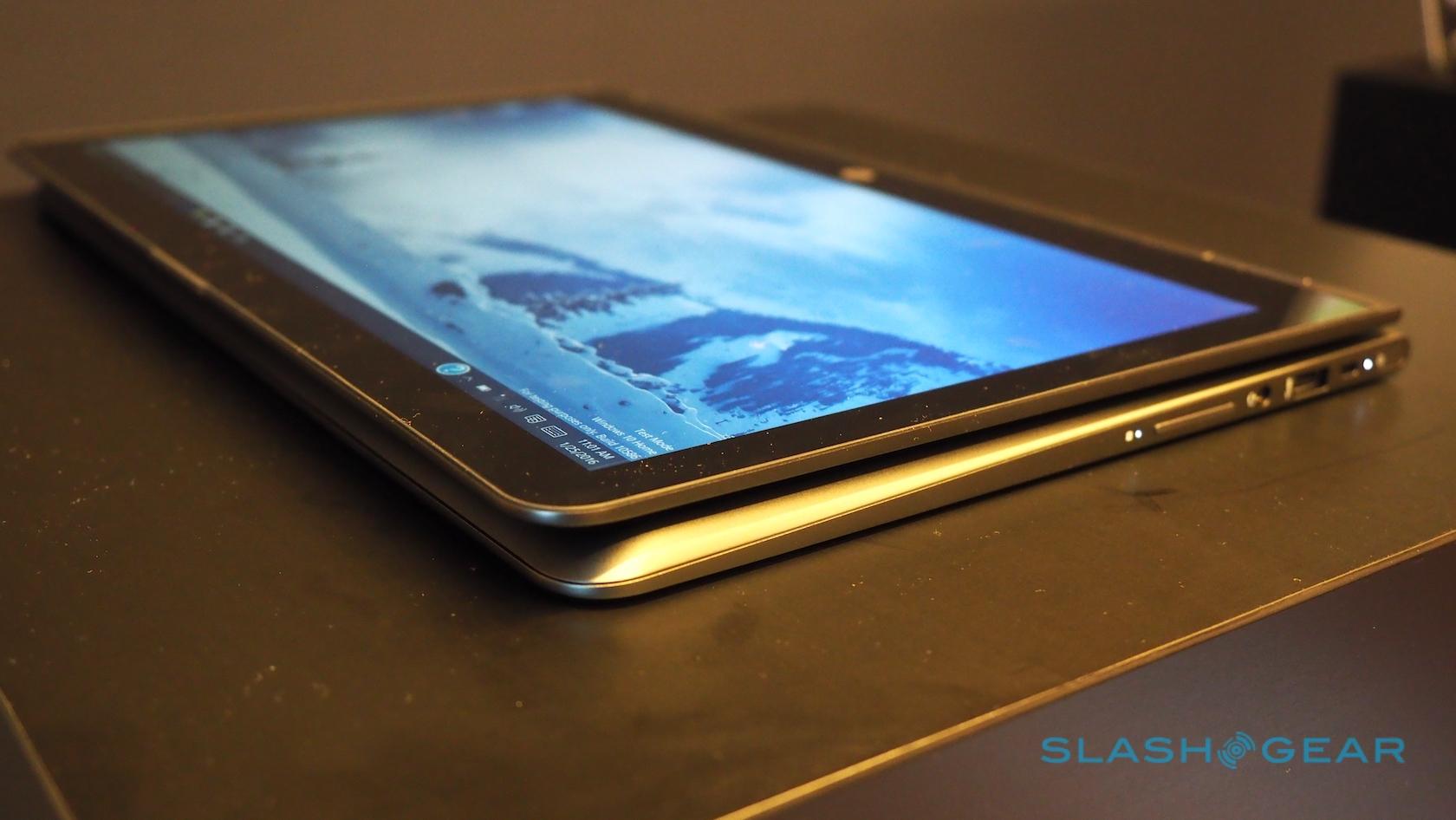 Ports include two USB 3.0, a single USB-C (for data-only, not video), HDMI, and an SD card reader, while Bang & Olufsen audio is also onboard and a backlit keyboard with 1.5mm key-travel. Opt for the Intel-powered version, and you optionally get an HD IR camera for Windows Hello; by default, it has a regular wide-angle HD camera. 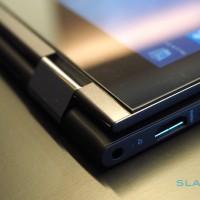 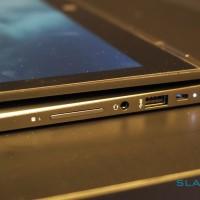 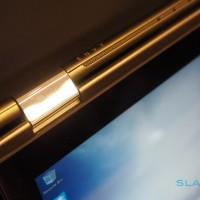 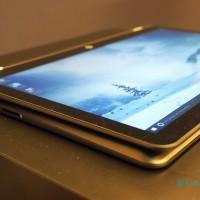 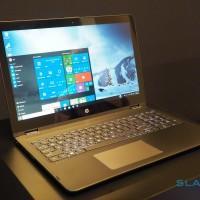 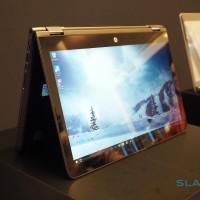 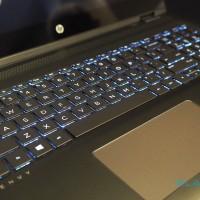 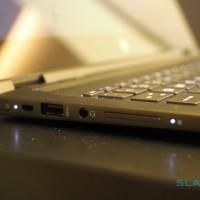 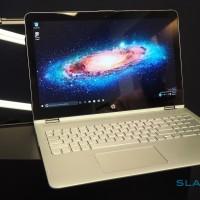 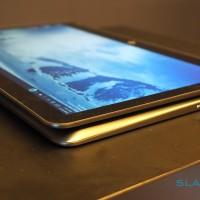