How will Apple spin a larger iPhone 6?

The market has spoken: big phones are in style, and by all accounts Apple will give consumers just what they want with both a 4.7-inch iPhone 6 and even a 5.5-inch version. It’s a sizable change in all respects from a company that has until now insisted that its approach to touchscreen dimensions has been the perfect one. So, the question becomes: how does Apple make the turnaround graceful, rather than face accusations it’s playing catch-up?

For a while, big phones looked like they might be a phase. With the increase in availability of 1080p LCD and AMOLED panels, however, the extra power of mobile GPUs to drive Full HD video and gaming on such screens, and high-speed LTE networks to deliver streaming video and other rich internet content, what once were derided as faddish “phablets” now look to be here to stay.

In comparison, the iPhone has increasingly started to look diminutive.

The flagship Android phones from HTC, Samsung, and – soon – LG are all 5-inches or greater. LG’s upcoming G3 is expected to use a 5.5-inch display running at a hefty 2560 x 1440 resolution; only a year ago, that sort of screen size was considered an outlier for the niche Optimus G Pro, but now it’s considered mass-market. 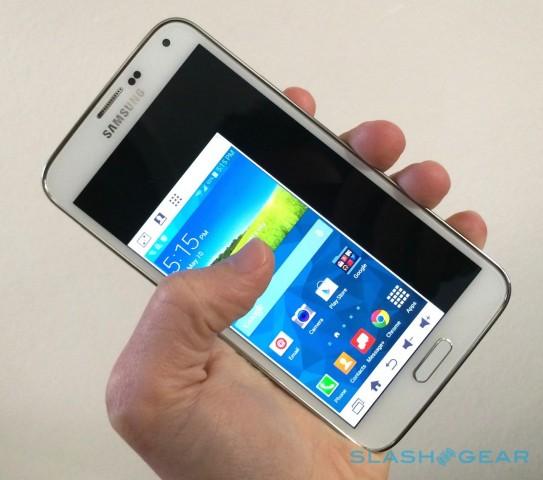 Apple’s argument has always been that it designs for hands, not fashion. The iPhone’s display is ergonomically better, so the Cupertino firm claims, because it allows for single-handed use. You can hold the phone and reach across with your thumb, and still hit controls in the corners.

Try that with a One M8 and you might just end up dropping it. Samsung even has a miniaturized version of its UI for the Galaxy S5, that can optionally be switched on for single-handed use. It’s hard to imagine Apple putting iOS into a sub-window and saying it makes usability sense, and yet the rumor-mill signs are pointing to a considerably bigger iPhone 6, and one that would seem to be at odds with the company’s historic attitude.

That’s not to say we’ve not seen a turnaround from Apple before: where the company has vehemently insisted something is Officially A Bad Idea… right up until the point when it does it itself.

Nobody would want to watch video on an iPod, for instance; that is, until Apple added video support to the iPod. The perfect size for an iPhone is 3.5-inches and no larger; until the 4-inch iPhone 5. A tablet smaller than the 9.7-inch iPad would demand you take sandpaper to your fingertips, Steve Jobs memorably argued… now the 7.9-inch iPad mini is a best-seller. 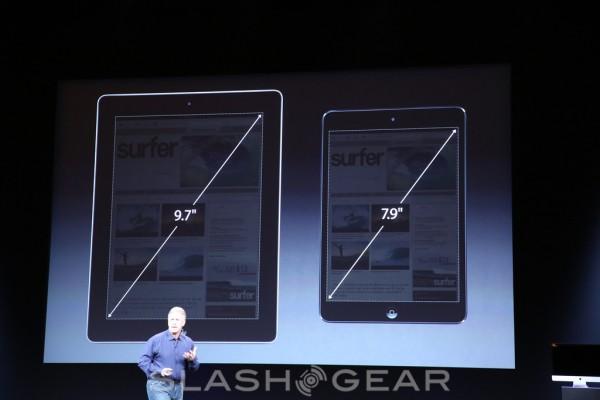 Whether it’s hypocrisy, misdirection, or attention to detail – Apple always has a valid-sounding justification for its new product, after all – depends on where you sit on the “Apple knows best” scale. Easier, maybe, to agree that Apple takes no decision that won’t benefit it in some way.

Multimedia and gaming seem like obvious arguments: both are increasingly popular on mobile devices, and Apple’s rising processor power with the Ax-series of chipsets are getting ever-better at driving them. A growing appetite for web content will probably be another, plus the hybridization of phone and tablet. In a world with a 5.5-inch iPhone, does Apple still need an entry-level iPad mini with no Retina display?

Even if that entry-level tablet sticks around, one thing you can’t accuse Apple’s range of being is crowded. Where someone like Samsung has a phone and tablet filling just about every niche along the size scale, Apple has a clear gap between the 4-inch iPhone 5s and the 7.9-inch iPad mini.

Find all the latest news, rumors, and reviews in our Apple Hub

The challenge is to occupy those gaps while quietly pre-empting the observations that you’re suddenly embracing what was previously declared anathema. Perhaps iOS 8 will put even greater stock in voice control, bringing Siri further to the fore to aid those without super-stretchy thumbs who still want to use their big-screen iPhone 6 with one hand.

WWDC is likely to give us the first inklings of how that refreshed OS will work, though Apple will presumably play it cautious so as not to give too much away that could lead to hardware assumptions.

One thing is clear: Apple can’t afford to sit things out in the big-screen phone space any longer. At the most basic level, it’s missing out on selling people handsets – people who may instead be looking to Android or Windows Phone to get their large device fix. A bigger iPhone 6 seems like a case of “when” not “if”; question is, how will Apple make it magical?