News in the latest Pokemon GO update includes a change in the way the most mysterious Unown is shown in the game. The first step in making this update appear is to capture an Unown – for that, there is no simple solution outside of cheating. For those that are the sort of people who’ve given up on all other methods of capturing Pokemon like Unown, there’s always hacking – but I hope those folks don’t come running when the ban hammer hits again. And it’s coming, again and again, we can be sure.

For everyone else, there’s good news for the finding of Unown in Pokemon GO’s standard environment. The first Unown must be found the regular way – good ol’ luck. There’s no particular place where Unown is more likely to spawn, and no place where Unown can’t spawn. That is to say nowhere outside the middle of nowhere where no Pokemon spawn.

SEE TOO: Code information on Unown

Once the first Unown is caught, the Pokemon tracker adjusts a bit. Each time a new Unown appears on the tracker, it’s once again blotted out, like we’re playing Who’s That Pokemon watching the original Pokemon TV series all over again. When the first Unown were released, the tracker seemed to have a tough time deciding whether one Unown was the same as the other, or they were all the same Pokemon, or if they needed to show up at all.

ABOVE: The image at the head of this article is a fan-made illustration of the letter “O” Unown. This image was created by ThatOneBoxTosser and posted on DeviantArt. This image was then taken and chopped and flipped by SlashGear.

Several days ago a Reddit user by the name of SheevDidNothingWrong posted about finding the Unown silhouette. This is the first time we’ve seen the happening in the wild. Code previously suggested that this would happen, but proof on anything Unown is hard to come by. They’re pretty rare, after all. 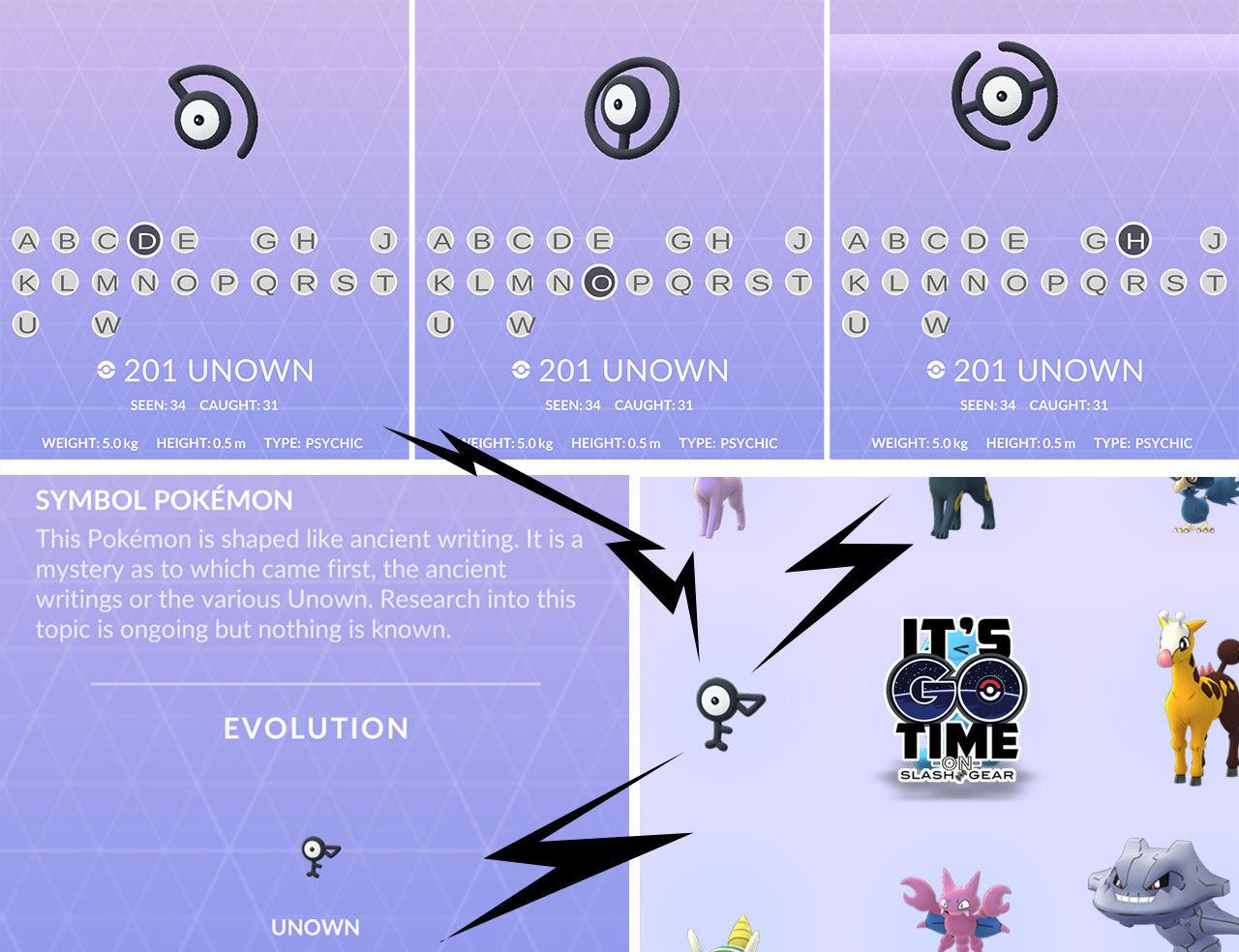 As far as we know, the vast majority of Unown are indeed in the game. For now, every letter of the standard Roman alphabet is in Pokemon GO, able to be caught in the wild. That means 26 letters – A through Z – are in the game. With the release of Gen 3, we’ll also see the question mark and the exclamation mark. 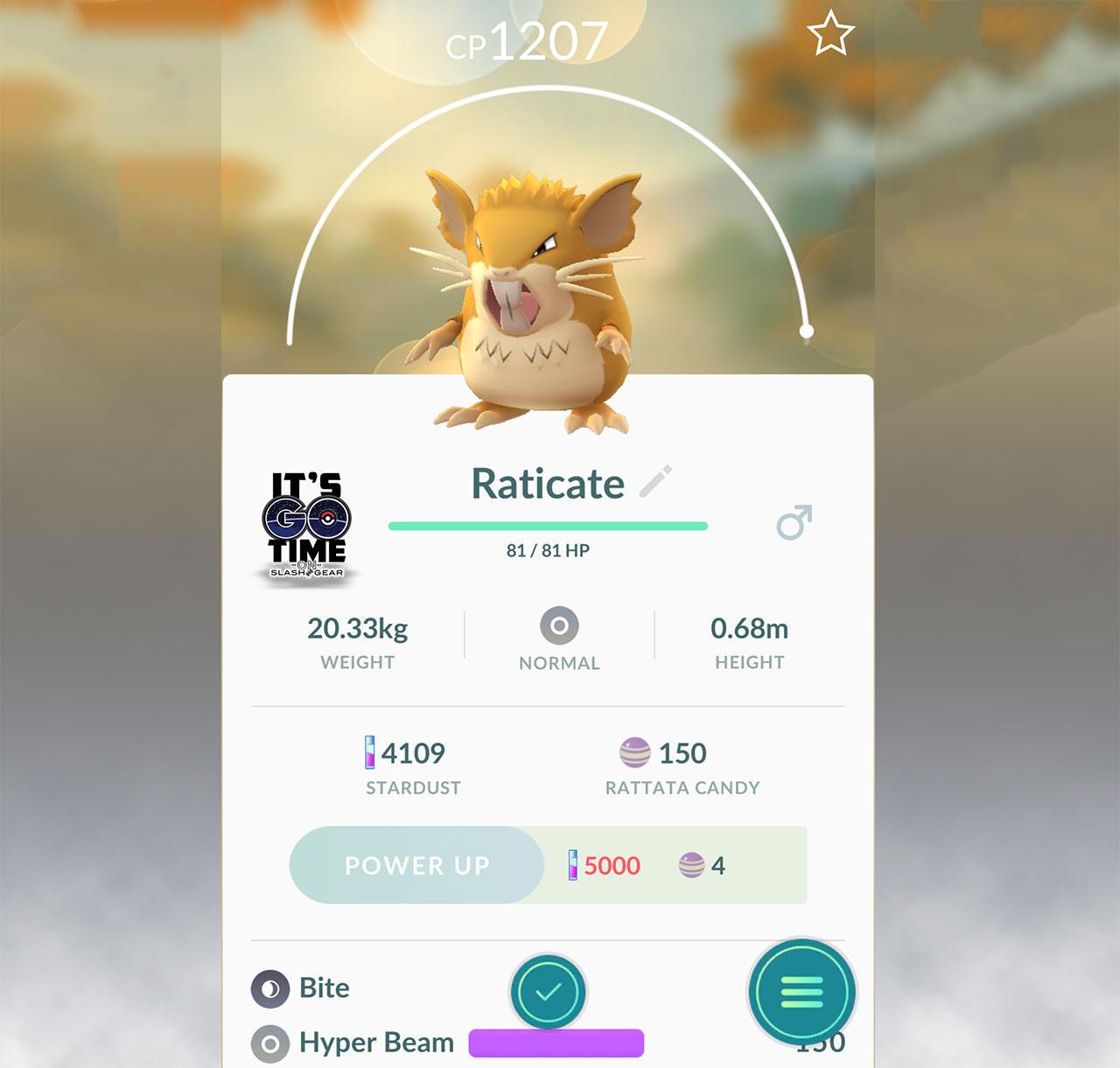 BONUS ROUND: For those users who would never click on an article about Rattata – look at this Raticate! He’s huge, gigantic, and massive! Now that Gen 2 is out, Raticate has been given a second chance at life. Evolve a top-level Ratata today, and find out how fantastic a Raticate can truly be.