How Pokemon GO tips make cheats – and a plea for good

Pokemon GO cheaters have arisen. Hacks have been initiated, and spoofing of data has begun to be sent to Niantic. Not long after this revolutionary game has been put out into the world, users have taken advantage of its loopholes. With Niantic busy putting out server fires and keeping the game online as long and as constant as possible, there’s ample space for exploits. What I’d like to do today is speak with both the cheaters and Niantic, and send a plea out into the world for some reasonable action.

UPDATE: Niantic has taken some big steps toward stopping cheaters! Have a peek at the most recent update report.

Why Pokemon GO is great

This game is monstrously popular. The app has an extraordinarily high retention rate – people download the app and keep playing the game. More people actively use this app than they do any other mobile game – and almost any other app, including Twitter. Pokemon GO is a genuine phenomenon.

This game requires users to get up and walk. 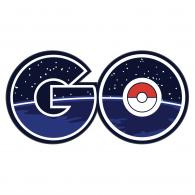 Unlike most any other game – other than Niantic’s other game Ingress (very, very similar), this game motivates people to get up and move their bodies.

Software has been release and hardware has been made to motivate people to be active – there’s a whole industry built around “fitness” devices and apps. Nothing has motivated users on a scale equal to that of Pokemon GO. Nothing even close.

According to Slice Intelligence, July 10th saw Pokemon Go accounting for nearly 47% of the entire mobile gaming market in that one 24-hour period. 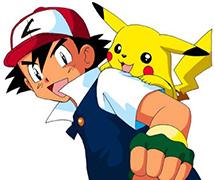 This game has changed the lives of people who wouldn’t have otherwise been motivated to leave their home. Shut-ins and people who suffer from severe depression. People who have weight issues and people who fear social interaction.

I’ve read about and spoken to and have met these people – literally, outside, near PokeStops and walking around my city. Hearing them speak about how a game has changed the way they go about their day is awesome!

The most common “hack” is a location spoof. It’s not particularly easy for the common user to accomplish – for Android devices it requires rooting one’s device, which is easy or difficult depending on the device, then an implementation of a spoofing app.

1. Niantic can detect when movements become erratic. If a user is in California at 9AM then in NYC at 9:10 AM, something is strange. They’ll institute a “Soft Ban” on the user, and they’ll be unable to catch Pokemon or do a Gym Battle or spin any PokeStops for loot. They CAN waste Pokeballs on Pokemon all they want, but said Pokemon will always run away.

2. The spoofer will lose all motivation to leave their home. Once again Pokemon GO is a video game which requires very little physical activity and can quickly be conquered.

The result of this kind of hacking, and the ease of availability of this sort of hacking, is the end of motivation for users to get up and get exercise. Why leave the couch to catch Pokemon when it’s easier to virtually walk to any location on the planet?

Even though there’s no real winners or losers in Pokemon GO, addiction to this game turns from moving one’s feet to playing all day and night long from one’s couch.

It’s fun, but it’s also depressing. Depressing to think about the people that were able to turn their addiction out, turning their tendencies for unending love for Pokemon into a GOOD thing rather than something bad.

Hacking in this way destroys the magic that comes with being able to find Pokemon only in locations that the user physically travels to. Pokemon GO returns to Pokemon Red and Blue, with little motivation to move.

A good use of resources

Dear good and hearty hackers – first, I’d like to thank you for exposing this vulnerability, and all future vulnerabilities in this and all other games. Without you, we’d be subject to the evils of this world on all digital fronts. 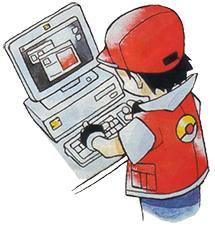 Instead of spending inordinate amounts of time learning how to exploit a game like Pokemon GO just to be able to Catch ’em All, consider sending what you’ve found to Niantic to keep the software strong. Fixing exploits will allow this game to remain popular and spawn more games that innovate on gameplay rather than continue smacking us in the face with the same tired old mechanics.

And Niantic – I can’t imagine the stress you’re under right now with releasing your game to additional regions of the world even as your servers continue to buckle under the pressure. Once you’ve got the game under control, consider concentrating serious resources to battling hacks like location spoofing. I know you’ve got people dedicated already, but barring keeping the game online for the average player to play, mark my vote for gameplay hacks being the most important topic on your radar.

ALSO NOTE: Obviously this Pokemon GO business is not the most important problem in the world today. Of course it’s not.

People are getting murdered, people are dying – all sorts of terrible things are happening that are more important than this. It is, however, entirely possible to keep those topics in mind and act on them at the same time as issues in Pokemon GO are being addressed. They’re not mutually exclusive.

Now the servers are up, Pokemon GO is green-lit in most countries around the world, and there are plenty of Pidgeys out there for us all to capture. Have at it! And drop in on SlashGear’s own @TeamPokemonGo Twitter account for tips, updates, and resources through the future!