Most detractors of Pokemon GO will tell you that the game can’t keep up its wild success forever, and while they’re right in that regard, early estimates on things like player retention, downloads, and the amount of money players are spending on the game can only be described as unpecedented. A new report by SurveyMonkey Intelligence shows us that Pokemon GO‘s success might not be overstated like so many people seem to think. In fact, if anything, it may somehow be understated.

The firm starts off its report by telling us that just yesterday alone, it estimates around 24 million Americans played the game. That’s an absurd number of players for any mobile game, with SurveryMonkey pointing out that at this point, more people are using the Google Maps-powered Pokemon GO than they’re using Google Maps itself. The app is enjoying 4 to 5 million downloads per day, which is the reason its rising so quickly through the ranks of the most popular apps. 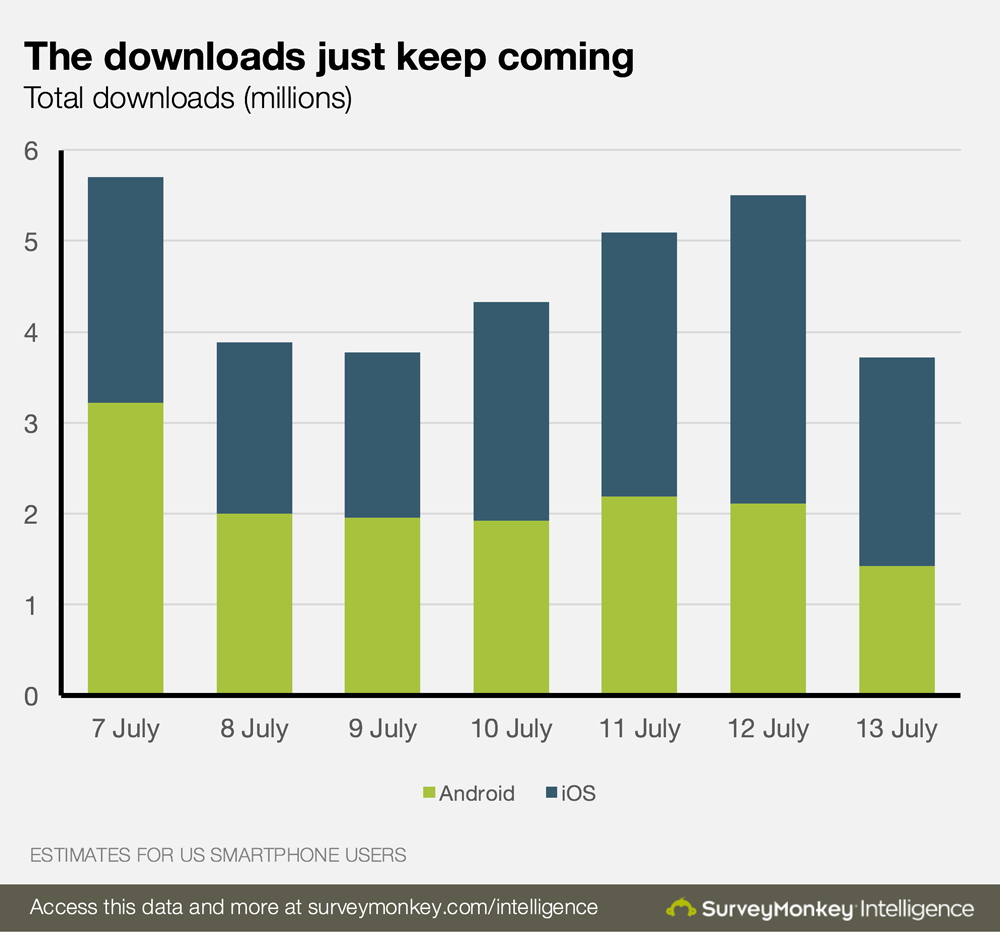 The number of active players or where it ranks among the most popular apps in the United States aren’t even the most impressive parts of the report, though. SurveyMonkey estimates that a staggering 7 out of 10 users who download the game play it again the next day. This statistic, called day-one retention in the mobile apps space, is an important metric for developers, and even though Pokemon GO‘s numbers are impressive enough to stand on their own, they’re made even more impressive by the fact that the industry average for D1 retention is usually around 3 out of 10. 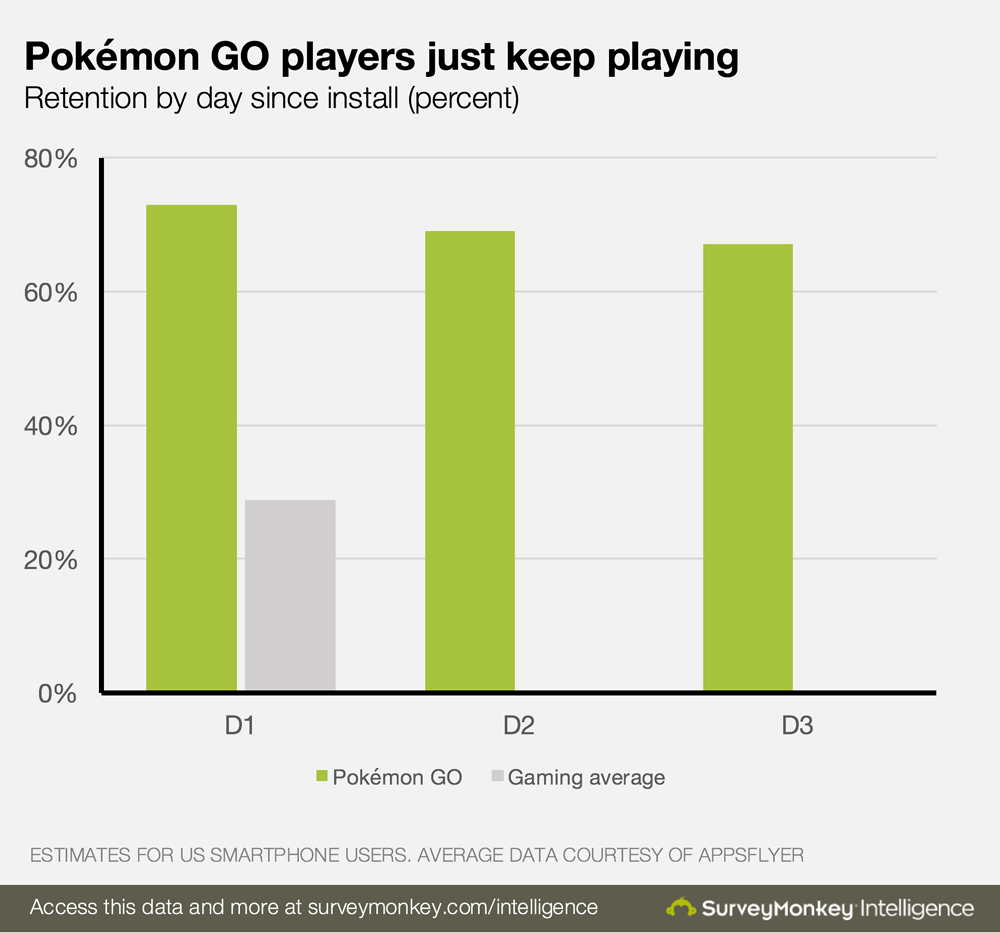 What’s more, the final estimate of SurveyMonkey’s report may be the most important one for the future of Pokemon GO. The report estimates that the game is pulling in an average of $0.25 per active user each day, which would be enough to put it above Candy Crush Saga in terms of daily revenue per active user. As the report points out, that kind of revenue is more than enough to motivate Niantic and Nintendo to keep players engaged through things like content updates that would add Pokemon and features to the game. 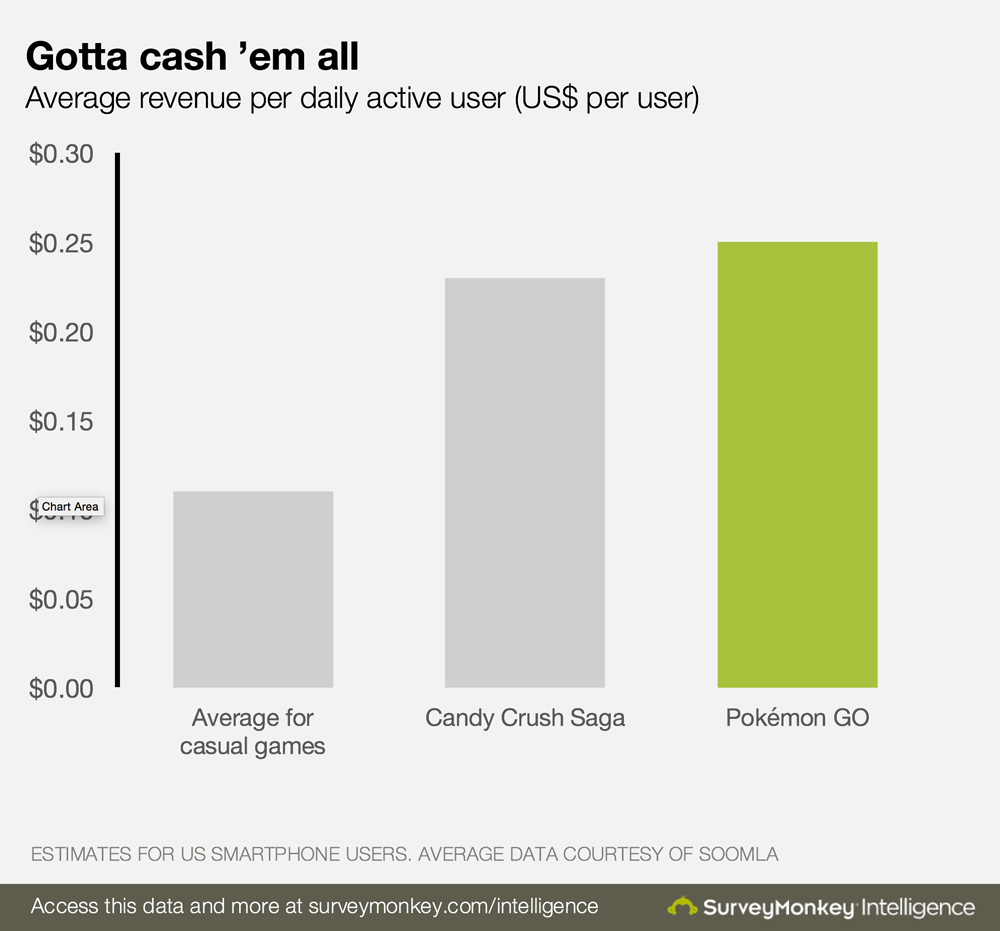 So, while Pokemon GO‘s popularity may fizzle out at some point in the future, the game is ending its first week of availability with some truly insane indicators of success. Now Nintendo and Niantic have to find some way to keep it up. They’ve caught the attention of users and those users are coming back for now, but continued success is going to rely on the ability to keep those users returning for longer and longer periods of time.