How a new MacBook could reinvent the laptop

Today we’re taking a real Apple invention and hypothetically applying it to a real Apple product. What we’re doing is having a look at a patent made by Apple – a new sort of hinge design for the MacBook. This new hinge could change the way you and I use a notebook and, potentially, blow the rest of the industry away completely.

There’s a lot of engineering bits and pieces going on in the patent that revealed this tech to us – but that’s not what I’m going to relay to you. Instead I’m going to present this tech in a way that’s situated more like an OG Apple product presentation – slides and everything. This presentation is for the return of the iBook. 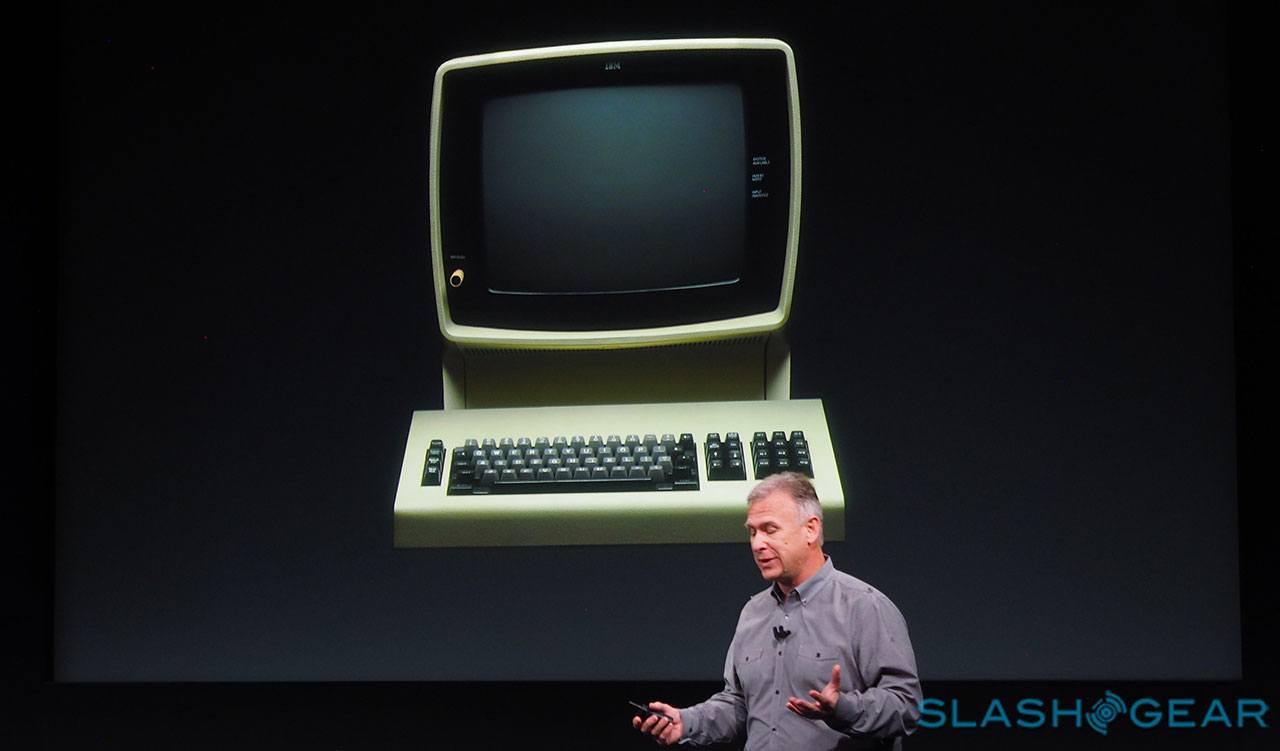 Today we’ve got a very rare sort of situation on our hands – and it has to do with the letter “i”. You’ll remember a while ago here at Apple we used the letter “i” a lot, in the front of words like iPhone, iPad, iCloud – and so on. After a while it seemed to get too predictable – everyone knew what our products were going to be named, even before we did.

We’ve come a long way since the first iMac back in 1998. Before you get too excited – no, we’re not releasing a new wave of brightly colored all-in-one computers. Those designs have moved on to a more conveniently sized place – and the personal computer is a different experience entirely. 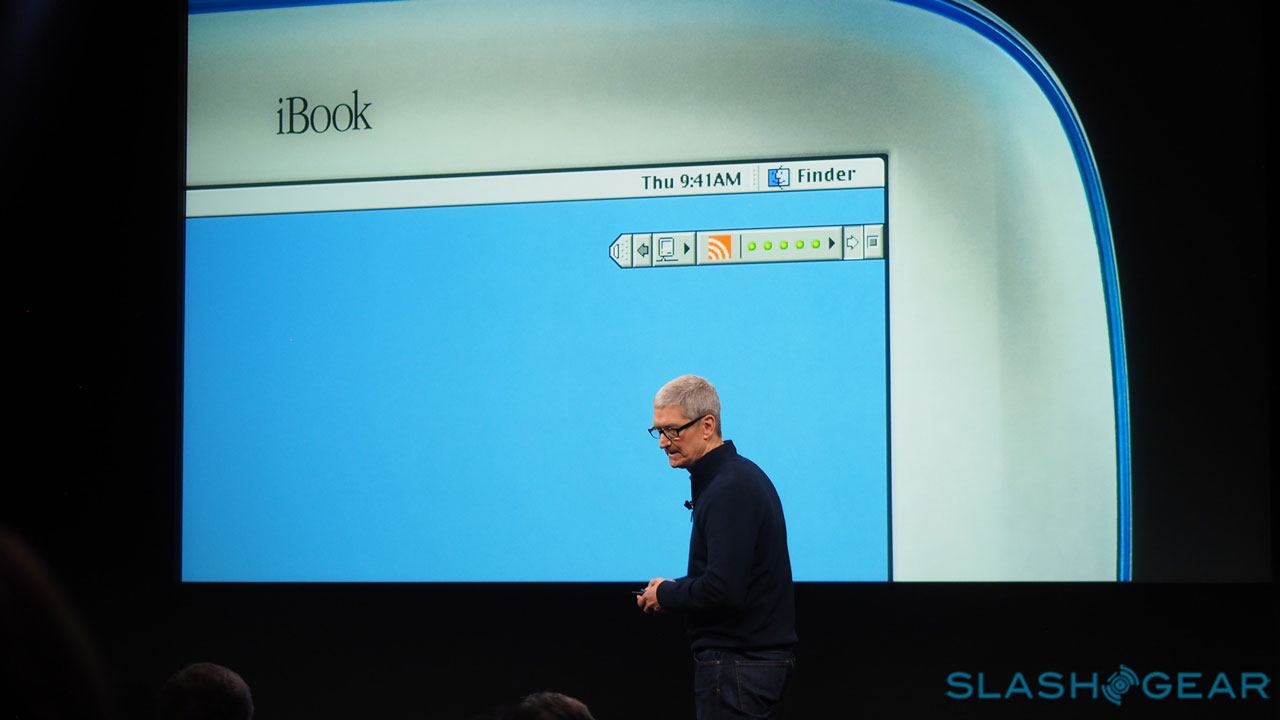 You might be thinking – uh oh. They’re going to show some sort of monster of a clam-shell notebook with wings. Don’t worry, we’re just as much in a different universe with laptop design here in 2017 as we are with desktop design. This notebook is sleek, powerful, beautiful, and extremely simple.

You might also be thinking – wait a second. Isn’t Apple already selling a MacBook Air? Doesn’t that already cover the consumer-aimed portable market? Yes, it does, and the MacBook Air has served us all quite well over its lifetime. But also no – no because we’re not satisfied with that. 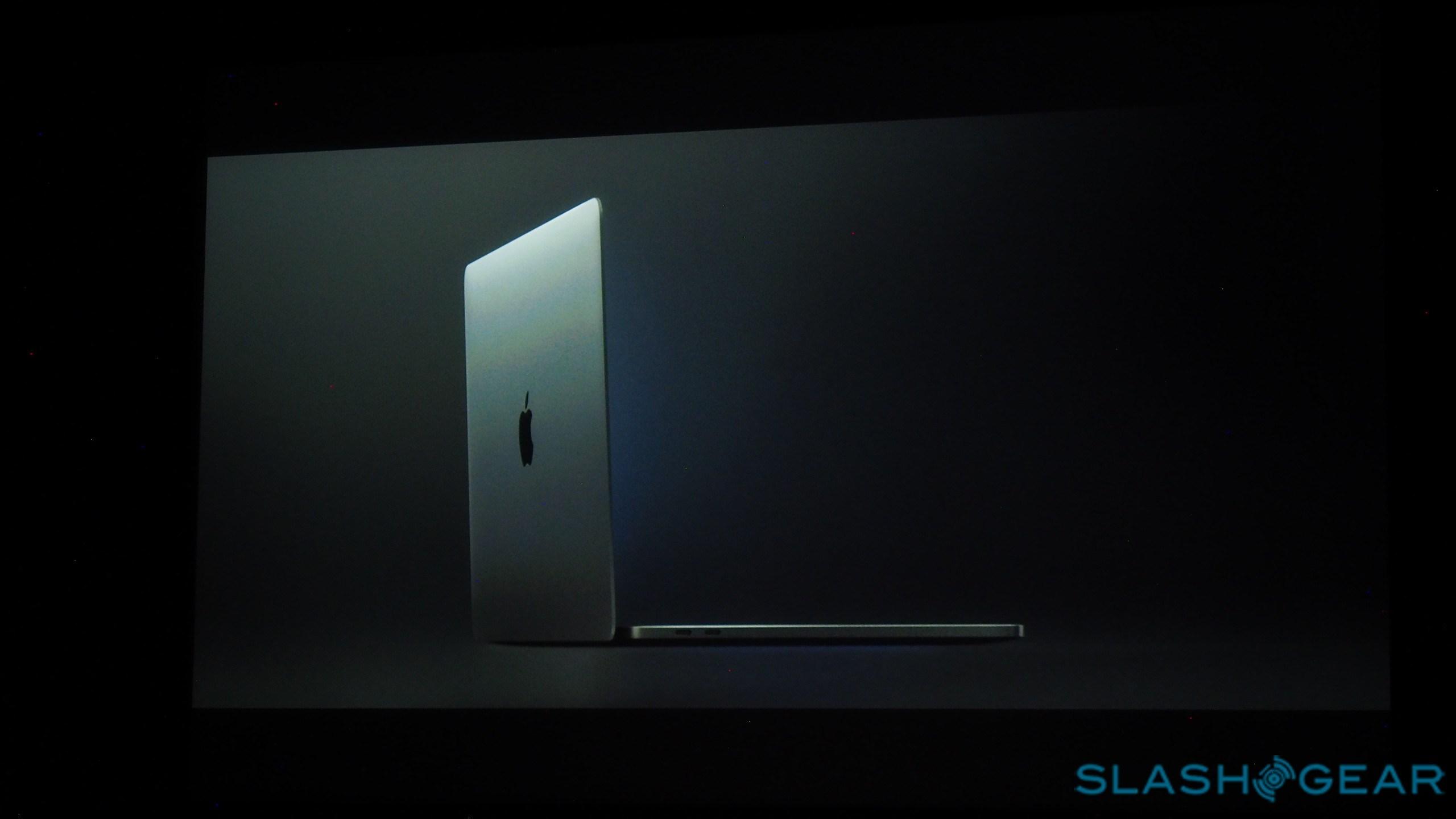 We wanted to go a step further by making the already-great experience of the MacBook Air into an experience that is as simple to use as possible. To do this, we went back to engineering. We took the whole machine apart and started from scratch.

We asked our customers what was most important to them. Overwhelmingly we heard that users wanted something new. Something that’d make their experience feel like never before – but without the added cost of battery life. We heard this – and went right to the center of this machine. 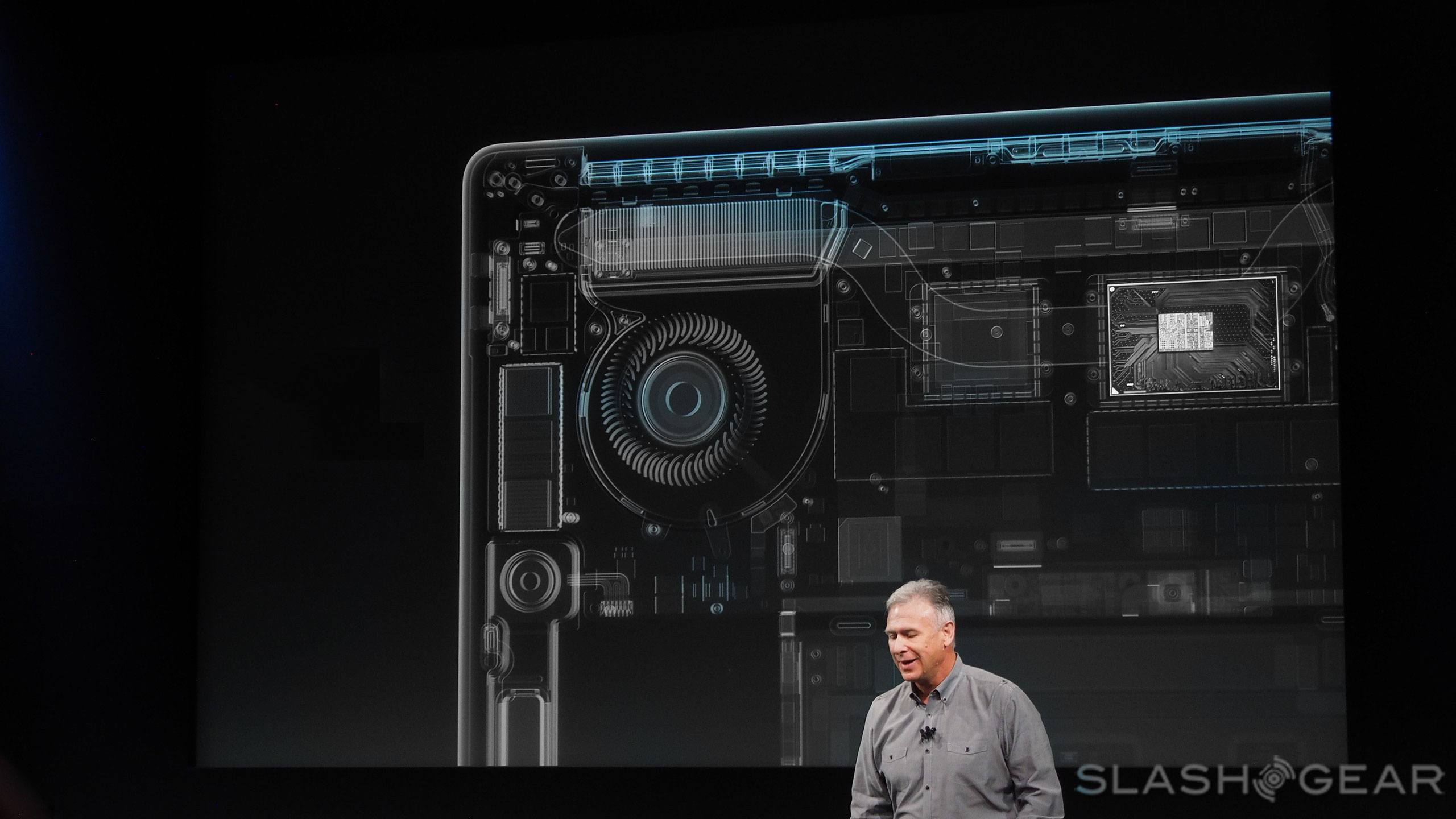 The iBook features a new type of hinge we call Magic. This Magic Hinge allows the user to open, adjust, and close the iBook with ease. Instead of relying on traditional friction-based design to hold the display in place, the iBook senses when it’s being touched by your hand, and glides through space to the place where you wish it to go. 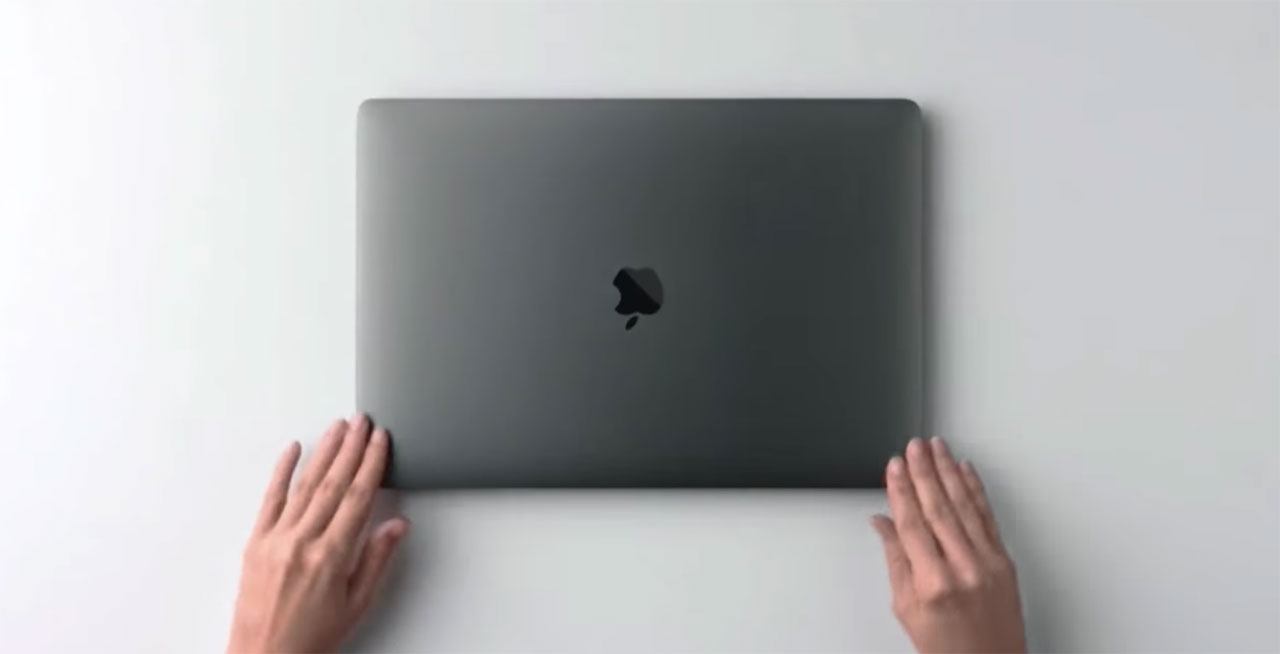 Using an extremely low-power processing unit inside the base of the machine, this iBook uses an sinpercievably small amount of battery life. At the same time, the iBook makes every notebook before it feel like an antique.

The iBook is more powerful than last year’s MacBook Air, and it has longer battery life. The iBook out-performs all similarly-sized Windows PCs and Chromebooks on the market today. The iBook is coming to the Apple Store for a price that’s no higher than the machine it replaces. 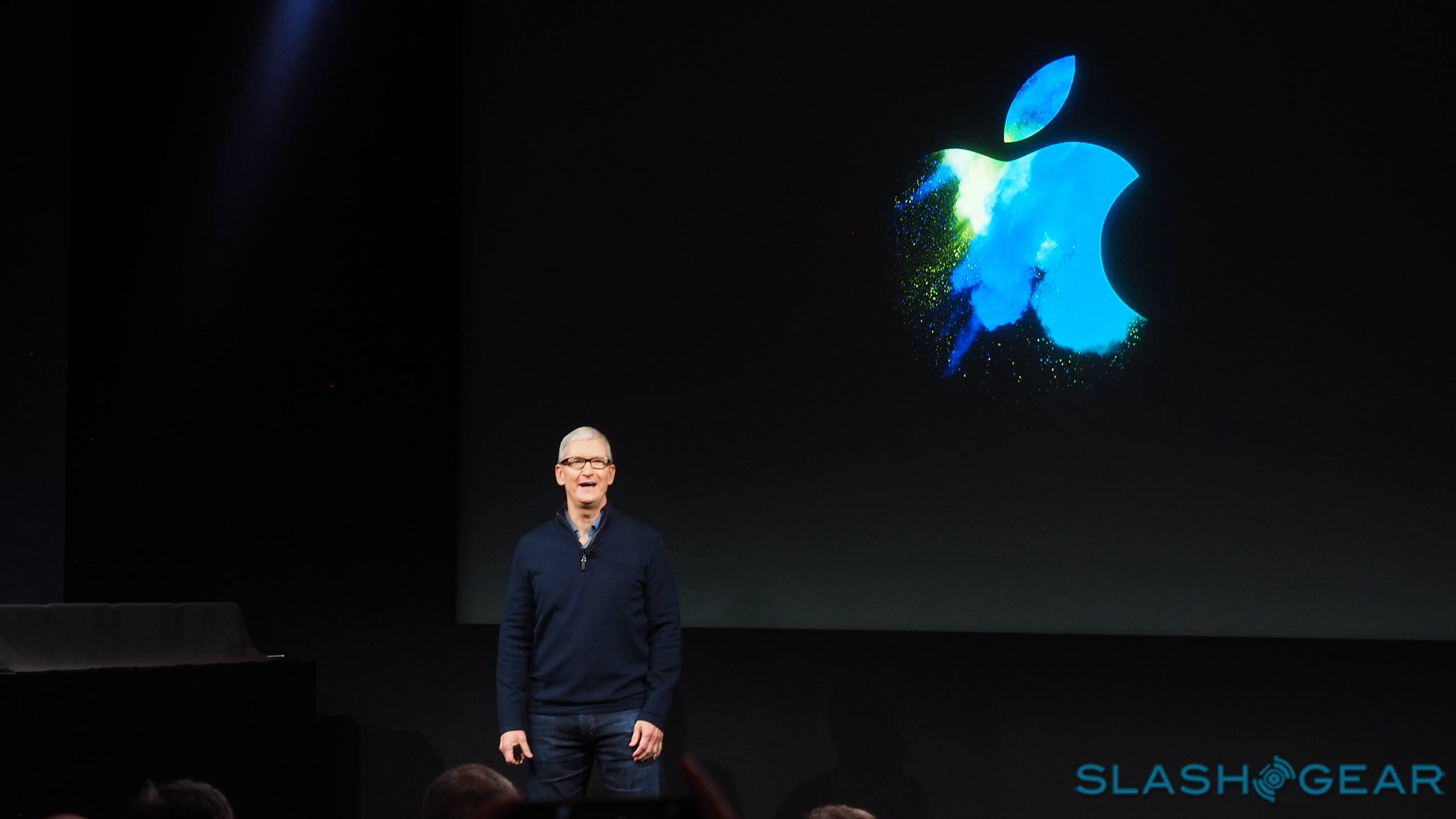 Once again, everything above is a hypothetical presentation as done by Apple at a special event which has not happened. This presentation is meant to give users an idea of what it might be like to see Apple introduce the product shown in Apple’s own patent for a “Variable resistance electronic device brake clutch” – which allows a notebook the ability to move freely instead of relying on frictional resistance to stay in place.

What Apple’s invention hopes to accomplish is allowing the user to adjust the display at any time – even if they have only one hand available. They’ll do this, according to this patent, by creating an improved clutch design with a touch activated clutch assembly.

If we take the basics of this patent and push them another step further, we can hypothesize that Apple could include a fingerprint scanner (Touch ID) in this design, allowing the laptop to stay locked shut until th touch panel (and Touch ID) is activated successfully. Such added levels of security are right up Apple’s alley, and do not seem too out-of-line with Apple’s most recent releases to dismiss.

On the other hand, if Apple were to take the approach I’ve envisioned above, they’d completely forget about the keyboard for the iPad Pro. That’s basically impossible at this point. So keep your fingers crossed, notebook lovers.