The folks at Honda have made it known that they’ll be first off the blocks in the 2014 Civic with full iOS mirroring for iOS 7. This push will begin on the 4th of December, and will include full touch-friendly integration with the vehicle’s 7-inch touchscreen on its center console. The features here will be launched with the 2014 Civic Coupe right out the gate when it goes on sale next month. 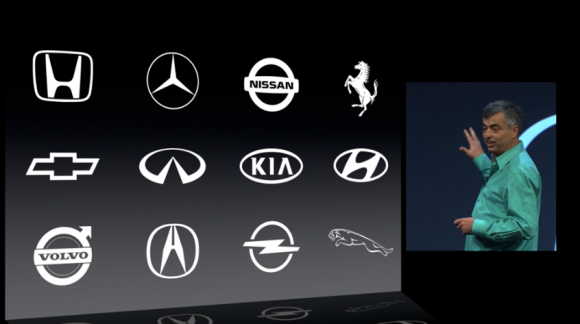 It was during WWDC, the brand’s main developer conference, that Apple laid down details of their plans for full support of automobile touchscreen centers of all kinds. With iOS in the car, Apple suggests that they’ve worked – and continue to work, with brands from Nissan to Volvo to Jaguar to Chrysler and back to Honda and Mercedes-Benz again.

Expect one whole heck of a lot more out of Apple’s connections with the automobile industry through 2014, that much you can be sure of. Stick around SlashGear’s cars hub for a full-on vision of the show as it unfolds.