Apple has put its three new Mac Pro MPX Modules up for sale, and if you were hoping to bring your current macOS machine up to date with the latest AMD GPUs, prepare to dig deep. Announced earlier today, the trio of Radeon Pro W6000-Series modules were initially listed for custom configurations of new Mac Pro orders, but now they’ve been added to the virtual shelves for upgrades too.

Apple was thinking about making GPU upgrades easy from the start, when it launched the new Mac Pro design in 2019. Unlike its “trash can” predecessor, which made a bet – and, time revealed, a losing one – on external expansion being the way forward, MPX Modules are intended to make swapping in a new internal GPU easier.

Not only do they include a dedicated PCI Express x16 connection for the graphics card, plus 300+ watts of power, they have a secondary, card-edge connector too. That’s used to split out a further x8 PCIe lanes, which Apple uses for routing DisplayPort video, Thunderbolt, and other purposes. A big heat-sink for improving passive cooling rounds things out.

For upgrades, the most affordable of the three new modules is based on AMD’s Radeon Pro W6800X. That will cost you $2,800, and includes a dedicated 32GB of GDDR6 memory. Up to two can be installed in a Mac Pro, connected via Infinity Fabric Link for multi-GPU acceleration in supporting applications such as Final Cut Pro.

A single Radeon Pro W6800X MPX Module supports up to six 4K displays, three 5K displays, or three Apple Pro Display XDR screens. There are four extra Thunderbolt 3 ports and an HDMI 2.0 port on the back.

As for the Radeon Pro W6800X Duo MPX Module, that consists of a pair of W6800X GPUs in the same unit. They’re internally bridged with Infinity Fabric Link; if you were to add two W6800X Duo modules, you could then bridge those two, allowing all four GPUs to communicate.

You’ll pay $5,000 for the privilege of adding one of those W6800X Duo modules, which alone can support up to eight 4K displays, four 5K displays, or six Pro Display XDR monitors. Each GPU gets 32GB of GDDR6 memory, for a total of 64GB, and there are the same four Thunderbolt 3 and one HDMI 2.0 ports on the rear. 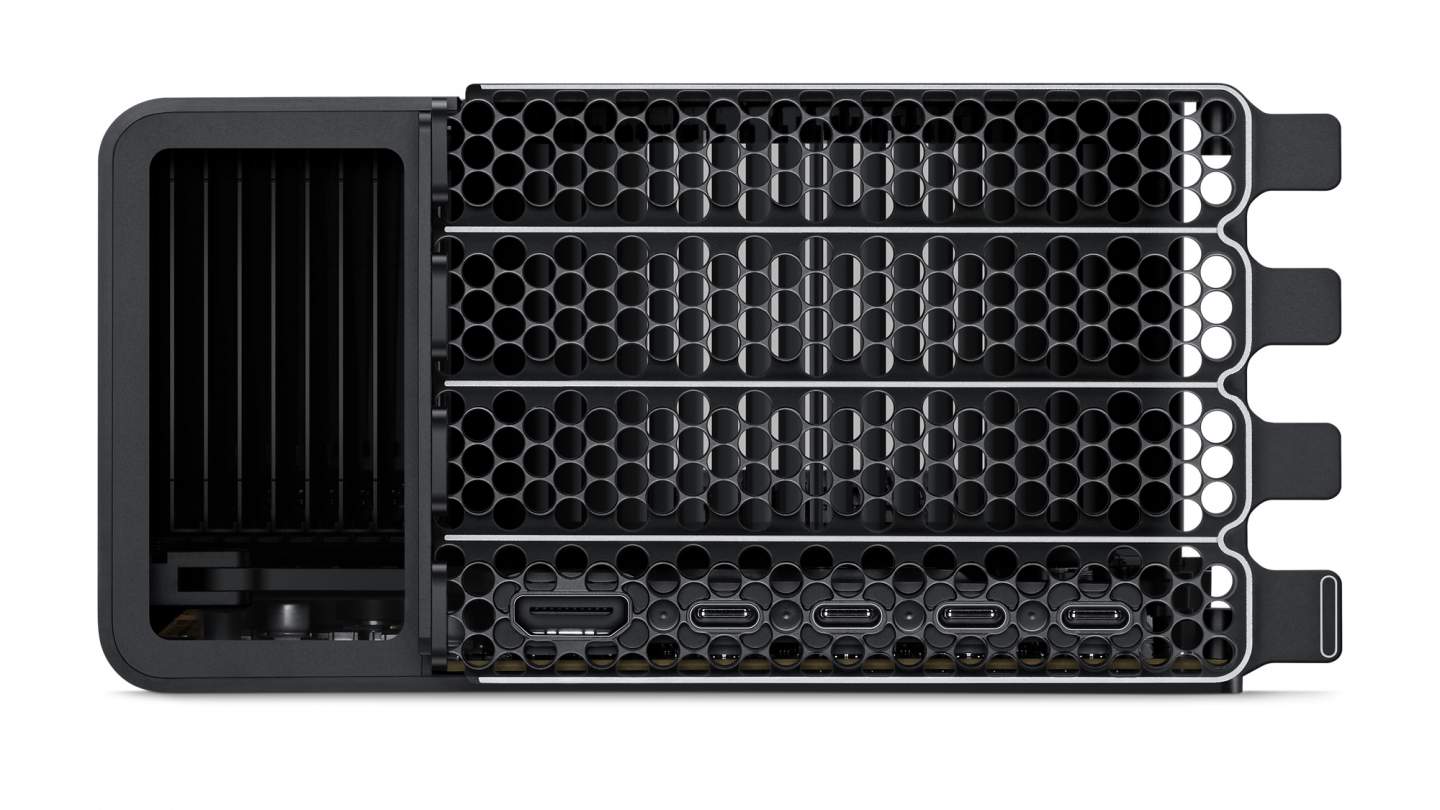 Finally, the Radeon Pro W6900X MPX Module is priced at $6,000. Most expensive of the three new options, it too has 32GB of GDDR6 memory, and can deliver up to 22.2 teraflops of single-precision – or 44.4 teraflops of half-precision – processing thanks to its 80 compute units and 5,210 stream processors. Again, two can be joined using Infinity Fabric Link.

All three are available to order now, though they won’t ship until mid-August.