Apple launched the MPX – or Mac Pro Expansion – module format alongside the latest-generation of Mac Pro back in 2019. Designed to make upgrading graphics more straightforward, each Mac Pro offers space for two modules along with auxiliary power connections for 300W or more of power for them. 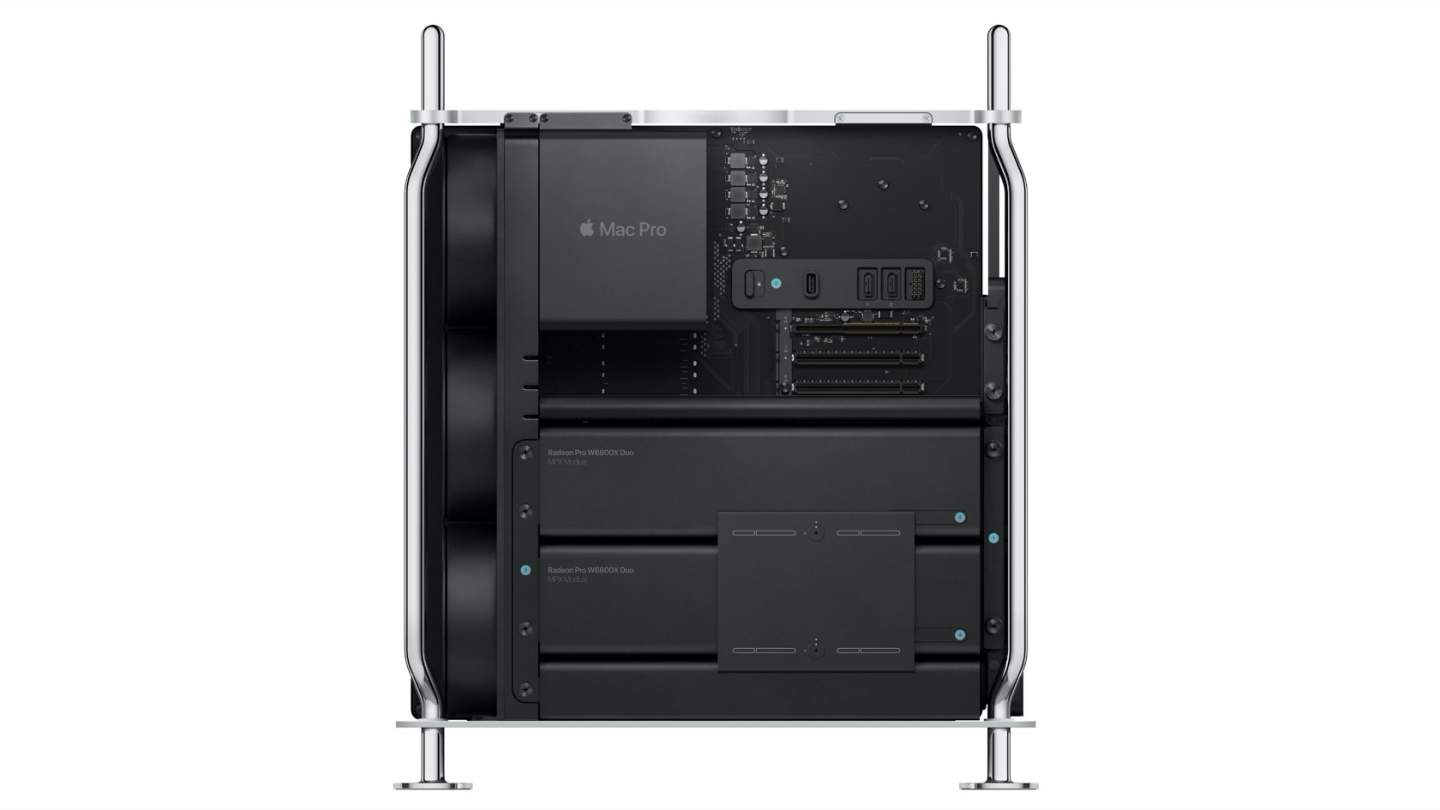 In addition, along with the PCI Express x16 GPU connection, the modules have a secondary, card-edge connector. That has a further x8 PCIe lanes for Thunderbolt, routing DisplayPort video, and more, meaning that the GPU’s PCIe connection doesn’t have to share its bandwidth. Finally, the modules themselves have larger passive heat sinks, aiding with quieter cooling.

That 168 GB/s of bi-directional bandwidth is around five times faster than the PCIe bus would be. Apple will preconfigure the Infinity Fabric Link connection for factory orders with two W6000-Series modules, and include the connection separately for standalone kits.

Each of the W6000-Series GPUs has 32GB of GDDR6 memory. The Radeon Pro W6800X and W6900X can drive three of Apple’s Pro Display XDR displays, three 5K displays, or as many as six 4K displays.

With two W6800X Duo cards, the promise is up to 60 teraflops of graphics performance, combines with 128GB of memory. Mac Pro users will see up to 84-percent faster Octane X performance, and up to 23-percent faster DaVinci Resolve performance. There could be up to a 26-percent increase in frame rate for realtime 3D interaction in Macon Cinema 4D.