Nokia HERE is hoping to get connected cars speaking a common language, relying on collaborative mapping to help self-driving cars figure out a route. The Car-to-Cloud interface specification has been released under a creative commons license, so that car manufacturers could adopt it without having to cough up fees in the process; each “message” sent by a car would consist of anonymized data, allowing road conditions and unexpected route issues to be shared without intruding on driver privacy.

Obviously HERE has its own mapping project, which continues to gather data for the so-called HD Maps the company believes will be essential to keep autonomous and semi-autonomous cars on track. Rather than the basics of road layouts, HD Maps include detailed lane topography details, down to the height of curbs and the camber of turns.

For all HERE’s best efforts, however, the company is upfront about the limits of either its own mapping surveys or those of any one other company.

“If an OEM is only in a couple of thousand cars across Europe then a vehicle might only pass a certain location every two weeks,” Dietmar Rabel, product management director of HERE’s autonomous project, “and you can’t do any real-time or near to real-time processing or change detection with such limited data.”

With no individual company having the scale or resources to go it alone, HERE’s solution is to combine the data for everybody to share. 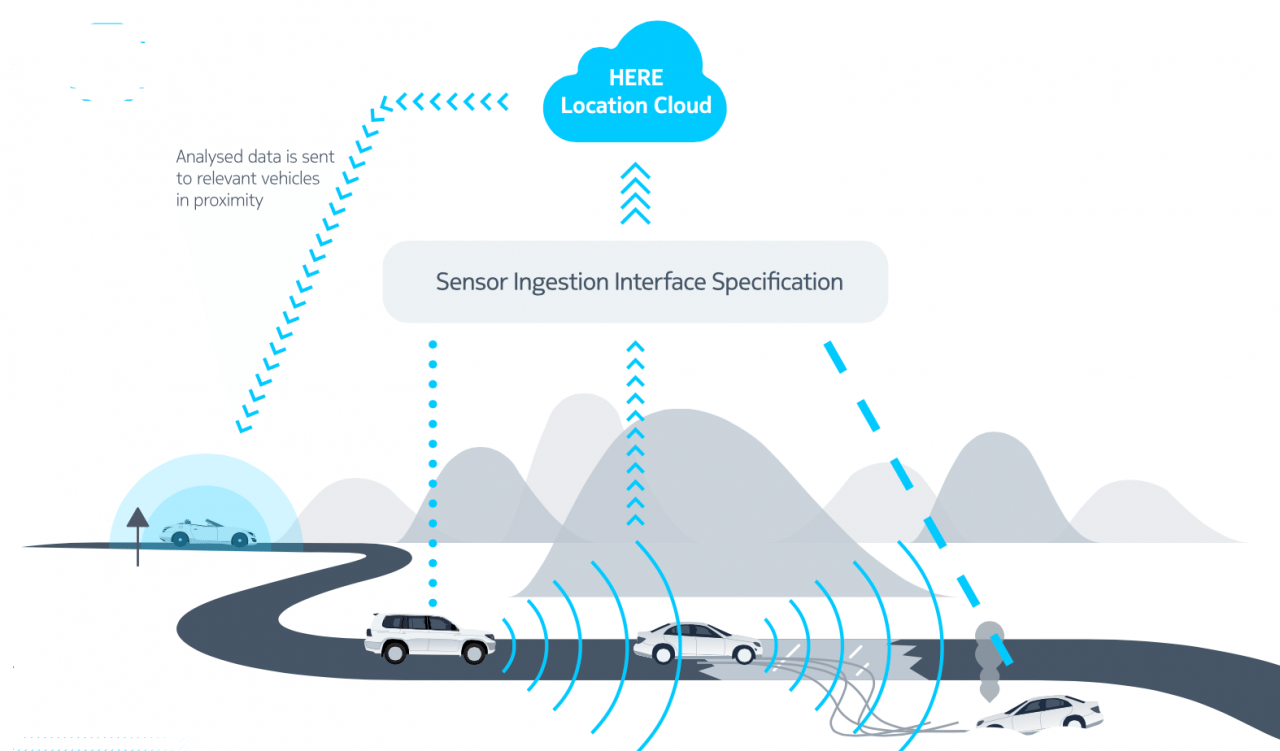 For instance, if a number of cars identify a particularly poor road surface, or ice on a treacherous curve, that data could be shared with all nearby drivers. Those with humans at the wheel might flash up a warning, while those under AI control might opt to take a different route or adjust driving style to maintain safety.

If road layouts change, meanwhile, that feedback could be used to “heal” the maps automatically.

Of course, any attempt to gather real-time data from cars could lead to tracking concerns, particularly at the sort of scale HERE is talking about. The company is keen to highlight, therefore, that the feedback wouldn’t be associated with a specific vehicle or driver.

“In the interface specification we are defining that vehicles don’t send individual vehicle IDs so they aren’t traceable,” Rabel explains. “This means that if the vehicle is sending some data today and then the next day, we will not know that it is the same vehicle. We would be aggregating across many submissions but not across a single individual.”

Cars would periodically send out a “message” containing details of its path, along with any incidentally issues encountered along the way. Those would be combined in the cloud, and the data shared with any involved party.

As well as aiding future cars and drivers, whether computerized or otherwise, the system could also be helpful for those in charge of infrastructure, like highway agencies.