Here are the big winners in DARPA’s Robotics Challenge

A South Korean team has won DARPA‘s Robotic Challenge Finals, besting US rivals and taking home $2m after demonstrating its disaster-response ‘bot. The robot, DRC-HUBO, beat out 22 other teams, each rising to the US government agency’s challenge to create a machine able to enter hazardous areas – such as the radioactive zone left by the Fukushima nuclear explosion in 2011 – and carry out tasks that would normally demand human dexterity.

Some of those challenges might seem straightforward – the robots were required to demonstrate their ability to drive alone and then exit a vehicle, to walk through rubble and climb stairs, and to trip circuit breakers and turn valves – but they demand a significant leap in abilities from a robot. 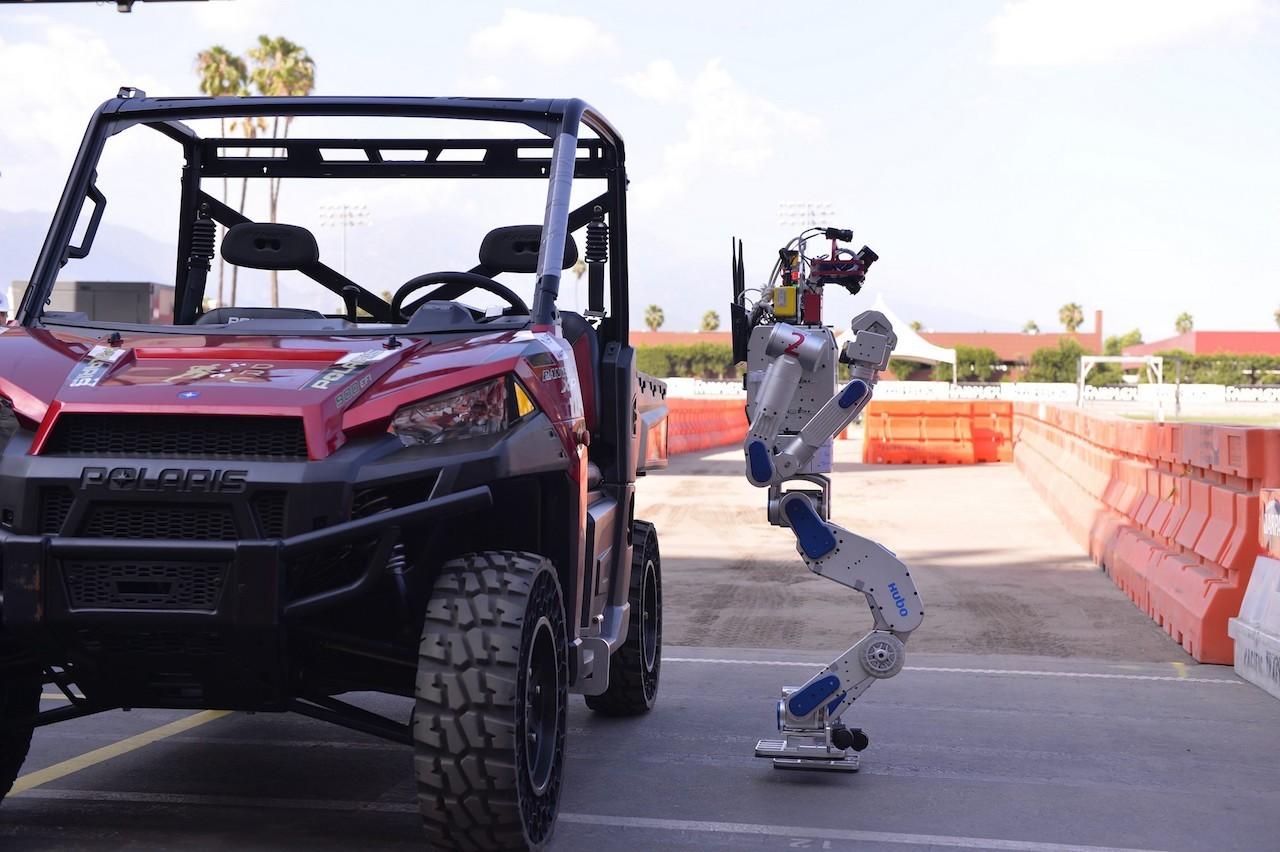 Twelve teams from the US and eleven international teams – from Japan, Germany, Italy, Republic of Korea, and Hong Kong – brought their robots to Pomona, California this weekend to be put through their paces.

Team Kaist of Daejeon, Republic of Korea, took first prize. DRC-HUBO has been in development since 2002, upgraded last year with stronger joint motors, new walking algorithms, and stronger hands. Although usually it stands around 5’11 tall, the 176 pound robot can also kneel down onto wheels and trundle around for faster mobility.

Its robot, otherwise known as Atlas from Boston Dynamics, underwent a significant overhaul for the challenge, though still lost its footing on more than one occasion. 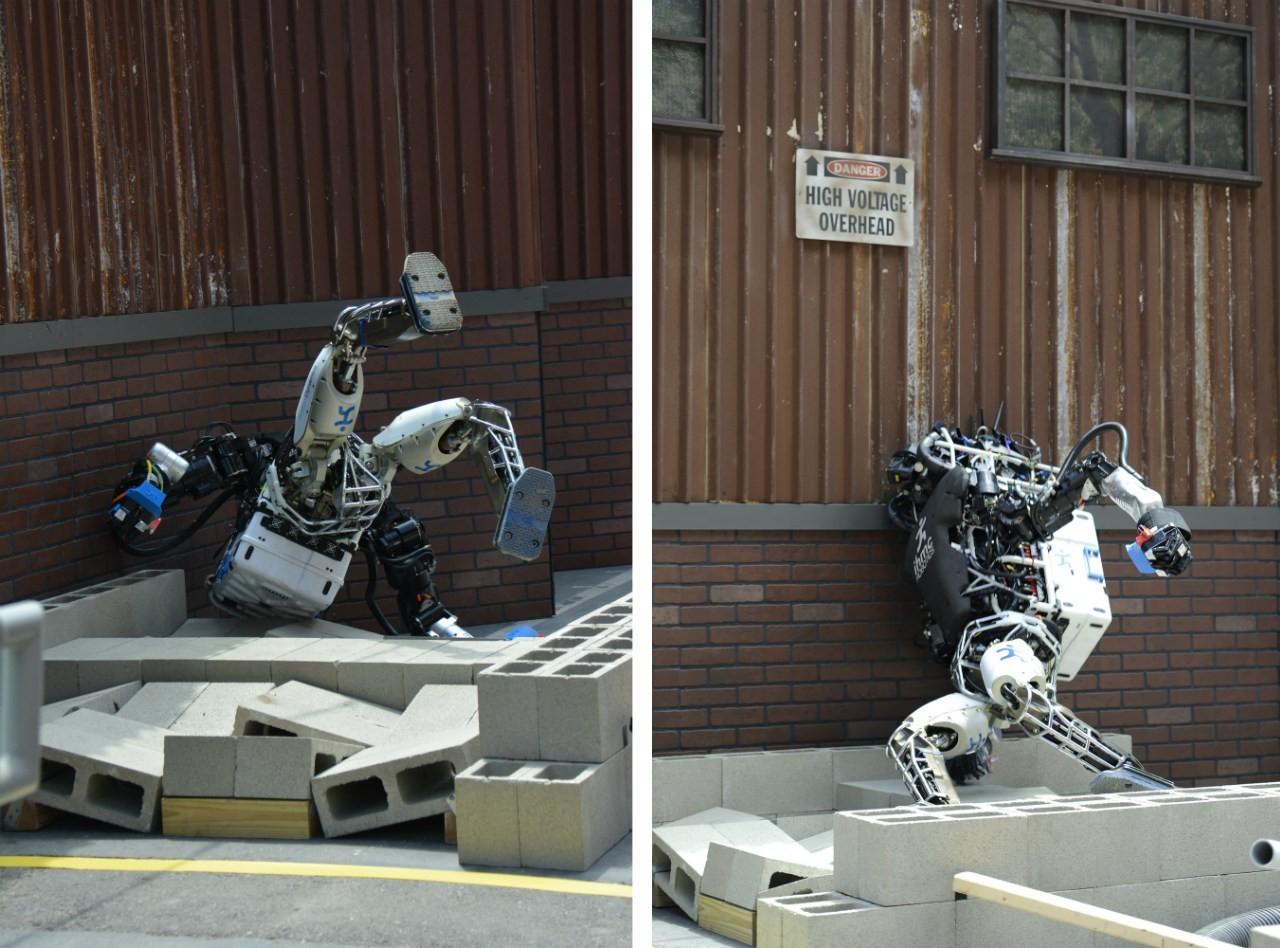 As for third place, and the $500k prize, that was taken by CHIMP and its creators, Tartan Rescue of Pittsburgh.

Integrating tank tracks into its limbs mean CHIMP can roll across uneven terrain and then stand up to operate equipment, open doors, or secure valves. 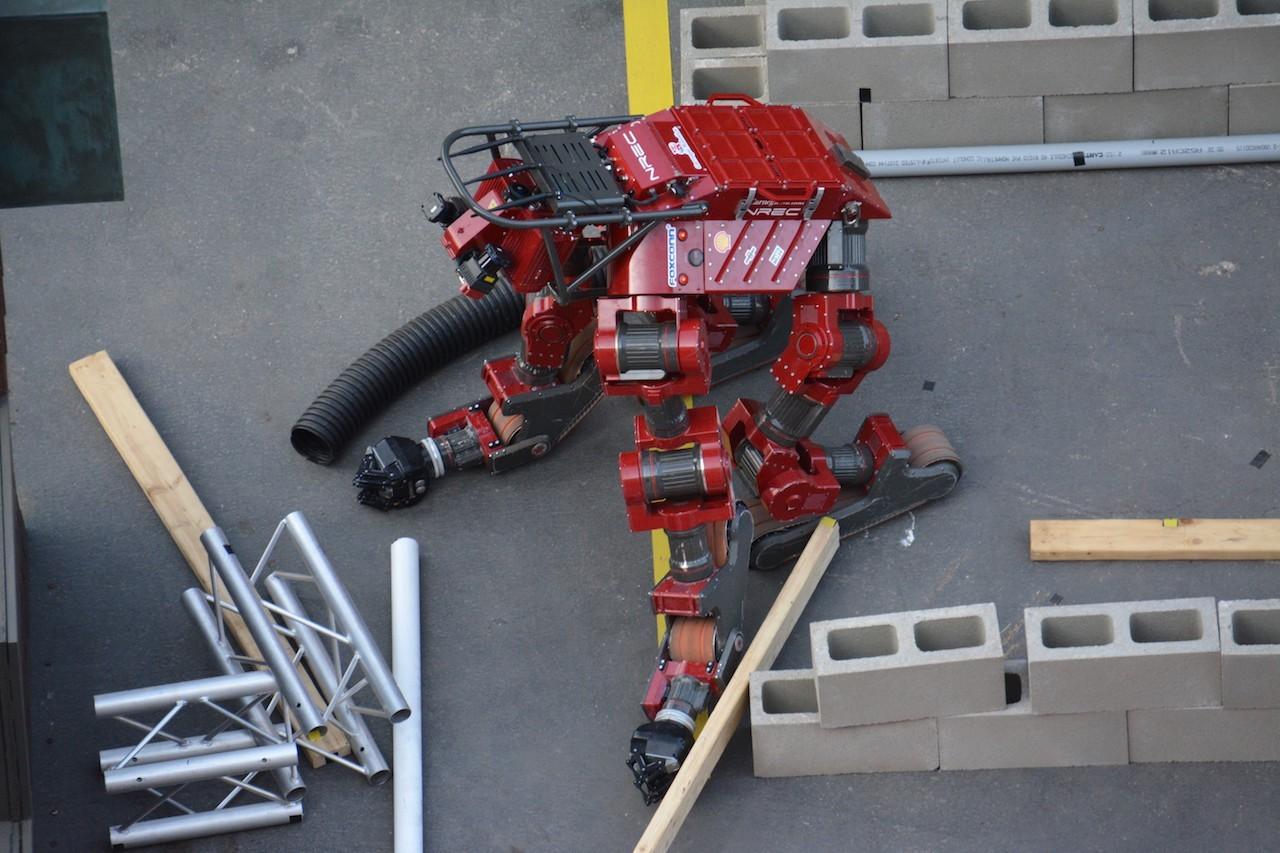 While it’s obviously a disappointment to the other teams, the real winners may well be the human first-responders called out to future disasters.

DARPA’s goal is a humanoid sidekick able to venture out into unfamiliar and potentially dangerous terrain, using a combination of remote control and onboard smarts to intelligently read and react to conditions that could be fatal to flesh & blood colleagues.

While impressive, though, the robots will require a little more work over the coming years before they’re entirely ready for deployment, as DARPA’s blooper roll of robo-tumbles below proves.