Today we’ve begun our dive into the Android L Developer Preview with a Nexus 5. If you’d like to join in on the action, Google has made it easy to take a peek at the software early – just so long as you have a Nexus 5 or a 2013 edition of the Nexus 7 tablet. From here, we’ll be digging deep.

The strange collection of shapes you see above come from the Android Settings menu for Software. Tapping the Android Version a number of times inside Android at this point generally reveals an “Easter Egg” of some sort. In this case, it’s a bunch of randomly forming blue and red shapes – pre-formed, so to speak.

As enochroot1666 notes, this appears to be Google referencing the mystery known as “Webdriver Torso.” Looks legit from here! Warning – do not click with the audio on high!

Next you’re seeing Android L’s Enhanced Notifications. One element we immediately notice here that Google didn’t dwell on during their keynote was the fact that, even though you’re able to see notifications at the lock screen, details can remain hidden behind the lock. 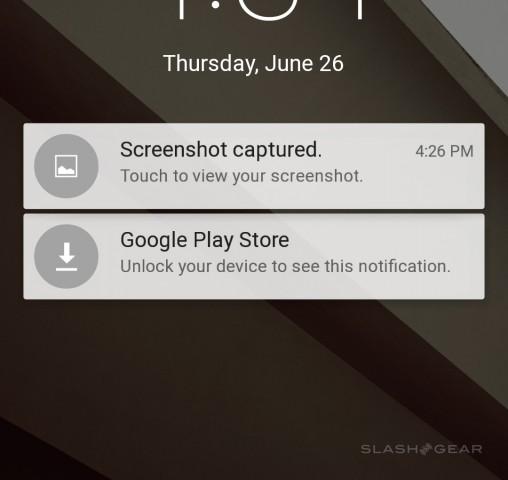 Below you’ll find Search inside Settings. Easier than ever to access, you’ll find a search icon sitting in the corner of all of your Settings windows. Tap it and type what you’d like to find – more often than not, Android is able to find it, and lead you directly to what you want. 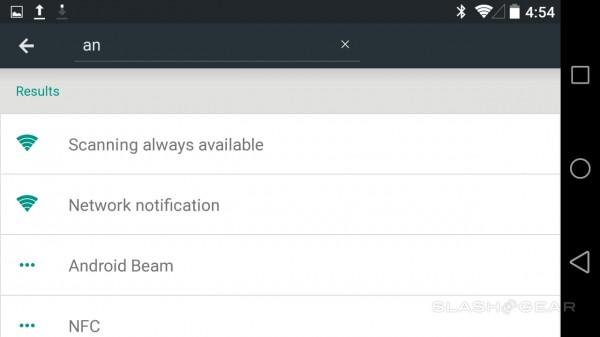 The new Android Keyboard works with a new color scheme and design which works with Material. The current, public build of the Google Keyboard (available on Google Play) has both the “white” and the “blue” color schemes, available to you right this minute. 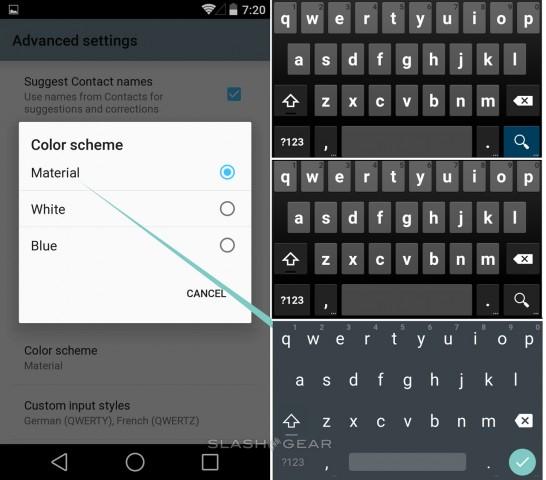 Your Battery graph in Settings will be refreshed, complete with a refresh button. Here you’ll also see the circle that appears whenever you tap something in Android L per Material design suggestion. 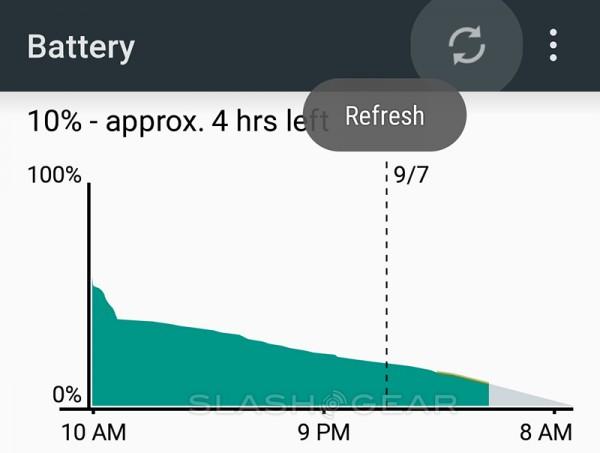 Before Android L, there’s a setting which saves your personalized settings in Android with Google which you can opt-in or opt-out of. This setting saves passwords, web history, and a few other oddities – including Wi-Fi passwords. It would appear that this tidbit has become a pressure point for Google (saving your Wi-Fi passwords on their servers), so the option to “Restore and connect to known Wi-Fi networks” has been pushed all the way to the Google Sign-in page when you set up Android.

Voice Dictation is in flux. While before this Android L Developer Preview, the Voice Dictation key is immediately to the left of the space bar, now it appears above the keyboard near the predictive typing word suggestions. It does not matter if you’re in White, Blue, or Material – we’re not sure what this means for Voice Dictation in the future. 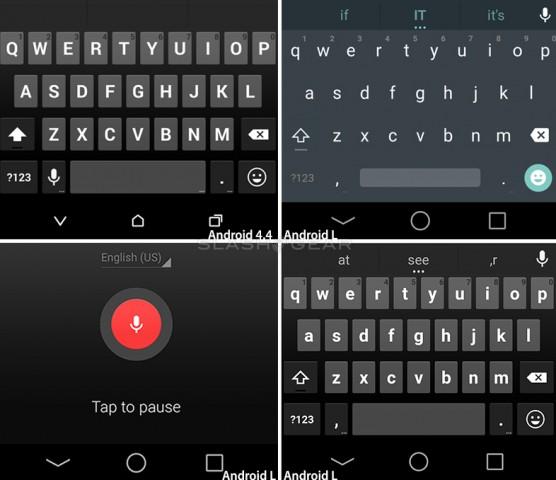 Most of the time when Google updates its Boot Animation, you’ll find something fairly simple. This time around, things get a little more crazy than the average amalgamation of frames.

This is just the first tiny dose of what we’ll be doing to explore Android L here on SlashGear. We won’t be doing a “review” of the UI until the final release is upon us. Instead we’ll be exploring right alongside you – let us know here or on Twitter what you’ve found!