Guardians of the Galaxy comic hints at Star Wars crossover

The comic book “Guardians of Infinity” is the newest in a line of releases made possible in part due to the success and popularity of the Guardians of the Galaxy film release. In the first of these comics, the team – including Drax the Destroyer, Rocket Raccoon, and Groot – are exploring a mysterious facility, the contents of which are unknown to them. They come upon a wall covered with dust – under which they’re able to read words written in the Star Wars universe language called “Basic”, in characters from their alphabet, known as the Aurebesh.

This release follows The Guardians 1000, a gathering of the Guardians not all that unlike what we see in the first big Guardians of the Galaxy movie, but not anywhere near our time – instead in the future, 3016 (just 1000 years into the future). 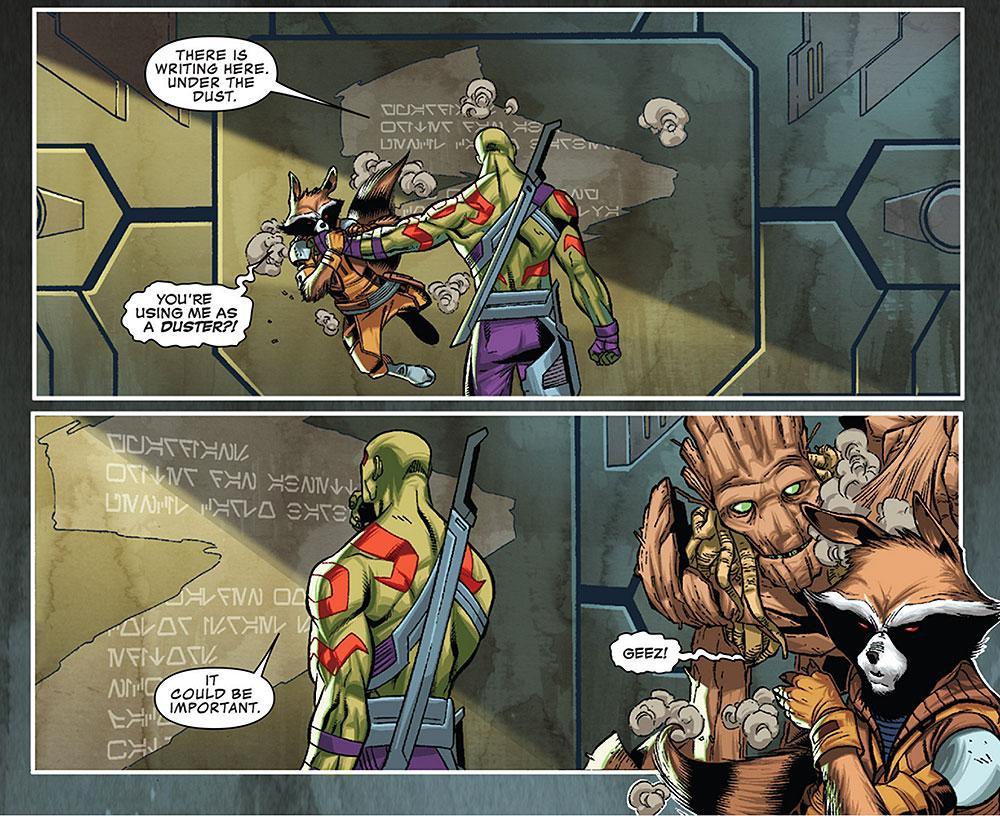 The text they find in what turns out to be a tomb – or so says Rocket. He suggests that this text says “something something light of ever-suns eternal… something… Ezor of the Pathless, Amirot, King of all Kings… Then it says Crypted Lord of the Veiled Eternity… something something… Rise again in Glory…”

He then suggests “oh, and then it says… do not translate these words,” then asserts that they’ve found a tomb.

So we’re just going to go ahead and assume that this means that it’s the lost tomb of Emperor Palpatine or Prince Xizor or something along those lines. The unfortunate thing is that our heroes get kicked into a trans-dimensional portal not too long after this text is revealed. 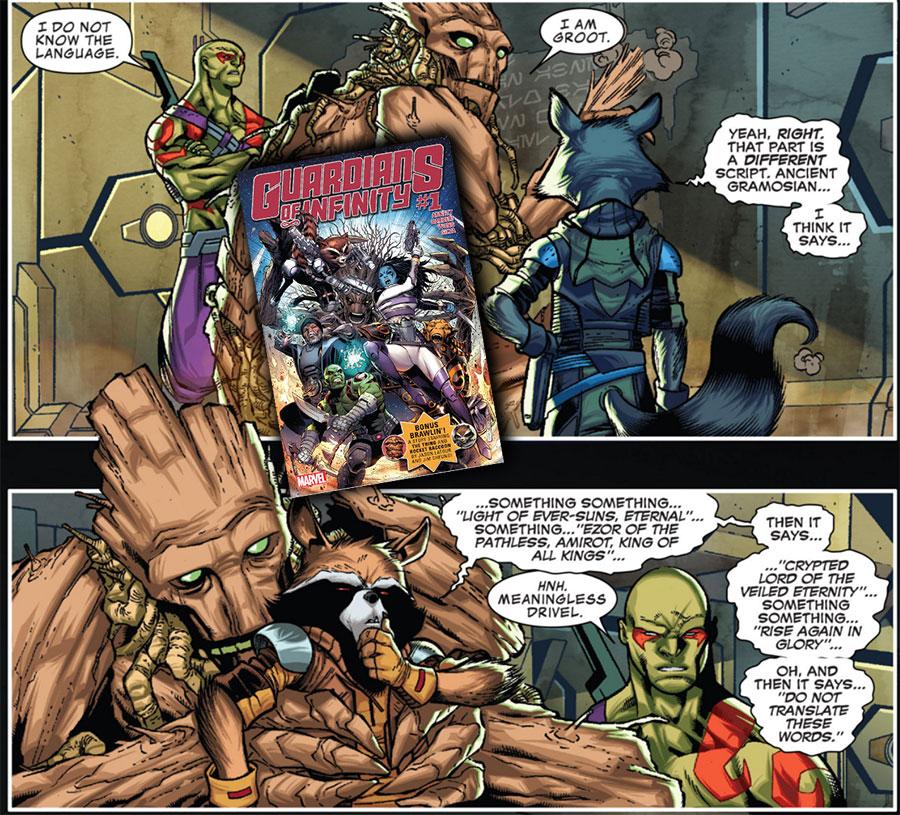 The other unfortunate bit is the fact that the text doesn’t actually say what Rocket Raccoon thinks it says.

In reality, since we’re able to translate this Star Wars language into English thanks to Google, we can discover the obviousness of the truth.

As best we can translate, the text appears to show details about the writer, penciler, colorist, and editors of the comic book in which the text is shown.

In other words – it’s more of a tribute, or a hat-tip to Star Wars in a month where Star Wars was at the forefront of everyone in the world’s minds, December of 2015, the release month of Star Wars: The Force Awakens, the biggest movie of all time.

Also note that this comic book is available in comic book stores and online right this minute through all Marvel Comics outlets.