Google wants to retake all iOS Mapping with new SDK

Google may have been ousted from iOS 6 as official mapping provider, but with the freshly-released Google Maps for iOS and a new SDK for third-party developers, it’s staging a revolt to win the platform back. Alongside the user-facing Google Maps app, the search giant has launched the Google Maps SDK for iOS, giving coders a way to add the mapping data into their software, or easily link to the app itself if it’s loaded on the device.

Just as in the official app, there’s support for vector-based mapping for speedier load times, along with 2D and 3D views. Rotating and tilting are supported, as well as the ability to overlay layers like traffic conditions. Developers will also be able to control 3D camera positions for the perfect view in their app. 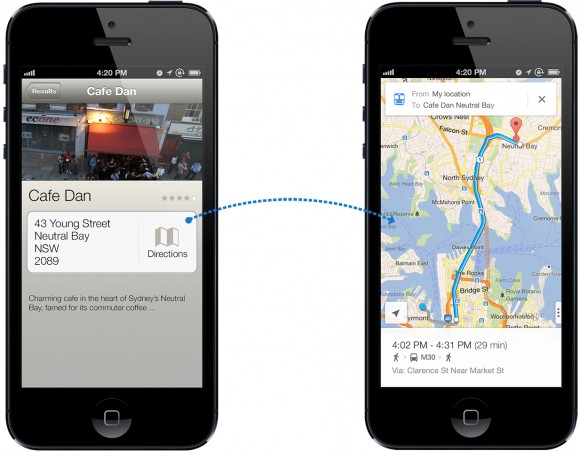 If you don’t want a map actually embedded into your app, but would prefer addresses to open up in the Google Maps iOS app, that’s possible too. The new Google Maps URL Scheme uses a custom URL – “comgooglemaps” – to specify that links should open up in Google’s own app, rather than Apple Maps as would regularly be the default.

Google has SDK documentation to be explored here, though there’s a waiting list of sorts if you actually want to embed Google Maps into your software. You can register interesting in an API key here.