Google TV may be Android’s big push to dominate the living room, but it looks like Google is finally set to acknowledge that not everybody wants more than the bare minimum from their smart TV. A new “Basic TV” option to be added to Google TV will offer a more straightforward approach to old-school television features, rather than pushing things like apps and the Google Assistant.

Google’s attempts to inveigle its way into the home entertainment space aren’t exactly new. The company launched Google TV back in 2010, including a wild button-packed remote for Sony’s set-top box, then replaced that with Android TV in 2014.

Since then, it’s made inroads both with set-top boxes, soundbars, and dongles, and as a preloaded OS for TV manufacturers. More recently, Google rebranded again, resurrecting the Google TV name for the platform. According to the latest leaks, it seems simplicity is one of the big new promises.

A new “Basic TV” option was spotted lurking in the code on the ADT-3 developer dongle by 9to5Google. Google later confirmed that it will be available on any TV sold running Google TV; the first sets to do that are expected to launch from Sony and TCL later in 2021. 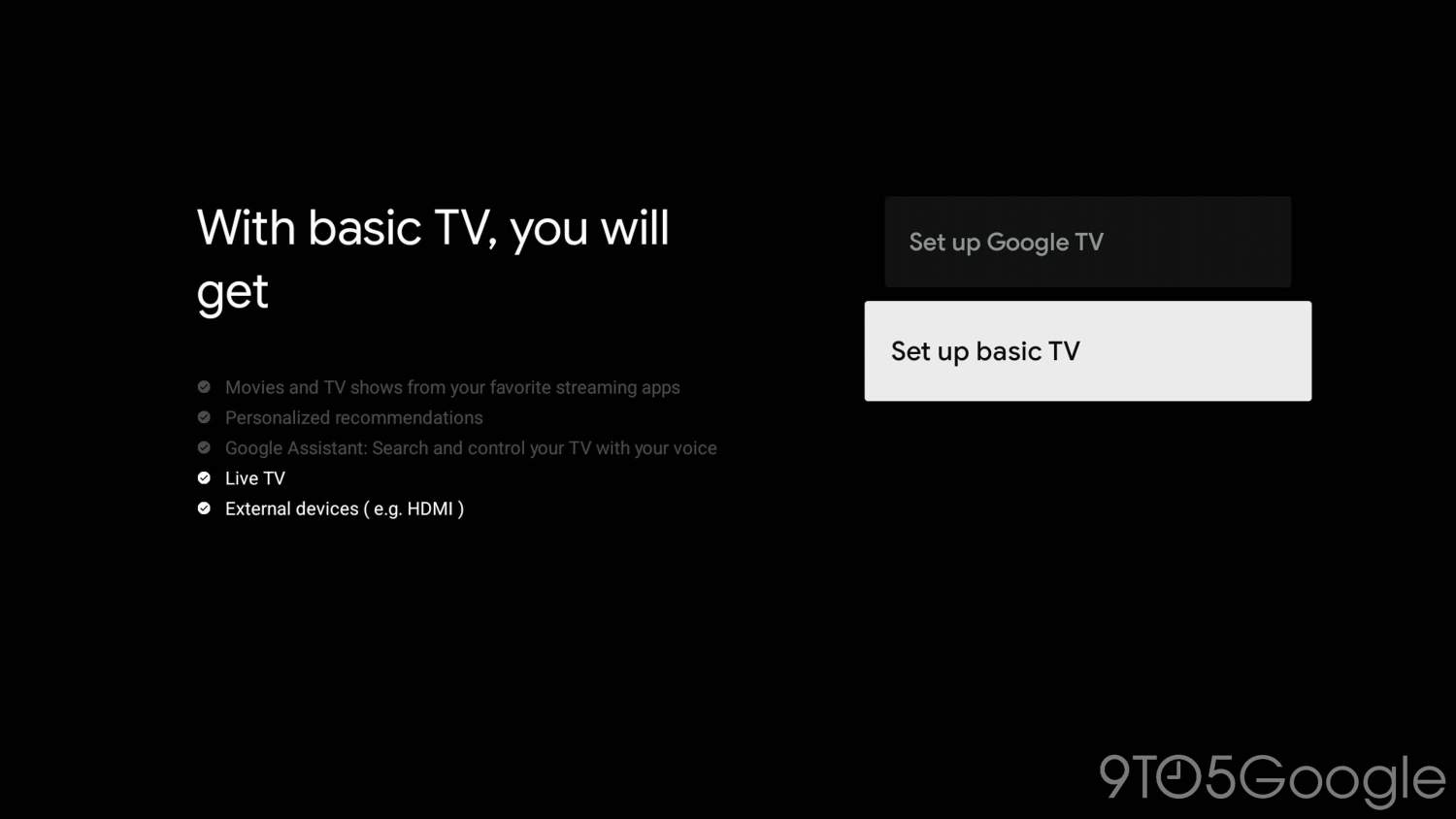 As the name suggests, the new mode effectively bypasses most of the smart features. Gone are the apps – such as for Netflix, Hulu, and Disney+ streaming – and the Google Assistant, and gone too are the content recommendations. You also won’t be able to cast video and audio from a mobile device to the TV.

All that’s left, in fact, will be support for the HDMI inputs on the TV, and Live TV if it’s connected to an antenna.

Certainly, Google’s TV platform has improved over the years. As we’ve seen on the latest Chromecast, the interface is much easier to navigate now, and the Assistant’s voice control has become far better integrated not only with Google services but third-party apps too. If you’ve cut the cord and get your entertainment fix from streaming services, it’s an affordable way to bring them all together.

Nonetheless there are plenty of people for whom their primary sources of media are a cable company set-top box and maybe a DVD or Blu-ray player. For them, being able to bypass the bells & whistles of Google TV and simply use their new TV as a relatively dumb screen could make things easier. Google is, unsurprisingly, making it straightforward to switch from the “Basic TV” mode to the full Google TV experience, though it seems that going in the opposite direction will require a full reset.