Google’s new Foldables category for Android devices doesn’t end with smartphones. Foldables is just the hardware category – they’ve begun calling out features that’ll spread beyond the Samsung Galaxy F* foldable phone, too. One of three speakers at this week’s Android Dev Summit speaking about how Foldables will work was Andrii Kulian, Engineer for Android Frameworks at Google. Also in the mix were Google Engineer Adrian Roos and Samsung Engineering Director Jisun Park.

Today it was made clear that the software experience on a Foldable device won’t be all that different from that of a traditional desktop device – so to speak. Instead of working with one mobile display and one app at a time, the most major feature for all the first Foldables will be multi-display app functionality. Lucky for Samsung (and the rest of the foldable display device makers), Google’s been preparing for this moment for a long time.

As it turns out, Google’s been sort of silently pushing developers to support multi-display app functionality in Android for a while now. “There are actually several platforms that have multi-display devices,” said Kulian. “Phones with different screen configurations is just one example that we have covered today. Next, there is desktop mode. When you connect your phone to a larger screen for improved productivity or entertainment.”

“Another example is Android apps running in Chrome OS,” said Kulian. “In most of these cases, the apps are running in free-form windowing mode, and the user expects them to be freely and smoothly resizable.” 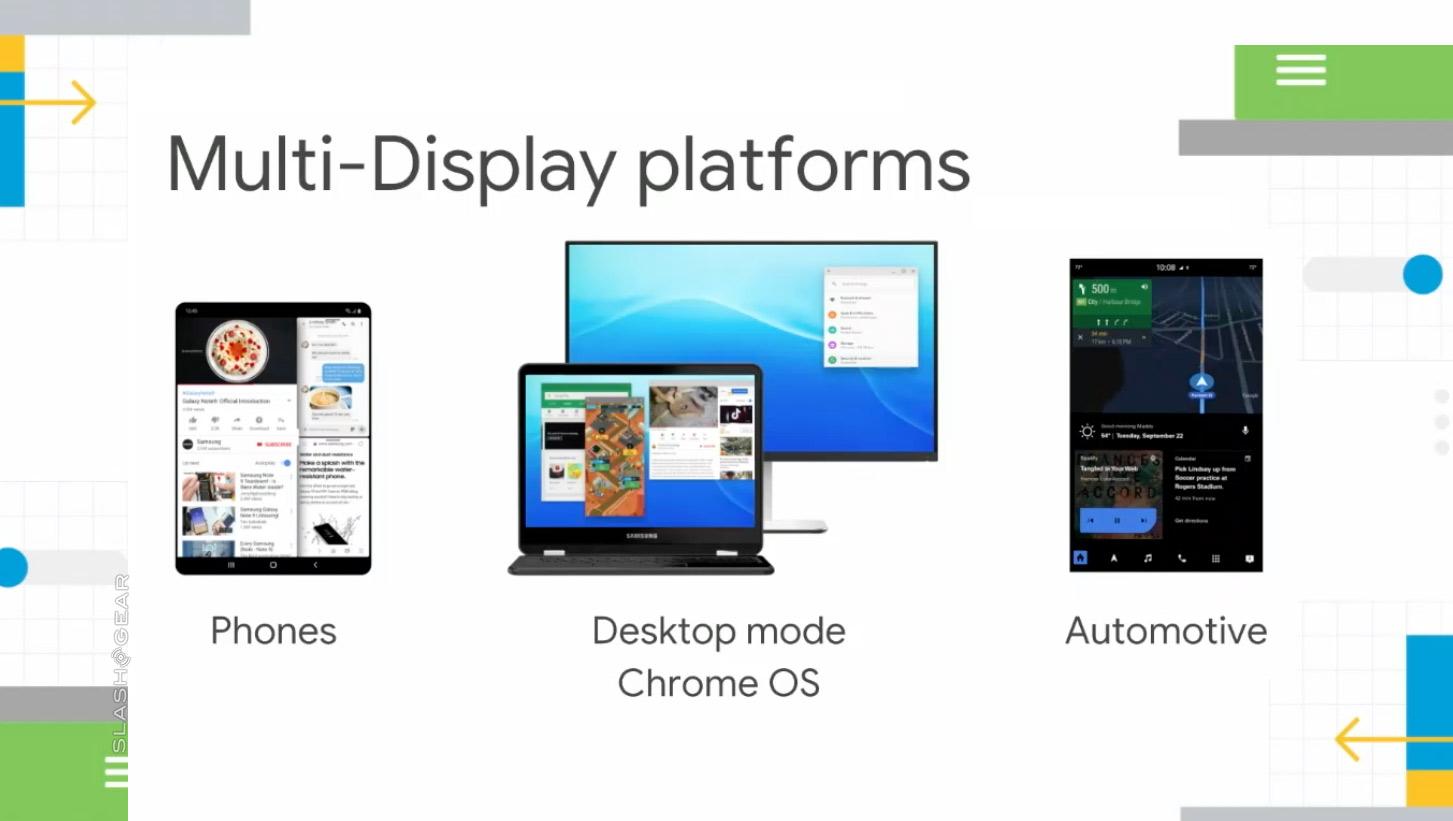 “Last but not least is Automotive Android,” said Kulian. “There may be many screens in a car, and multiple users may be interacting with different displays at the same time. For example, kids in the back seats may be playing the same, or different games, while the driver is using navigation.” Below you’ll see a feature from Android Developers about how developers should target multiple displays and multiple devices, always. Not that they’ve not already been doing so – but still! This is a jumping off point in the history of so-called “mobile” apps.

*NOTE: The name “Samsung Galaxy F” is still just a placeholder until Samsung itself makes the name official. For now, the only branding we have for Samsung’s first foldable phone is Samsung Infinity Flex Display.

As Kulian outlined, developers will want to support multiple instances of every section of their app. “Think of experiences you can build with multiple activities interacting with each other,” said Kulian. Developers were told to check what launch modes made the most sense for their app, to “handle concurrent input and multiple focused activities,” and to consider have a single LiveData with multiple ViewModels.

So it’s not the app in its entirety that expands from one mode to the other, but the view the end user has of that app. Functionality could expand, but might just as easily remain the same – only with a bit more room in which to interact with said app. 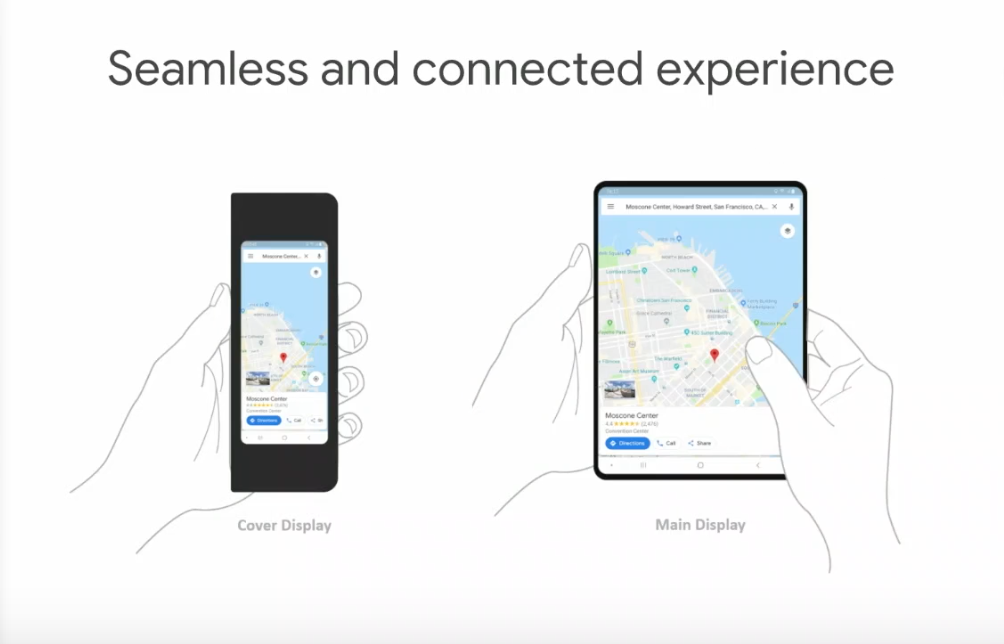 “For apps in general, there shouldn’t be too many differences, [regardless of] what platform [they’re] running on,” said Kulian. “To verify your app behavior, on any Android device running “O” [Oreo] or above, you can create a simulated display through Developer Options and watch your activity there. Unfortunately, at this moment, simulated display does not handle touch. We are working on improving this experience in the upcoming releases, and we are going to be adding new developer tools.”

Short term goals for Foldable device-targeting apps for as outlined by Google this week are as follows. Google wants to release a whole lot of developer guidelines for “the best experience on foldable devices.” There’s a Android Developers Blog entry all about getting one’s apps ready for foldable phones right this minute – so, goal achieved? 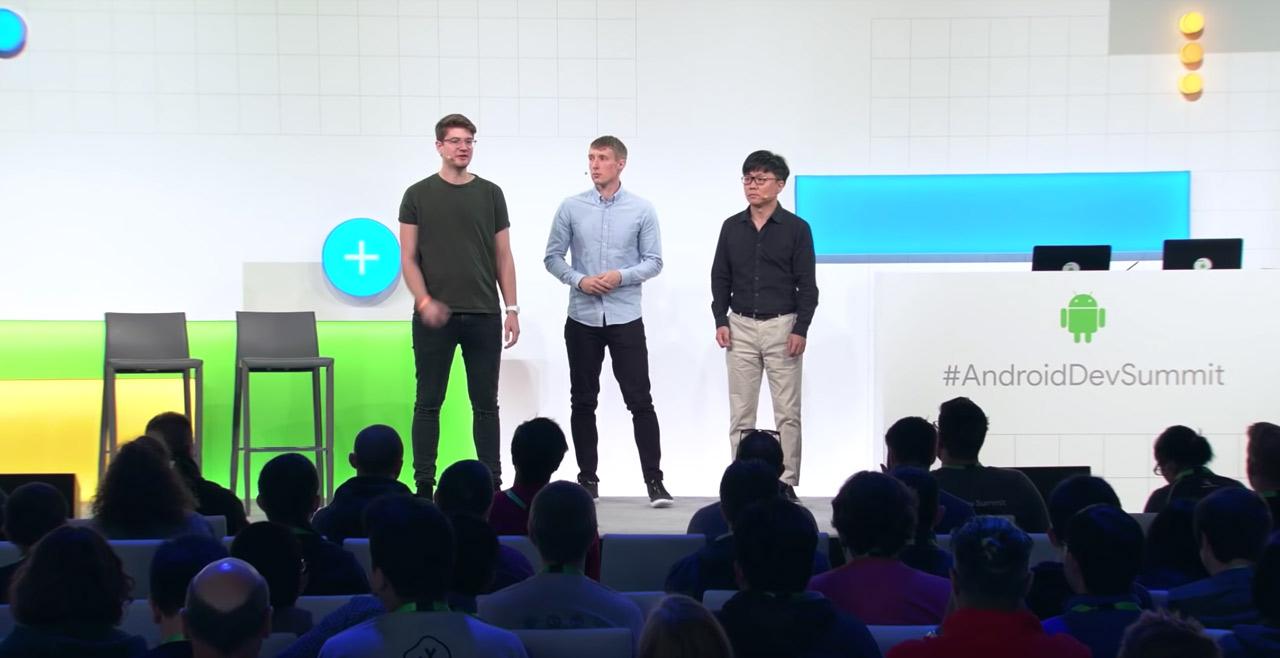 Also mentioned was “an emulator for the changing screen size and multi-resume behaviors in Q4.” We’ll likely see more about this before the end of the year, but maybe not this week. UPDATE: To see if Samsung posted their emulator for download, head over to Samsung’s developer portal for foldable devices specifically.

Long term goals for Google on this subject included “foldable and multi display support in next version of Android with consistent behavior everywhere.” Also on the list was “foldable and multi-display emulation for the AOSP emulator.” We’ll see that all sooner than later, we hope!