This week the system known as Google Stars – also known as Google Collections – has been revealed in enough detail that we’re able to move forward with some thoughts. Though not entirely public, Google has let loose a few details in code on what Google Stars might be, and how it might be integrated with several services in play already. Google addict Florian Kiersch has done the lion’s share of investigation into this system – we’ve had a chat with him this afternoon about his findings.

Below you’ll find a number of branding shots lifted by Kiersch from Google’s systems. They are – in order – Drag, Filters, Folio, Link, Safe, Search, and Share. The orange icon with a star inside seen above is one of several new graphics discovered by Kiersch corresponding with the word “Reviews.”

Google’s newest unit will be in Stars, using the Star you can already see in Chrome to the far right of your URL bar if you’re on, for example, a Google+ page. Stars will be an extension of bookmarks, allowing you to do more than just save URLs for later visitation in folders.

One demonstration of Stars in action is in this screenshot of “Folio.” Here we see what’s essentially a Google Drive public folder, but here it’s much more refined, and indexed in a URL which makes clear Google’s intent on expanding the public sharing system. 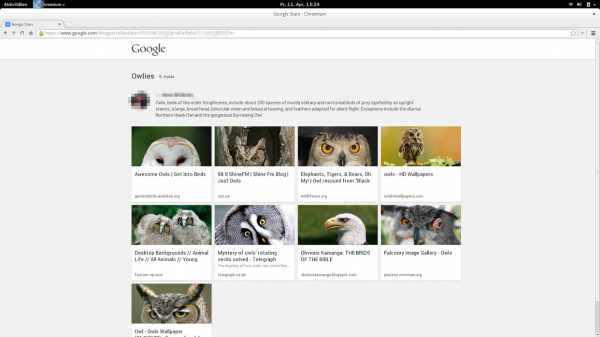 This sharing system will be based around what Kiersch has identified as “Entities” as well as images, videos, and web URLs. “Entities” will collect Freebase entities, possibly suggesting people, places, and things.

Kiersch suggests this week that he expects the first public hint of the system to appear at this year’s Google I/O. According to Kiersch, “as far as I can tell, Google has a regular web version for desktop and mobile and a Chrome extension.”

“I haven’t seen any hints of an Android app yet,” suggested Kiersch, “but it’s perfectly possible that there is one.”

According to Kiersch, “I guess there’s a lot to expect from this years I/O. I wouldn’t try to foretell Googles moves before that ended.” He went on, “the short term goal with Google Stars seems to be with images, videos and websites, but for long term I assume we will be able to organize all the other stuff Google already implemented stars in.”

This entire system will likely be able to collect your web-based bits and pieces and allow you to access them at any time, both inside private folders like Google Drive – and likely WITH Google Drive – and in public, if you do so desire. Searching these items for later use is also likely to play a big factor in Google Stars.

We’ll quite likely hear a whole lot more about Google Stars in the coming months, especially once June 25th and 26th roll around. We’ll be there with bells on – follow us through our Google I/O tag portal and stick around!