Google’s Pixel phone is the subject of two quite major misconceptions right out the gate. These misconceptions make it unclear how a user might be able to use their Google Pixel. They also make it unclear who it was, in reality, that made the device. Today we’re going to clear a few things up with some facts.

The hardware makers at HTC manufacture the Pixel and the Pixel XL. Unlike previous Google-released phones, the Pixel does not have manufacturer branding. Instead, Google has opted for the clever “Phone by Google” printing at the back of the phone. 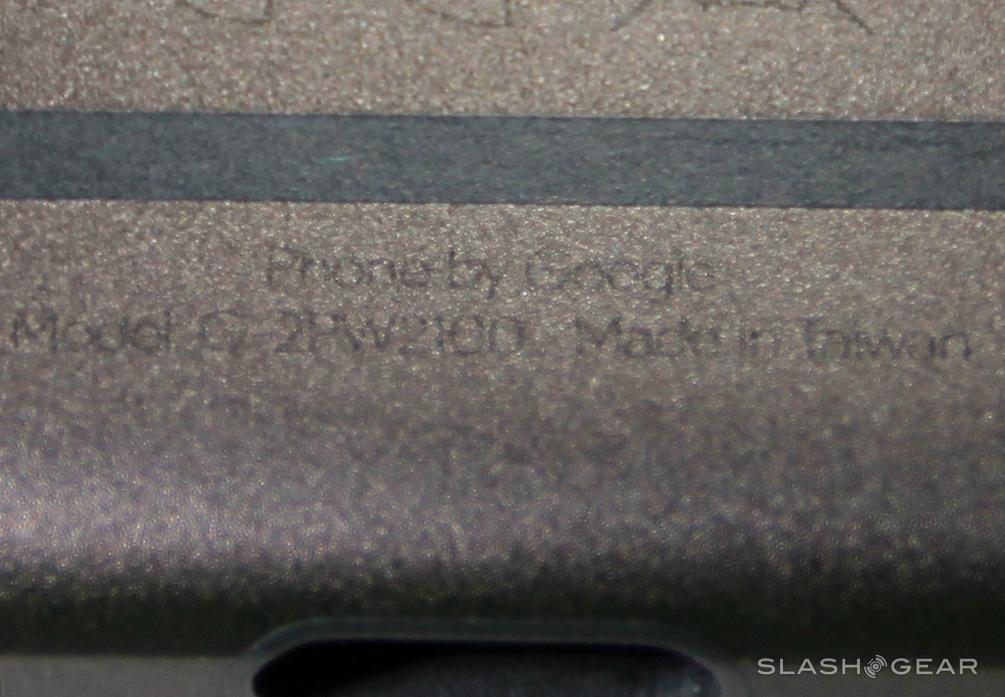 Here you’ll see the printed words “Phone by Google” on the “Quite Black” version of the Pixel XL (slightly difficult to read on this color). SEE: Galaxy S7 vs Pixel XL camera battle You wont find HTC selling the smartphone in their online store. You will find Google implying that they’ve made the phone – which, they sort of did. They just didn’t put the phone together themselves.

The other most major misconception attached to the Pixel is that it’s only a Verizon phone. The Pixel and XL aren’t in T-Mobile USA, AT&T, or Sprint stores, but they’re not exclusive to Verizon. Verizon’s advertisements for the Pixel line imply otherwise. 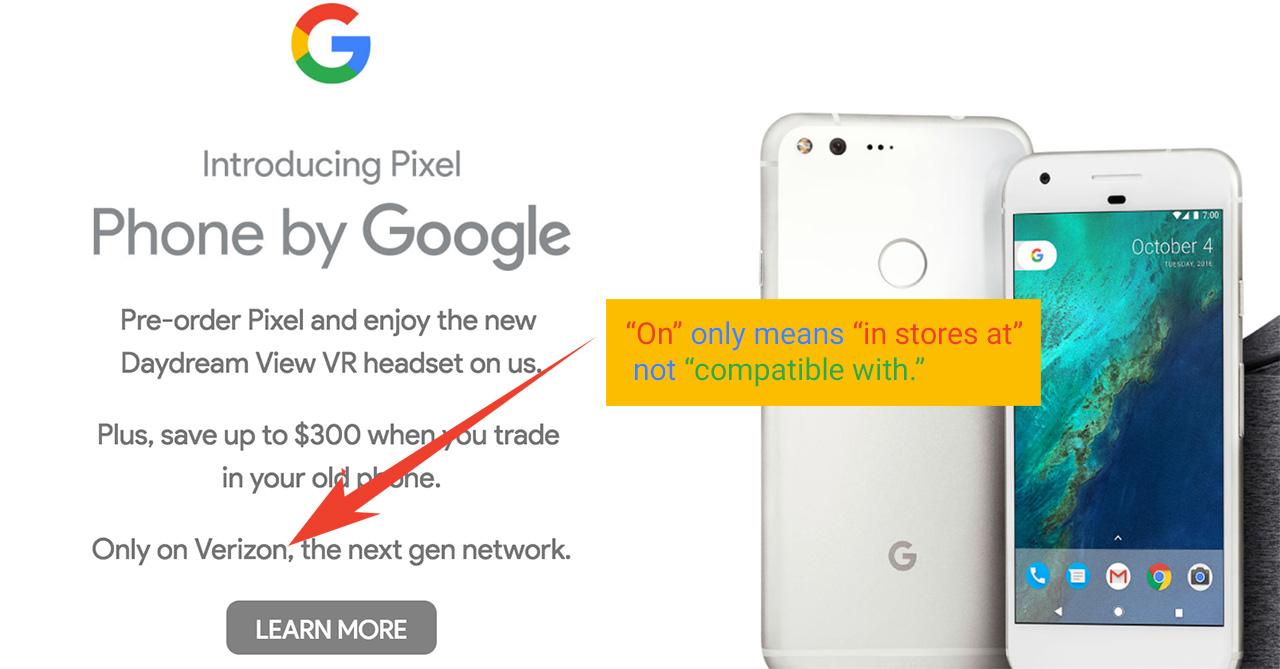 If a new user types “Google Pixel” into Google, several results appear. First, two advertisements – the first from Google, the second from Verizon. After “in the news”, the next result is Google again, then Google yet again.

Google wants Verizon’s support, but doesn’t want the carrier to be the one source for the phone. Google needs a major carrier – the most major carrier in the USA – to put the Pixel on their shelves. There it’ll be visible to people that don’t search the web for reviews before buying. 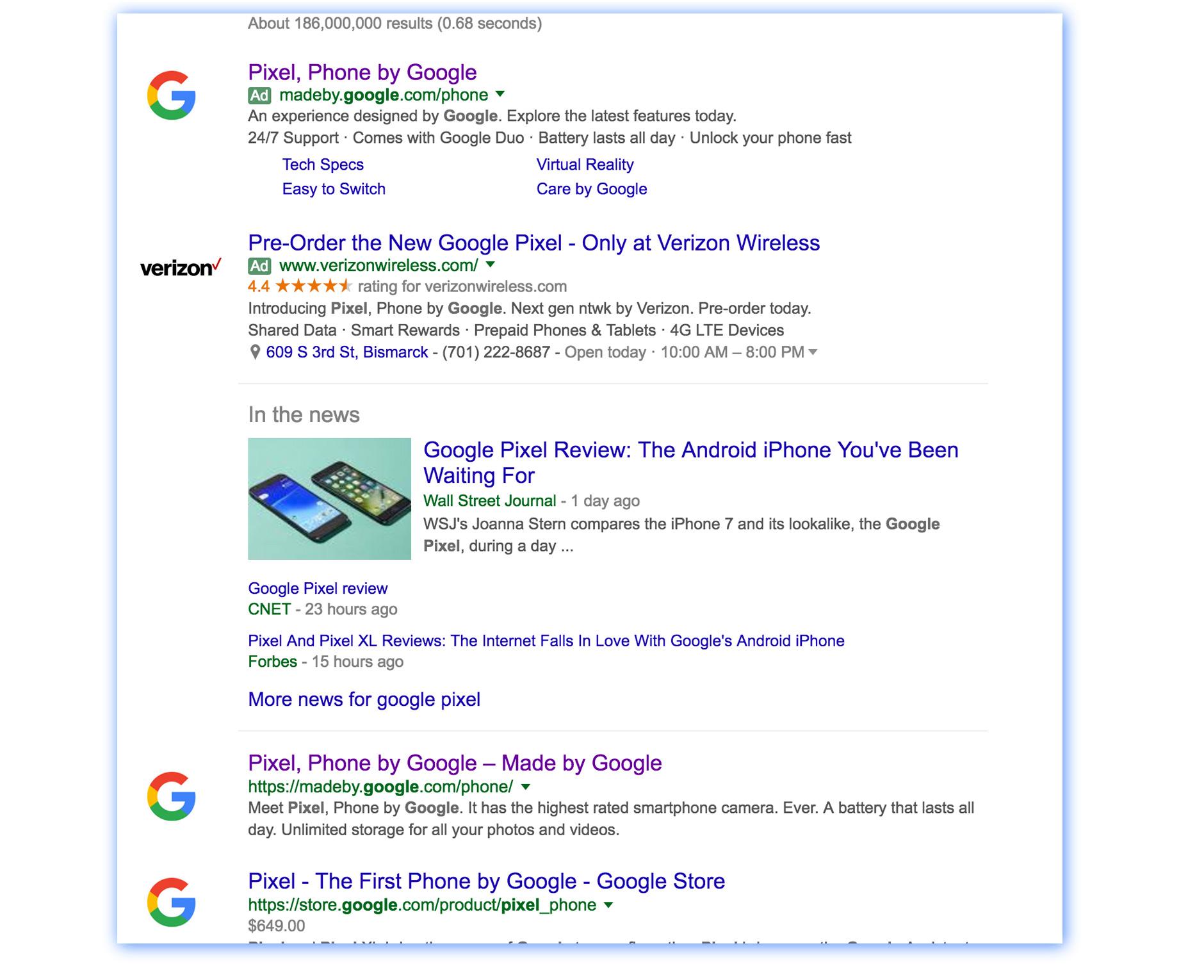 But the Pixel and Pixel XL have the ability to work with SIM cards from all major carriers. It’s using Qualcomm hardware that allows it to be versatile. Far more versatile than Verizon would have you believe.

Have a peek at our collection of interesting bits and pieces about the Pixel and Pixel XL in our Google Pixel portal on Twitter!