Google Pixel XL’s camera battles Samsung’s Galaxy S7 in our first of several tests of the best. When the Galaxy S7 (and S7 Edge) first came out, they topped the quality charts for mobile cameras. Now several months old, the S7 family may need to make way for a new emperor of mobile photography in the Pixel.

Google Pixel XL features a Sony Exmor IMX378 image sensor. This means it’s picking up 1.55µm-sized pixels in 12.3-megapixel photos. This camera’s lens has a focal length of 4.67 mm and works with an f/2.0 aperture. Of note is the fact that the Google Pixel XL has the exact same camera setup as the non-XL Pixel. Both models should end up performing exactly the same.

The Galaxy S7’s camera array captures 12.2-megapixel photos at 1.4µm pixel size with an f/1.7 aperture. This device’s lens has a focal length of 4.20 mm. Right off the bat it should be clear that the more advanced image sensor and larger focal length will be better. At least, that’s what we would expect based only on specs.

First we’ve got a set of photos captured indoors at close range with only yellow light to assist. Here both cameras seem to perform rather similar. You might notice cooler colors in the Pixel XL photo which, in this case, is less accurate than the Galaxy S7.

The photo above also shows how the Pixel XL spreads focus over a larger range – top of the cards to the bottom. Below, up close, we see that sharpness in this one area is almost the same. 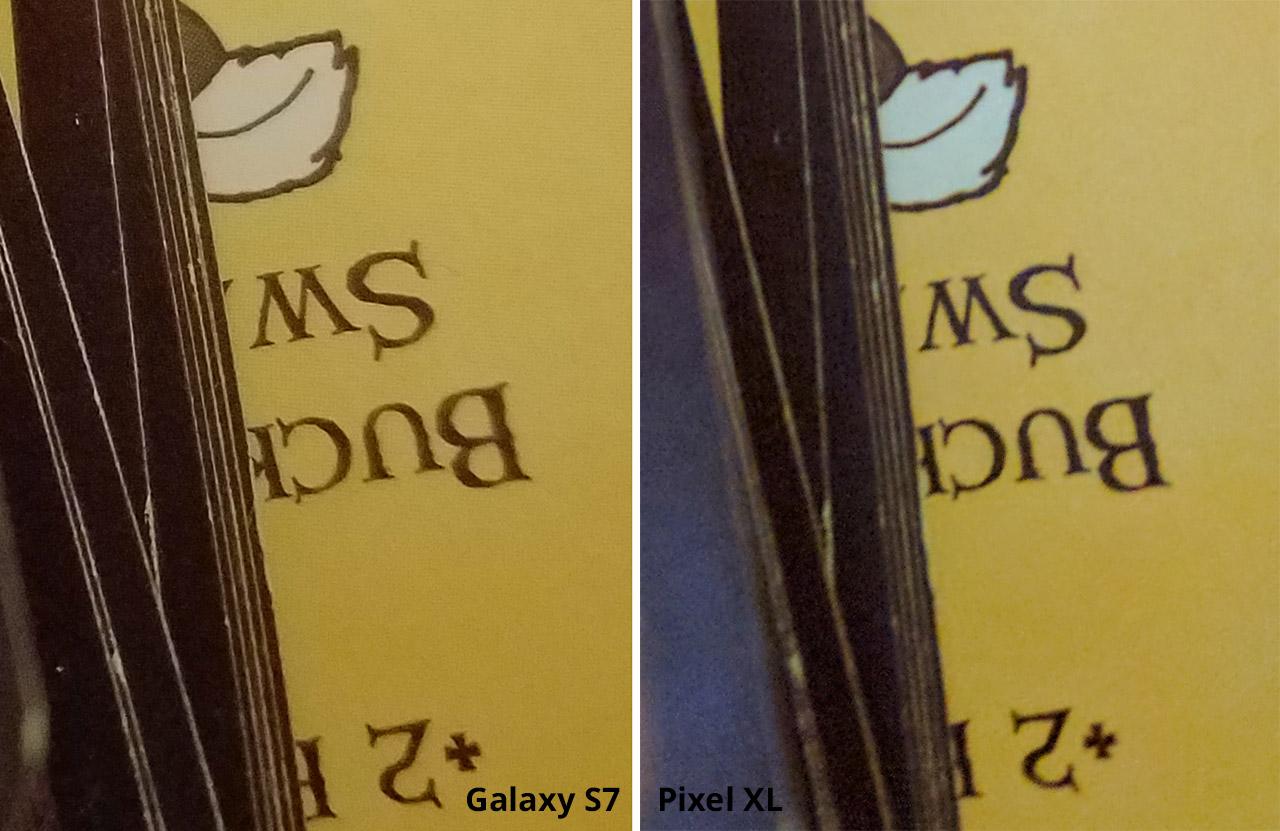 A photo of grass taken in the afternoon on a clear day shows distinct differences between cameras. Galaxy S7 tends to run warm while the Pixel XL goes a bit cooler. The Galaxy S7 view seems to be sharper than the Pixel XL, too. 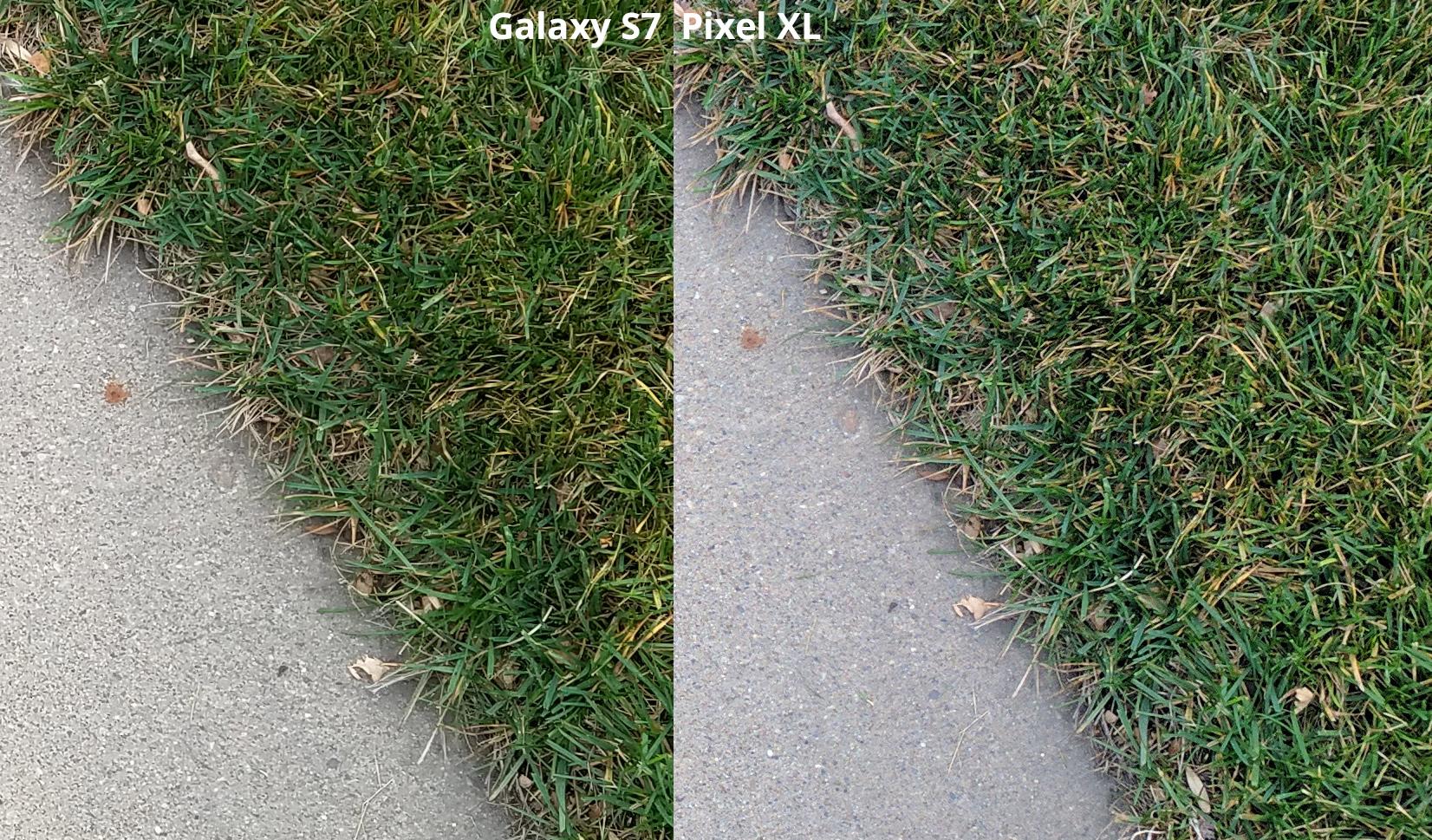 Once we get close, we see that the Galaxy S7’s view of the world is sharp. Maybe even too sharp. Compared to the Pixel’s processing, the Galaxy S7’s photo looks over-sharp and unnatural.

In this set of photos taken at dusk, we see that the Galaxy S7 wants to latch on to warmer tones while Pixel XL wants to go cool. This test isn’t super scientific because of the differences in angles and tones vehicles. It does show, though, how well both cameras handle semi-dark scenes with moving objects.

Next is a bunch of rocks photographed by the Galaxy S7 (on the left) and the Pixel XL (on the right). While the Pixel XL seems to get color accuracy points in most areas over the S7, the S7 gets sharper in others. Again – pretty much a toss-up here until we get up close and personal. 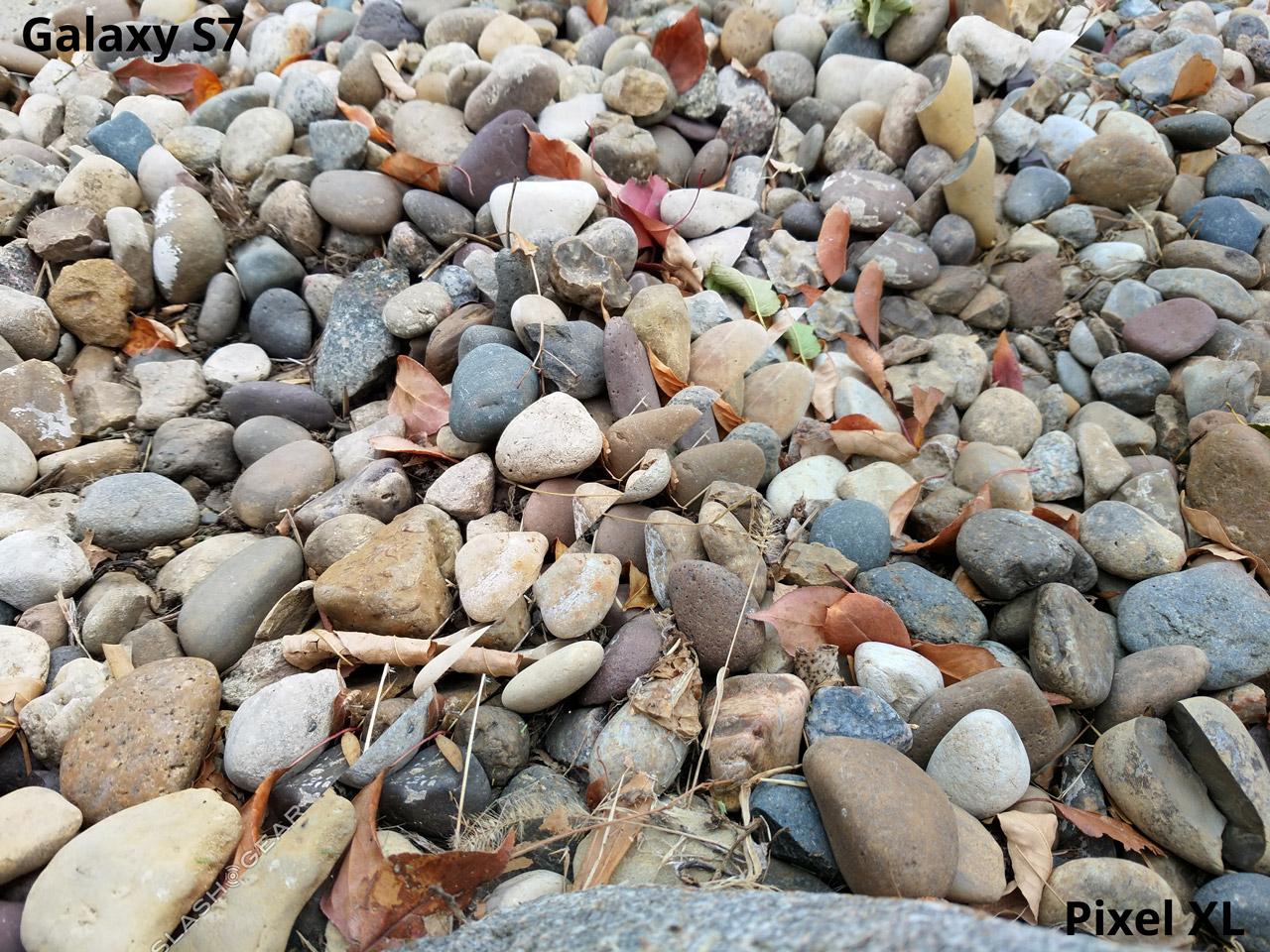 Once we’re in close, we see that the devil is in the details. The Galaxy S7 seems to get over-sharp in some places, while the Pixel XL stays truer to human sight. 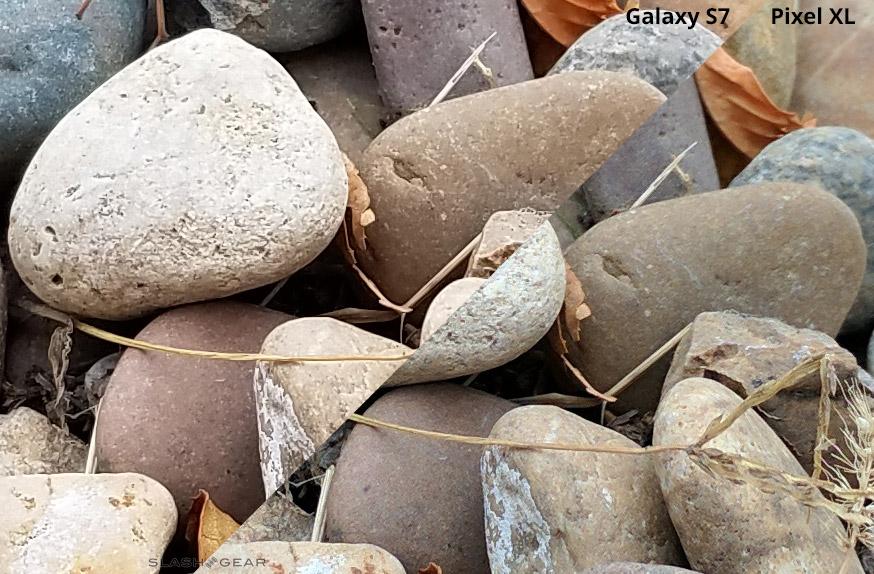 Below is a battle of total darkness and flash LEDs in a closet. The images show how the Galaxy S7 found focus closer than the Pixel XL, while both did find a spot to settle on. While light could be more even, both cameras avoid the total wash-out. 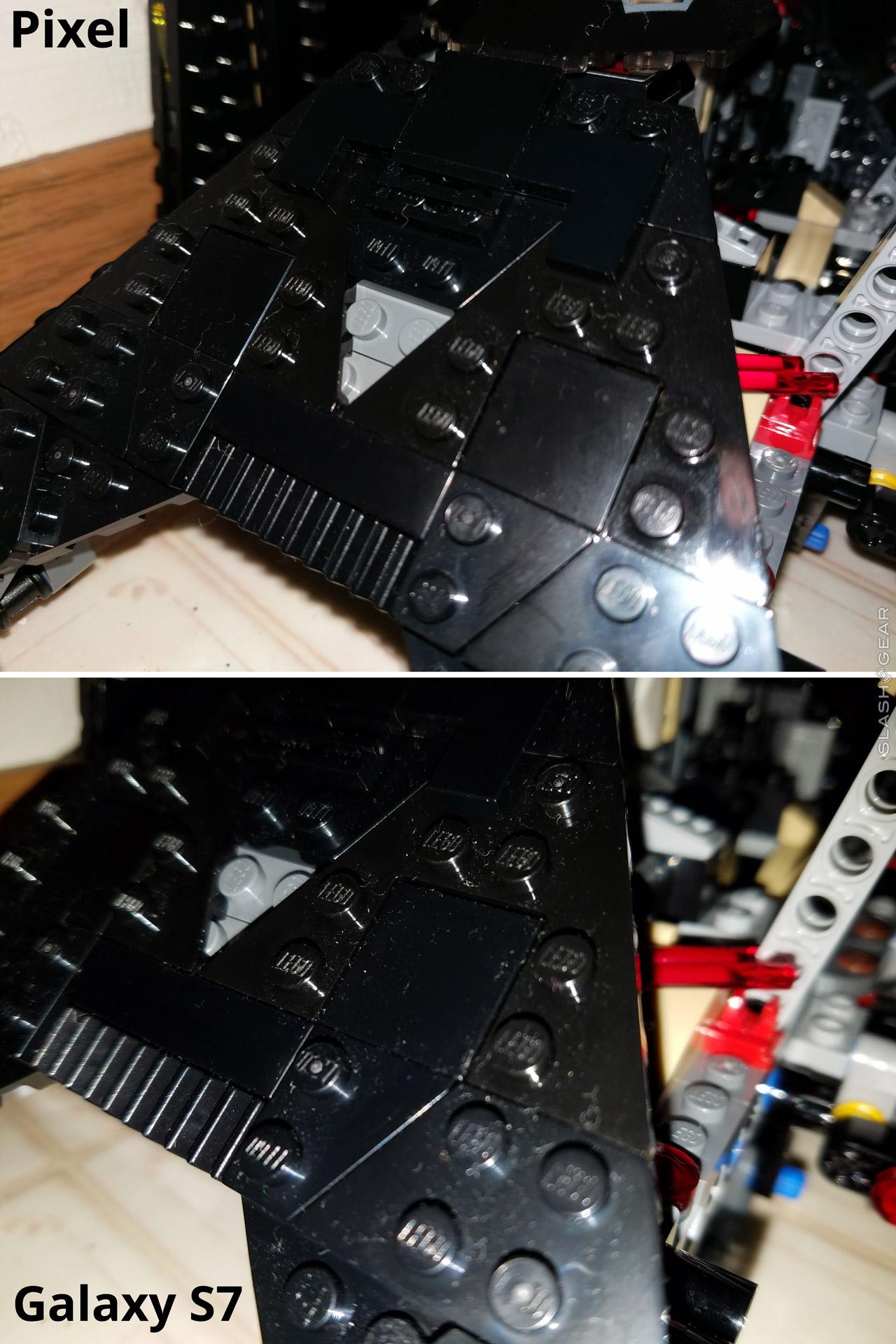 We live in an age where smartphone cameras give even the worst photographer potential. Each successive release of Sony’s image sensors make for better photos. That’s true even here, with two cameras in the same year.

I wouldn’t recommend one of these devices or the other based on the differences in their cameras. They’re far too similar. Instead, it’ll be up to the user to decide if the rest of the phone’s features provide difference enough.

If pressed to pick one camera over the other, I’d go for the Pixel XL. That ever-so-slight bump in specs makes the end product just a tiny bit better. Even a little bit of a bump is a success when we get this close.

Above you’ll find a gallery of original versions of the photos discussed in this article. The above gallery shows photos captured by the Pixel XL, while below are photos from the Galaxy S7.