Google Photos’ new AI sharing may be creepy, but count me in

At a Google I/O where the Google Assistant held center stage, it was a service I’m already deeply committed to, Google Photos, which arguably made best mainstream use of the growing AI. Like Google’s most successful products, the integration between the Assistant and the cloud photo service ignored technological showboating in favor of just plain useful features that address real sharing hassles users experience every day. Indeed, as nudges to sharing goes, it’s hard to see how Google Photos could now make it any easier without bypassing the human user altogether.

I can certainly understand why some people might find the new sharing features a little creepy. After all, hunting through the faces in each frame to figure out who you might want to send that gallery to is a good example of artificial intelligence skirting the line between “talented superhuman” and “uncomfortably superhuman”. No, it won’t actually share them out without your blessing, but if the thought of a supercomputer sifting through your images gives you unpleasant feelings then this probably isn’t the upgrade for you.

All the same, it’s built on nothing Google Photos hasn’t been doing already. Its facial recognition has been present from the start, and I’ve found it’s actually surprisingly useful when you’re hunting back for old shots in the depths of your archive. If I’ve got a problem with it, it’s that it does well with humans but not so well with cats, and frankly that’s probably what I’d be more likely to make a new Photo Book of. 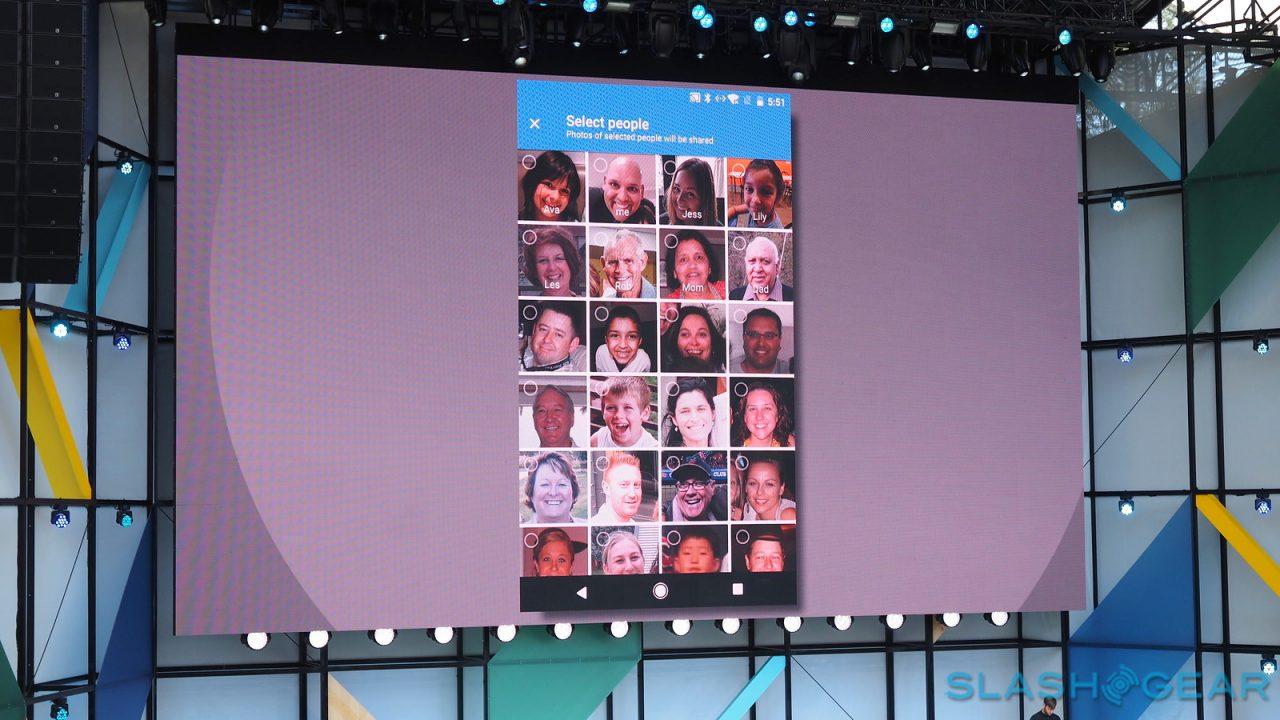 Really, though, I can see Shared Libraries causing more of an issue. Certainly all the privacy features are, on the face of it, there. You can choose the subset of images you share, back to a certain date, or only including certain faces. Problem is, all it takes is one mis-recognized face – something which, for all its AI smarts, still occasionally happens on Google Photos – and someone might see something you didn’t intend them to. Or, perhaps worse still, that personal selfie you took and that got automatically backed-up without you realizing, suddenly gets flagged up as a new shared image.

The sharing suggestions, however, are so in tune with how I use Google Photos now that I wonder whether the company made them just for my benefit. I rely on auto-uploading on every phone I use, in the knowledge that otherwise they’d sit on random devices and memory cards and eventually be lost without trace or inadvertently wiped. Often I tell someone I’ll be sure to send them a copy, only to forget to actually send them on.

Meanwhile, going back through my library recently made clear to me that, while I take a reasonable amount of photos of other people when I’m out, I don’t often show up there myself. If nothing else, today’s updates are motivation to encourage other people to start using Google Photos too, if only so that they’re more likely to flesh out my galleries with pictures where I’m actually in the frame. I’ve found Google’s promise of unlimited free storage space for photos helps when making my argument.

Machine learning and artificial intelligence can be as difficult to explain as they are, at times, creepy. Google Photos’ newest sharing features may not be as technologically aggressive as some of the ways the company is using AI, at least on the surface, but as a practical demonstration of its potential worth I’d venture it’s the most successful out of everything unveiled during the two hour I/O 2017 keynote today. Best of all: if you don’t like it, you can just turn it off.

Are you creeped out by Google Photo’s facial recognition? Am I being too trusting? Let me know what you think in the comments!