Google’s Glass wearable computer has been spotted in the wild in New York City, complete with what appears to be integrated prescription lenses. The bright red augmented reality headset – set to ship to developers in $1,500 Explorer Edition form early in the new year – was spotted by a Road to Virtual Reality tipster on what’s presumably a lucky Googler testing Glass while out and about.

Google’s Sergey Brin sported a set of Glass with sunglasses lenses back at Google IO, with the tinted sections apparently clipping into the brow frame. Meanwhile, Google had also confirmed that it was looking at prescription lens support. 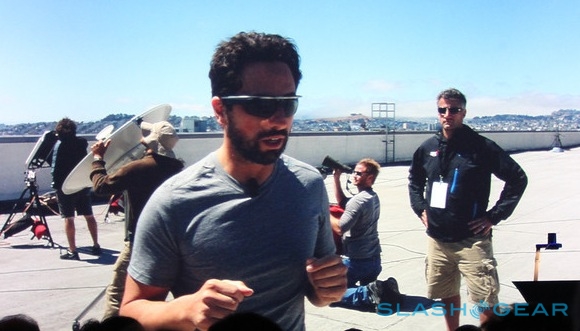 Google is also exploring the potential to integrate the Glass display cube into a set of prescription lenses themselves, rather than using a separate display altogether. That would require more precise optical work, of course, and could prove significantly more expensive when it comes to changing your prescription. 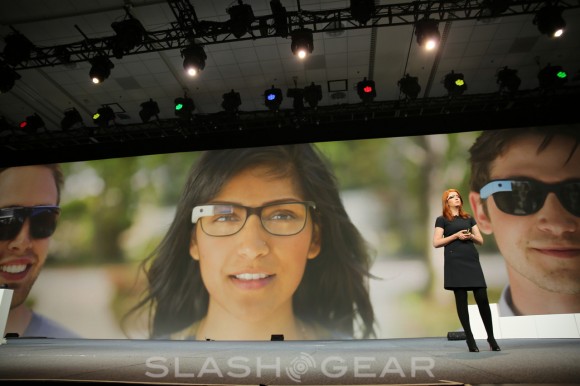 Exactly how well the Explorer version will handle lenses remains to be seen; Google has described it as a test kit for developers to begin coding augmented reality-compatible apps, rather than the final form-factor of the hardware. It’s also believed to feature a bone-conduction earpiece for sound inaudible to anyone but the wearer. Judging by what look to be discrete metal lens rims, however, it’s an altogether slicker system than the large black glasses Google showed photos of at I/O 2012.