Those of you waiting for the ultimate head-mounted computer in Google’s Project Glass will be glad to know that it may be coming with a nose piece that changes based on your desires – and nose size. What we’re seeing today is a patent at the USPTO that’s been granted to Google which shows a technology that allows for a malleable nose bridge controlled by the touchpad that sits on the side of the Glass unit (by your temple). Just incase you’ve got an extra-stuffy nose, you’ll be set!

This new bit of gadgetry has the ability to harden and soften using electrically controlled fluid. The fluid has a changeable viscosity which is controlled, again, by the touchpad at your temple which also tends to control many items in the full unit. Those of you that wear glasses on the regular know that having a nose piece that’s too hard can lead to the ol’ “nose dents” while too little support has a tendency to keep your glasses closer to your chin than your forehead. 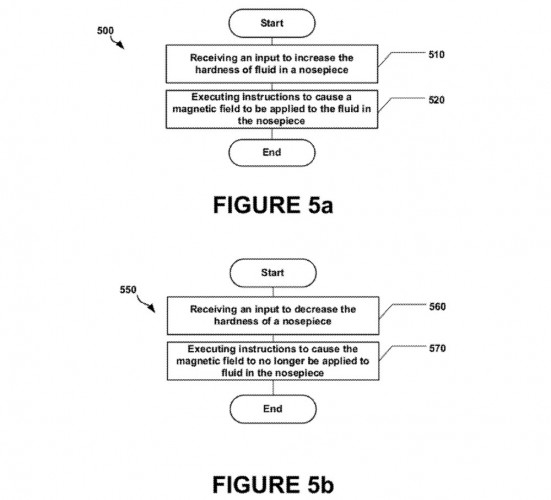 At the moment it does not appear as though this tech will be present in the first edition of Google’s Glass units, but perhaps the future “final” iteration will be bringing the fire. The Explorer Edition of the Google Glass gadget is still set to be sent out in the first half of 2013 to those that pre-ordered back at Google I/O 2012. This edition will be tending to developers and those that really, really want to check the gear out early rather than the public. 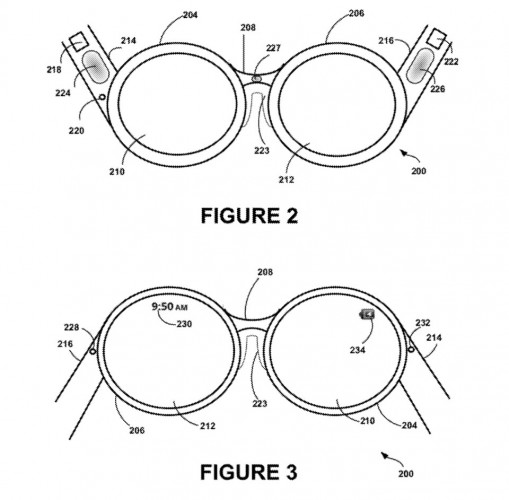 The public will be waiting an undisclosed amount of time before the final iteration of Google’s Project Glass is released. The final market edition of the technology will likely have several different iterations, some made for those that don’t normally wear glasses, some for those that do. There will also be a hefty premium, we must expect, for a future-looking bit of uniqueness like this, especially considering the price of the Explorer Edition.