Google has quietly introduced a hard case for its Glass headset, addressing a design issue notorious among early-adopters of the headset where the right arm could easily snap, even when in the standard pouch. Glass’ design features a narrow plastic stem between the battery section, which sits behind the wearer’s right ear, and the body of the wearable; unlike most of the body, it goes unreinforced by the titanium headband. Now, albeit only with the new Glass frames collection, there’s a hard case to address that shortcoming.

The case itself is hard all around, according to Jake Steinerman who ordered a set of the Titanium Collection frames, with a space inside for the small screwdriver which is used to attach the Glass eyepiece. It appears to be covered in the same soft, felt-like material that Google used for the original case, with a zip-up edge. 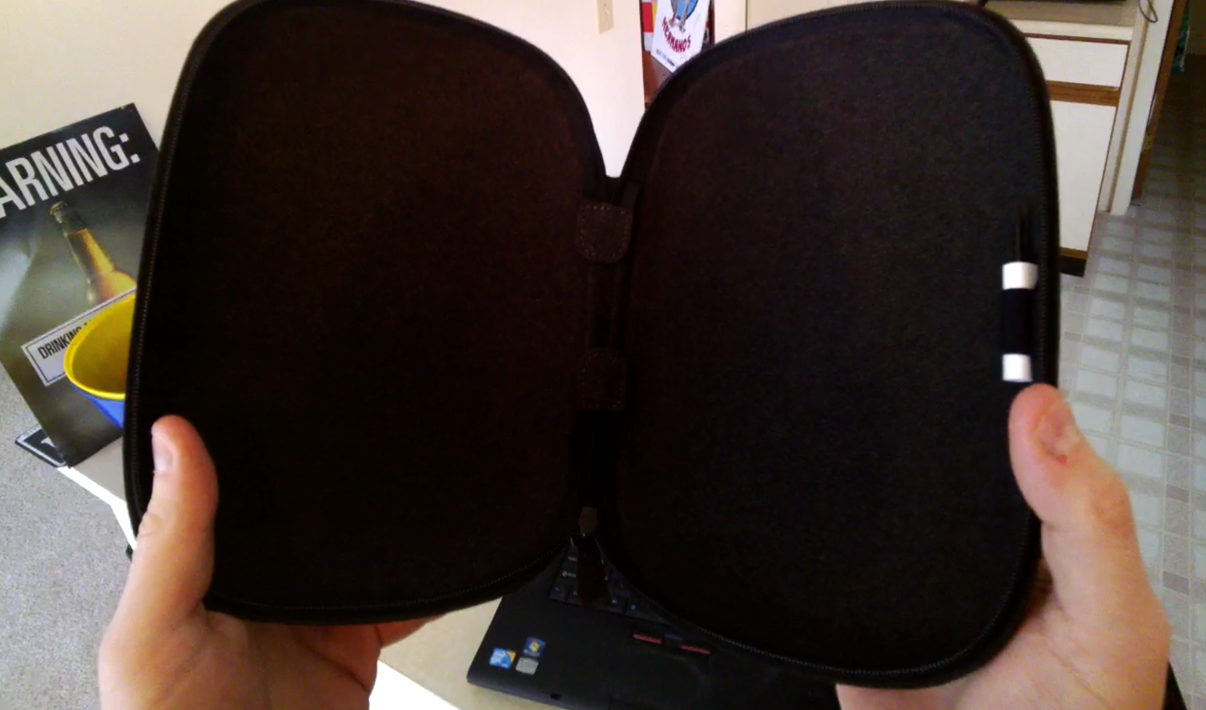 Update: Morgan Johnston also got his new frames – and the new case – in today, and has shared another image. “It’s not a super-hard case that will withstand any attack,” he writes, “but it’s a big step up from the old sack.” 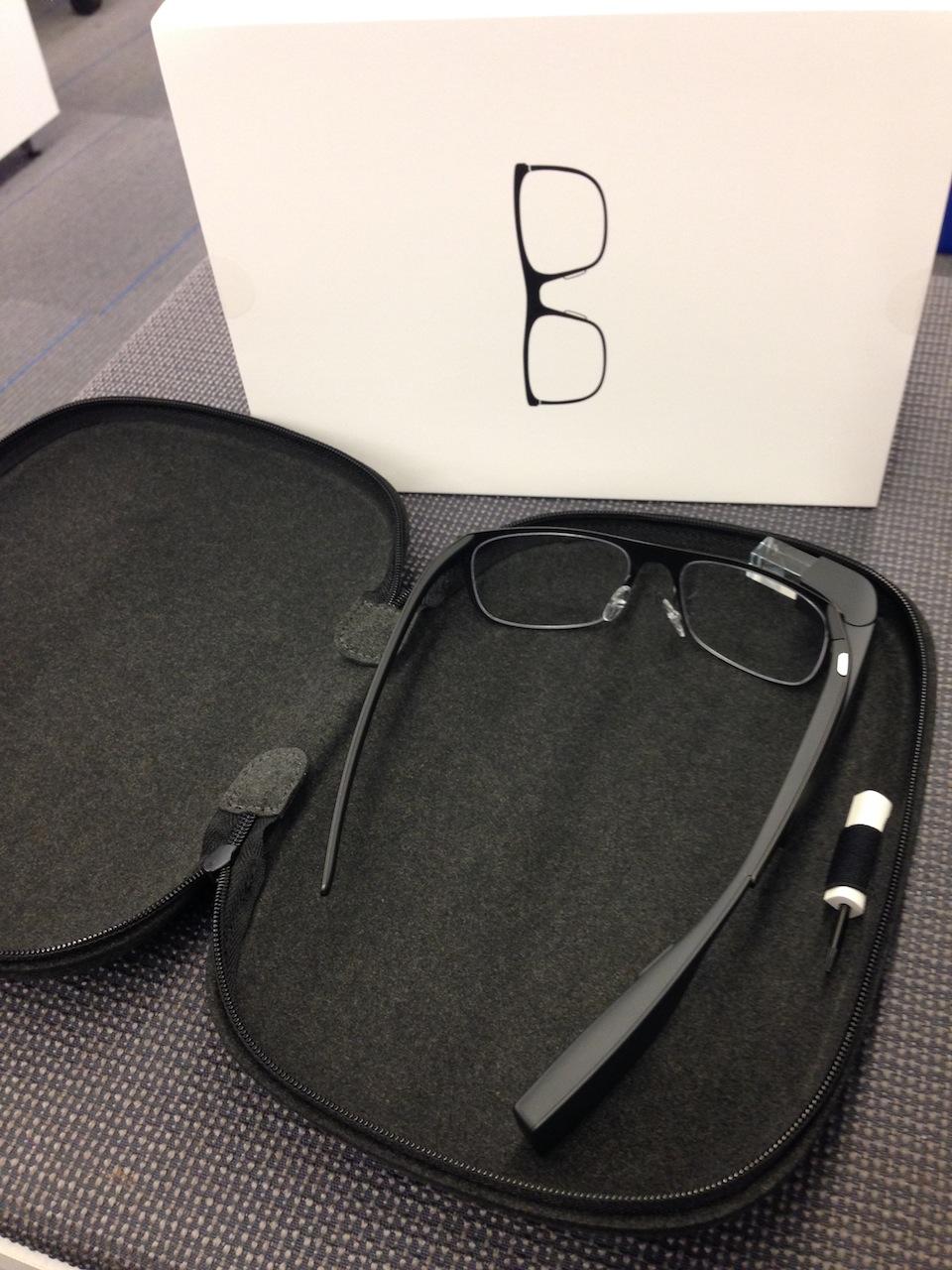 Without extra protection, several Glass users – especially those who travel frequently, and put the wearable in and out of bags and rucksacks – found that it could be easy to snap the plastic stem. That’s due to arguably poor design of the original pouch, which is still supplied with Glass itself; that has a hard cup to protect the eyepiece, but the rest of the frame is left covered only in fabric.

Our own Vincent Nguyen experienced the case’s shortcomings himself, finding just being jostled in a bag was enough to break the plastic. Google replaced the headset, though said that it would only do that once, meaning if there was a second break the Explorer could be liable for another $1,500 purchase if they want to continue using Glass.

News of the new design was originally briefly mentioned in the Titanium Collection FAQ, though there’s currently no sign of an option to purchase the case separately from a set of the  frames.