Google’s Project Loon, bringing internet connectivity to out of the reach areas using balloons, sounded ridiculous at first. Turns out, according to Google Senior Vice President Sundar Pichai, that silly idea is actually floating pretty well. Speaking during his Mobile World Congress keynote in Barcelona today, Pichai revealed the latest stats for the floating web platforms, which can now stay up in the air for as long as six months.

“We think the model is really beginning to work, and so we’re beginning large-scale testing,” Pichai said. In fact, they’re lasting in the upper levels of the atmosphere for around 200 days at a time.

Meanwhile, as well as staying up for longer, Google has upgraded the wireless connectivity onboard. 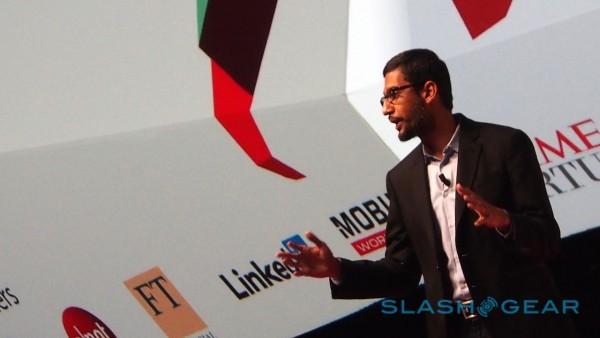 For instance, Project Loon is now delivering 4G data rates direct to handsets on the ground, rather than the 3G of before. Pichai didn’t say exactly what sort of rates test users were experiencing.

Range, too, has increased, quadrupling over the past twelve months since the first Loon balloons took flight. Next up will be large-scale trials with carrier partners Vodafone, Telefonica, and Telstra in Australia.

“We are working hard to create a backbone so that we can provide connectivity,” Pichai said. “We will be working with carriers around the world so that they’ll be able to build their services on our backbone.”

Loon isn’t the only flying connectivity approach Google is taking, however. Project Titan, which uses solar-powered drones to fly base-stations across disconnected areas, will begin test flights over the next few months, the exec said.

It’s all part of what Pichai says Google sees as its responsibility to bring connectivity not only to wealthy users in more developed nations, but to those who maybe struggle to get online, if they can at all.

“For many of you around this room, you take connectivity for granted,” Pichai pointed out. “You complain about WiFi speeds, or that you may not get great connectivity all the time, but we are very spoiled most of the time.”

Still, while the tests might be going well, that doesn’t mean a Loon or Titan network will be lighting up for commercial use any time soon.

“I think you’ll see a lot of progress in the next coming years, and that’s the sort of timescale you can expect from these service,” he concluded.