Google Clips, the company’s smart camera, has quietly gone on sale, promising to take the photos you might not normally think to capture. Announced alongside the Pixel 2 and Pixel 2 XL last October, Clips is Google’s attempt at a smart camera, with onboard machine learning to figure out who’s important and when to take a picture.

The camera itself automatically adjusts its resolution according to the situation, along with its low-light mode, and has a 130-degree lens to fit more of the scene in frame. It can capture at up to fifteen frames per second, later using machine intelligence to automatically pick out the best shots from that burst mode. Indeed, Google claims that its Moment IQ is clever enough to figure out not only when the lens is covered, but the best expressions in the frame, when the lighting is spot on, and when the framing is idea.

The lens is protected with Gorilla Glass 4, and there’s a manual shutter button for when you don’t want the algorithm to be in charge. Power control is via twisting the lens, and the clip on the back also functions as a stand. Alternatively, even without the clip the camera will stand upright on its flat base. 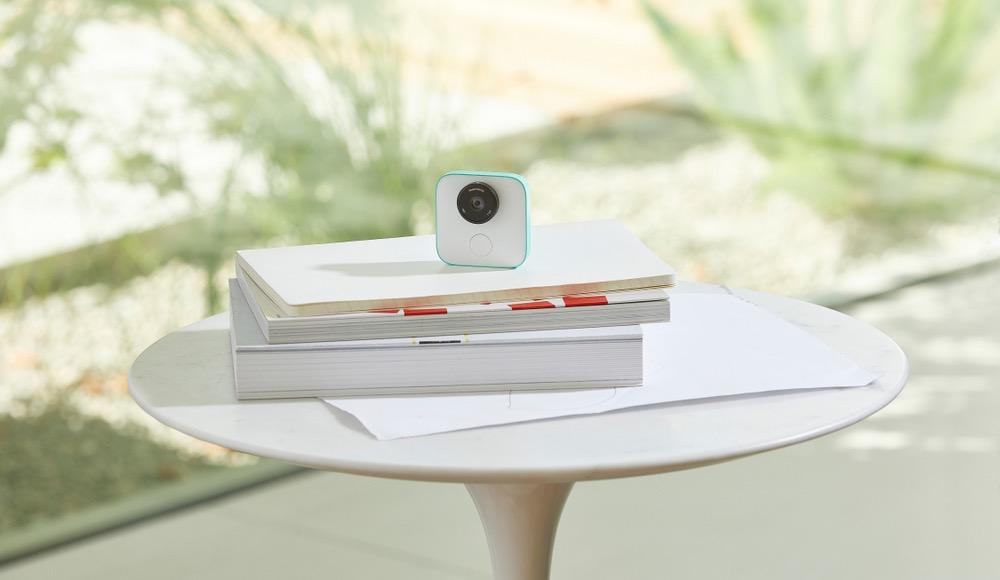 Inside, there’s 16 GB of storage, along with a battery which Google says is good for up to three hours of capture. There’s WiFi Direct for transferring photos to your smartphone, which needs to be running Android 7.0 Nougat or newer, or an iPhone running iOS 10 or newer. Bluetooth LE and a USB-C port are also included, the latter used to charge the camera.

What’s interesting is that Google’s processing happens on the Clips camera itself, rather than in the cloud. Indeed, one of Google’s big pitches for the camera is that everything is saved locally, and stays that way, until you yourself decide to share it online in some way. Even without that cloud processing, it can recognize faces and more.

It’s an intriguing prospect, certainly. Other companies have tried their hand at the life-logging camera – most memorable the ill-fated Narrative, which shut down in 2016 – but the stumbling block has generally been one of filtering. There’s storage enough for thousands of photos to be captured in a day, but few of us have the time or inclination to sift through them and pick out the best shots from the mundane.

If Google’s algorithm can do that with sufficient efficiency and accuracy, Google Clips could well succeed where its predecessors have fallen short. We’ll know soon enough, with orders opening up today. CLips is priced at $249, and is expected to ship by the beginning of March 2018.

Update: Clips, despite the form-factor, is meant to be left observing the scene rather than worn by a user; we’ve updated the post to reflect that.