Google has improved its Google+ social network, tackling circle overflow with new “graphic-equalize” controls over what shows up in your stream, tweaking notifications and photos, and improving how brands can control their business pages on the site. Up to 50 administrators can now be assigned control over a Google+ brand page, rather than just one as originally allowed, with an improved notifications system that keeps all managers up to date.

As for handling circles, Google has responded to the ever-increasing number of alerts, posts and photos from those in circles with more granular control over which circles show up most often. A slider for each circle allows its posts to be given more priority or suppressed, as in the video below.

Notifications, meanwhile, have been bolstered with “sneak previews” to show more information on what, exactly, it is that has been added to posts. 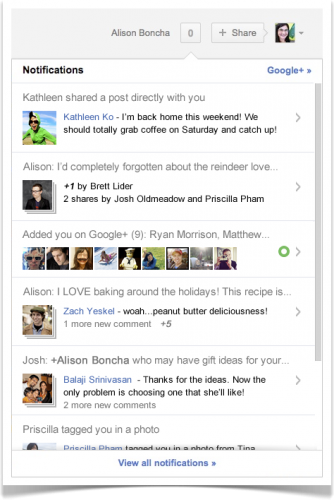 Finally, Google+ photos have a new tagging system, as well as streamlined navigation and enhanced comment legibility. “This design makes the photo the hero,” Google says, “letting the content itself shine through.”