Google will co-invest in a quantum supercomputer lab near its Mountain View campus, exploring the potential for incredibly-fast processing tipped to run 11,000x faster at some tasks compared to a standard Intel chip. The computer itself will be manufactured by D-Wave and based at NASA‘s Ames Research Center, where the Universities Space Research Association nonprofit will be responsible for its operation; Google and other companies will share access to the “D-Wave Two” hardware, which is rumored to cost around $10m.

It’s not the only time D-Wave has offered quantum technology, though that’s not to say Google’s shared machine will be one of many such installations. D-Wave sold the first quantum supercomputer to Lockheed Martin in 2010, following it up with a commercial version back in 2011.

D-Wave’s system differs considerably from the traditional path to producing a supercomputer. Usually, manufacturers piece together thousands of regular x86 chips and use complex software and hardware to get them all working together on the same problems; more recently, we’ve seen an increase in the role of more flexible GPU-based processing alongside normal CPUs.

In D-Wave’s quantum computing approach, however, a whole new chip architecture is introduced. The company calls them “Qubits” and each chip has up to 512 of them; they’re responsible for simultaneously encoding information at the quantum level as either 0, 1, or both 0 and 1 at the same time. The Qubits are hooked up using Couplers, which push a pair of Qubits to either matching or opposite states, and then programmable magnetic memory is used to guide the path of the processing.

It’s that duality of state which helps quantum computing to be so fast, D-Wave claims. By examining all of the combinations simultaneously, the final computation comes far quicker than from a traditional processor, making it particularly suited to the sort of mass-crunching Google has a tendency to perform.

“In the D-Wave processor, the qubits can slowly be tuned (annealed) from their superposition state (where they are 0 and 1 at the same time) into to a classical state (where they are either 0 or 1). When this is done in the presence of the programmed memory elements on the processor, the 0 and 1 states that the qubits end up settling into gives the answer to a user-defined problem. All circuitry on the D-Wave processors is made from a material known as a superconductor, which is cooled to 20mK, (near absolute zero) in order for the quantum effects to manifest in the material” D-Wave

Specifically, Google apparently intends to harness quantum computing for advanced machine learning – or at least attempt to – and accurately model the real world. That could be used for more intuitive search, along with combining data from multiple services and making engaging inferences, such as Google is already attempting with Google Now. “We hope it helps researchers construct more efficient, effective models for everything from speech recognition, to web search, to protein folding” a spokesperson told Forbes. 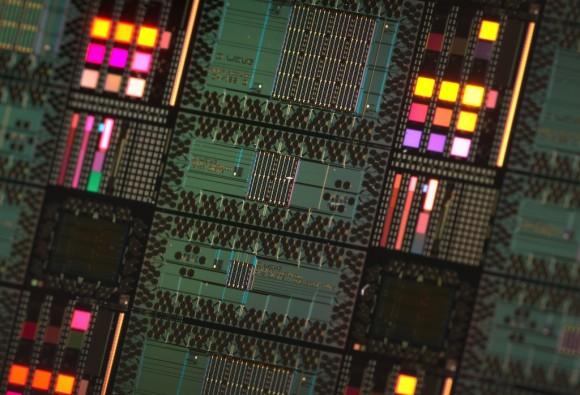 For NASA, meanwhile, the Ames team will use the D-Wave hardware to explore robotics, space mission planning, and air-traffic control. Its potential for crunching data on possible habitable planets elsewhere in the universe will also be examined; the Ames team is also responsible for the Kepler project which is hunting space for exoplanets.

20-percent of the quantum computer’s usage time will also be opened up to research projects, with teams encouraged to submit proposals for what they might do with the unusual processing power. Those selected will get free access to the supercomputer.