Power: it’s something none of us can do without, both the enabling and limiting factor of everything from smartphones through to electric vehicles, and it’s ripe for a revolution. Hoping to lead just that is Gogoro, startup brainchild of former HTC innovation chief Horace Luke and Matt Taylor, and coming out from the shadows today to share a few early hints about its plans “to transform energy distribution” within smart cities. I caught up with Luke to find out more, curious at indications that some new power system potentially for EVs could be on the cards.

The company’s leadership team is fairly tight-lipped. The first product announcements aren’t expected until CES 2015 in January, and today’s news is more about confirming the company name and talking about what’s expected to total $150m in combined Series A and B funding that was arranged since 2011.

Luke left HTC back in 2011, and counts Microsoft among his previous employers. In fact, HTC’s Cher Wang was an early investor in Gogoro, part of the original $50m funding round.

The goal, Luke told me, is to “create a more intelligent and adaptive energy network for consumers,” and it’s working with Panasonic on power and battery technologies to enable that. 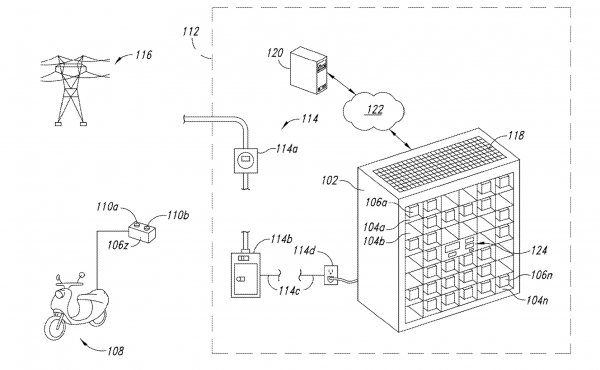 Exactly what that might look like in practice, the startup is tight-lipped on. However, a browse through Gogoro’s current patent portfolio shows a strong leaning toward interchangeable batteries and power-packs, smarter access to distributed recharging stations, and ways in which electric vehicles could be improved.

A number of patents, for instance, concern a system of charging stations that could be spread around a city, servicing electric cars or scooters. Users could remotely reserve a battery pack – or have one automatically reserved if it’s expected to be required on their upcoming route – in a way that sounds somewhat similar to how Tesla will operate its battery exchange stations set to begin rolling out this year.

Since popular locations could end up with more power packs than they need, another patent suggests “redeemable incentives” that could be “offered to users to return or exchange their portable electrical energy storage devices at selected collection, charging and distribution machines.” 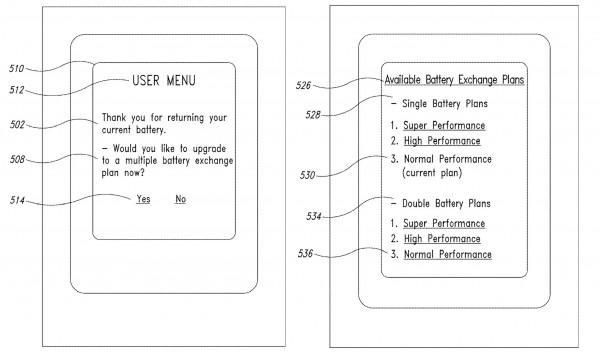 Further patents suggest rapid-charging technologies, such as simultaneously topping up a battery both from the mains electricity supply and from a bank of other power packs.

Even the way that vehicles or devices could interact with this new power system has been considered. Gogoro has patents around battery bays that automatically unlock and open when they’re near a charging station, or that open according to levels of charge. Vehicles that can communicate with the grid to report their current power condition have also been investigated, along with ways to physically secure removable batteries so that they’re not prone to theft or damage.

Other patents detail electric drive systems, telemetry reporting, and even how removable power packs could be authenticated, seemingly similar to the manner in which some camera batteries use DRM so that only official products will actually work.

Similar onboard processing could be used to record vehicle diagnostic data to a battery, which could then be reported when it was returned to a charging bay. For instance, one Gogoro patent suggests, the battery could log the broken tail light and worn brake pads of an electric scooter, recommending their replacement. 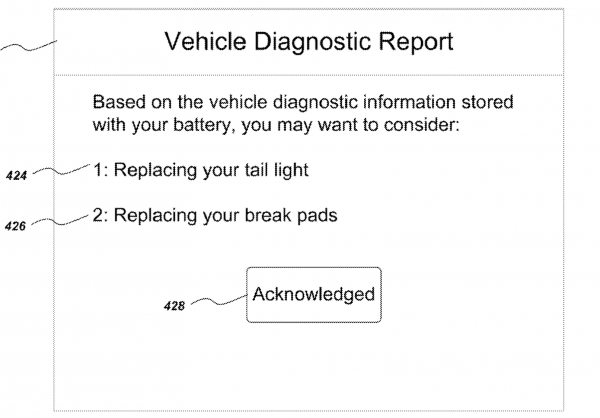 Better battery technology – particularly around the area of transportation – is a topic of intense research for many teams right now. Earlier this year, for instance, Ford and Samsung revealed the results of a joint project into more energy-dense Li-Ion batteries that could be as much as 40-percent lighter than those found in traditional EVs.

We’ll have to wait until the new year to see the first evidence of Gogoro’s handiwork, though from the sound of things this is about more than just a bigger smartphone battery. If Luke can address the true power issue in modern cities – getting the right amounts of juice to the right place, at just the right time – then it could prove to be the tipping point for a number of technologies.