Tomorrow the game known as Goat Simulator will be released to Steam formally. This game was originally meant to be a simulation for simulations’ sake, but because of its popularity on the forum circuit, the game’s creator decided to go all-in, creating the game as an actual title release. Now we’re just one day away from the final push for the game and a fabulous launch trailer has been bestowed upon us.

We got our hands on this fabulous title earlier this month at GDC 2014. This barnyard animal not only runs around clubbing his head into whatever he deems worthy of a bump, he gets into major evil as well. You’ll find this game to dive into Brutal Legend territory with its talk of devilish collection of blood – and it all feeds in especially well with the joke, as it were.

The game has already gotten high marks from several gaming rating groups, believe it or not. While we’re not expecting a masterpiece, it’s difficult to turn down the enjoyment for $10 value proposition. Goat simulator will be released to Steam first, then if it takes off, the sky is the limit! 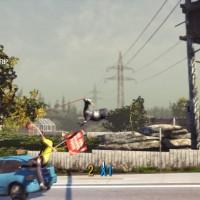 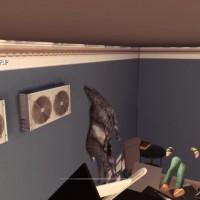 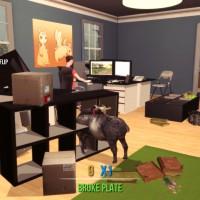 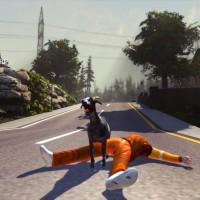 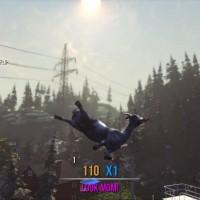 NOTE: Two releases are already tapped for possible development – that of a Linux version and an OS X version. “If it’s requested a lot, we might add it after release.”

Have a peek at our demo of the game after you’ve had a peek at the trailer and stay tuned! We’ll be keeping an eye on this strange title as it becomes hacked and modded in the near future as well. This isn’t the sort of game you just leave out to dry in the field!