Goal Zero has revealed a new Power Station portable battery, with the Yeti 1000 Core promising enough power for your campsite or make sure key appliances stay running in an outage. The crate-sized box packs a 1,000 Wh lithium battery, which can be recharged either from a regular AC outlet or using optional solar panels for a free top-up.

There’s no shortage of connectivity for devices, either. On the front panel there are two USB Type-A, each putting out 5V 2.4A, a USB Type-C offering 18W QuickCharge, and a USB-C PD good for 60W (and which can also be used to recharge the Yeti 1000 Core itself.

Alongside that there’s a 12V regulated outlet port and a 12V HPP output, along with 6mm output ports. Finally, Goal Zero adds two 120V AC outlets for plugging in anything from appliances to laptops. Buttons for each section allow different outlets to be powered off selectively, while an LED screen in the middle shows charge status, input and output, and gives a timer for how long the battery should last given the current usage. 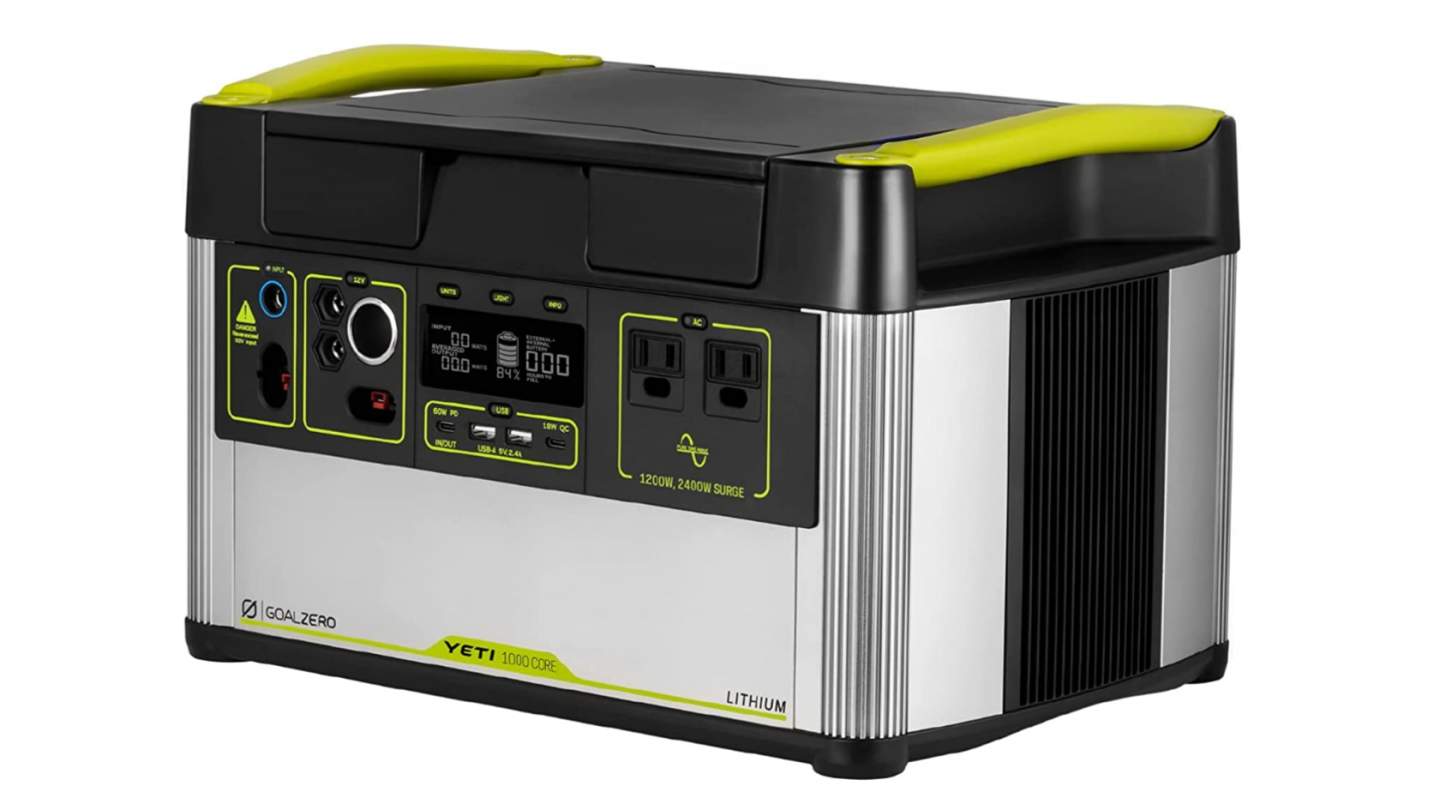 Inside there’s a 1,200 watt inverter, which can support up to 2,400 watt surges: that means it should be able to handle select appliances, such as refrigerators. Goal Zero says you could potentially run a fridge for 18 hours on a charge, a CPAP machine for 15 hours, or a 60W pellet grill for up to 17 hours.

Alternatively, a 42-inch LED TV could be running for up to 10 hours, or 11W lights for a whopping 90 hours.

When it comes to charging up, there are options too. There’s a standard 8mm charge port to use with Goal Zero’s supplied AC adapter, and a high power port input as well. That should take 9 hours to charge fully, or 5 hours with the options 230W power supply. An optional 12V car charger can recharge the Yeti 1000 Core in 9 hours, too.

If you’ve got a 300W solar panel, meanwhile, that will recharge the Power Station in 4 hours. You can also daisy-chain multiple solar panels together, to further trim that time.

The Yeti 1000 Core slots in-between Goal Zero’s 500x and 1500x models, and will be an Amazon exclusive, the company says. It’s priced at $899.95, making it several hundred dollars less than the recently-announced Yeti 1000X, too. You do sacrifice a little potency on the inverter in return, mind: the 1000X can output 1,500W consistently, and 3,000W surge. Still, for most people, that’s probably not going to be a problem.