It’s part of Goal Zero’s Yeti X range, which are generally potent enough to replace a gas generator. That pays dividends for both convenience and safety, not to mention running a whole lot quieter than a generator would. 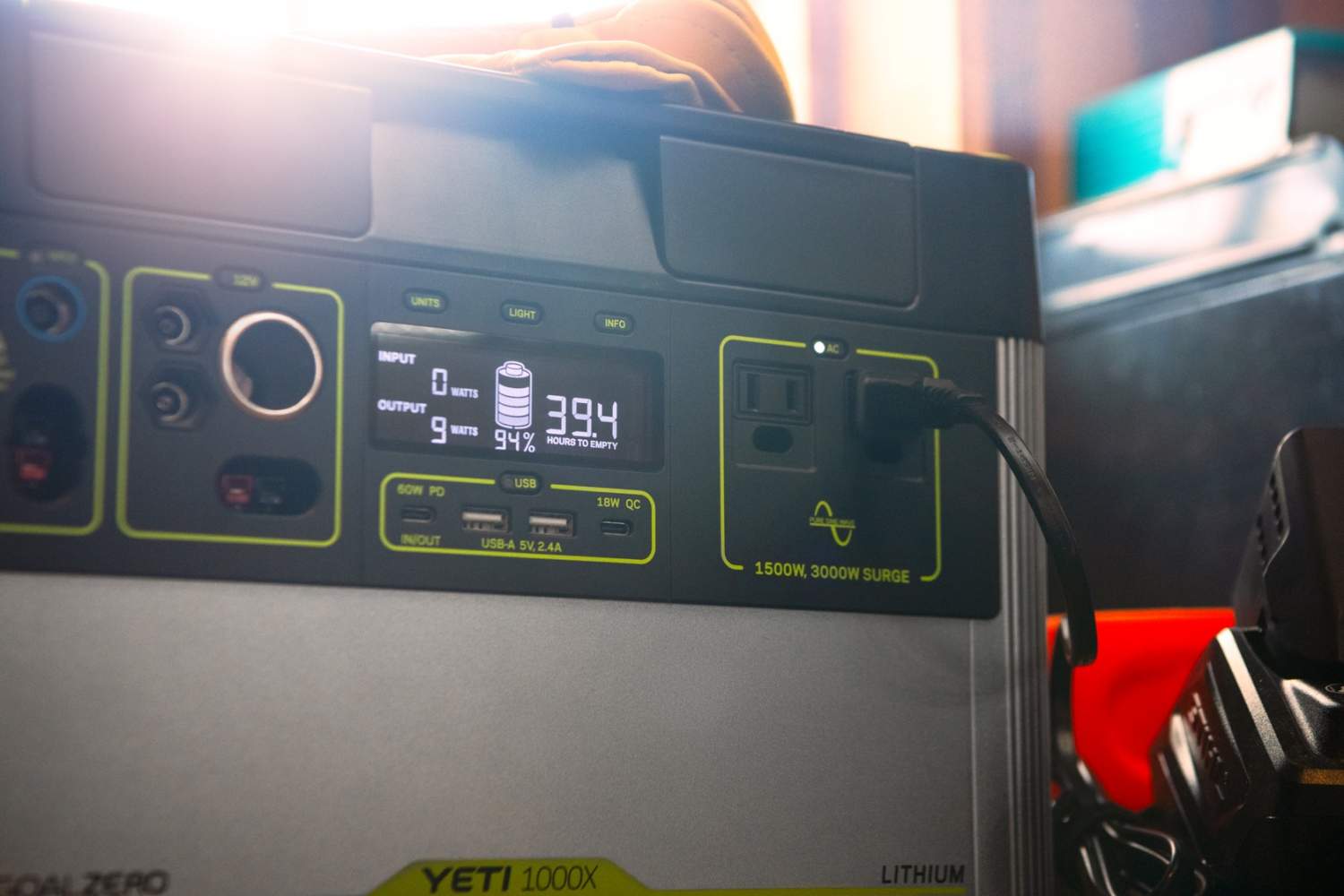 There are seven ports, including a USB-C PD with 60W capabilities, several USB-A for things like phones and tablets, a regulated 12V socket, and two AC outlets. The AC outlets can deliver up to 1,500W continuous, and 3,000W surge, which is typically enough to handle a refrigerator’s power demands. Each section of outlets has its own individual power button, to avoid waste. A display on the front shows the current battery status along with the rate of discharge, with an estimate on how long it will last based on that usage. 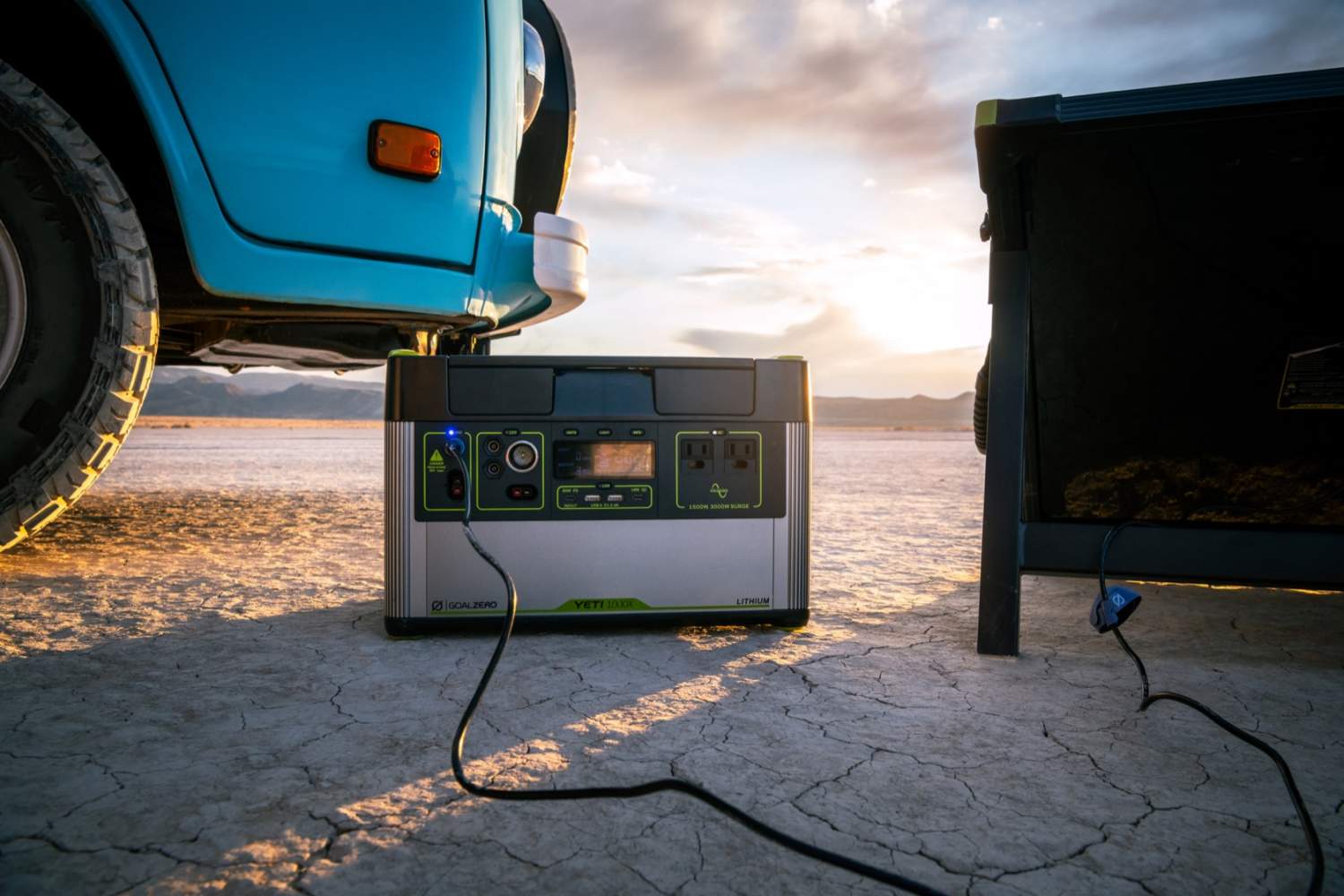 For charging, Goal Zero includes a 120W power supply. That will fully charge the Yeti 1000X in 9 hours, the company says. Switch to the 600W High Power Port, meanwhile, with the optional Yeti X 600W Power Supply, and that can trim the time to 2 hours.

If you’d rather use solar, there’s support for Goal Zero’s solar panels or third-party versions with the right adapter. There’s an integrated MPPT charge controller for more efficient charging from the sun. 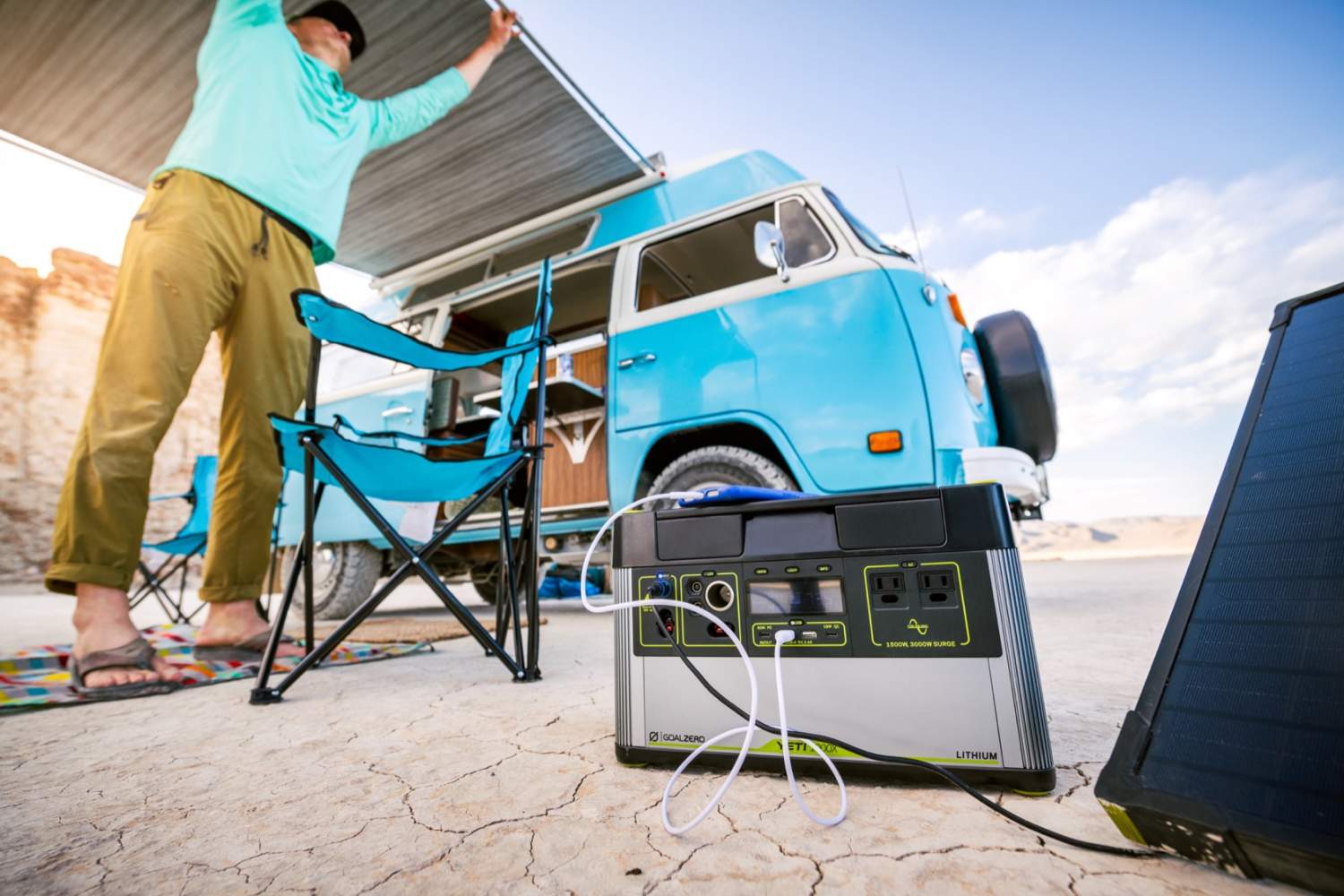 As for mobile use, Goal Zero offers a Vehicle Integration Kit which allows the Yeti 1000X to be topped up via a vehicle’s alternator while on the move. Once you’re home again, the optional Home Integration Kit includes a manual transfer switch that installs into a regular electrical panel. During a power cut, you can plug in the Yeti 1000X, flip the switch, and use the Power Station to keep a few essential circuits running.

Goal Zero’s Link and Tank system is supported as well, allowing the Yeti 1000X to be daisy-chained to a system of lead-acid batteries. They may not be as sophisticated as the li-ion pack inside the Power Station itself, but it’s a straightforward way to add a lot more capacity.