GM-backed Cruise aims to have a million autonomous vehicles on the road by 2030, an aggressively ambitious target that comes as General Motors looks increasingly to EVs and high-tech transportation to bolster profits. Cruise – majority-owned by GM, though which counts Walmart and others as investors – is readying its first custom design vehicle, the Origin AV, built atop GM’s Ultium electric platform.

Unveiled in early 2020, the Origin is specially designed for ride-hailing services. Rectangular, for practical reasons, and with sliding doors for ease of entry and exit, the EV has two bench seats – facing inwards – and no traditional controls. Instead, Cruise says, riders will summon it via app, set their destination, and then be transported completely autonomously.

The Origin itself was designed in collaboration with GM and Honda, the latter also an investor in the company. It’ll be among the first Ultium-based models to be released, using GM’s new flexible architecture for electric vehicles. Pre-production has begun, but full production at GM’s Factory Zero – the rebranded Detroit/Hamtramck Assembly plant – isn’t expected to start until 2023. 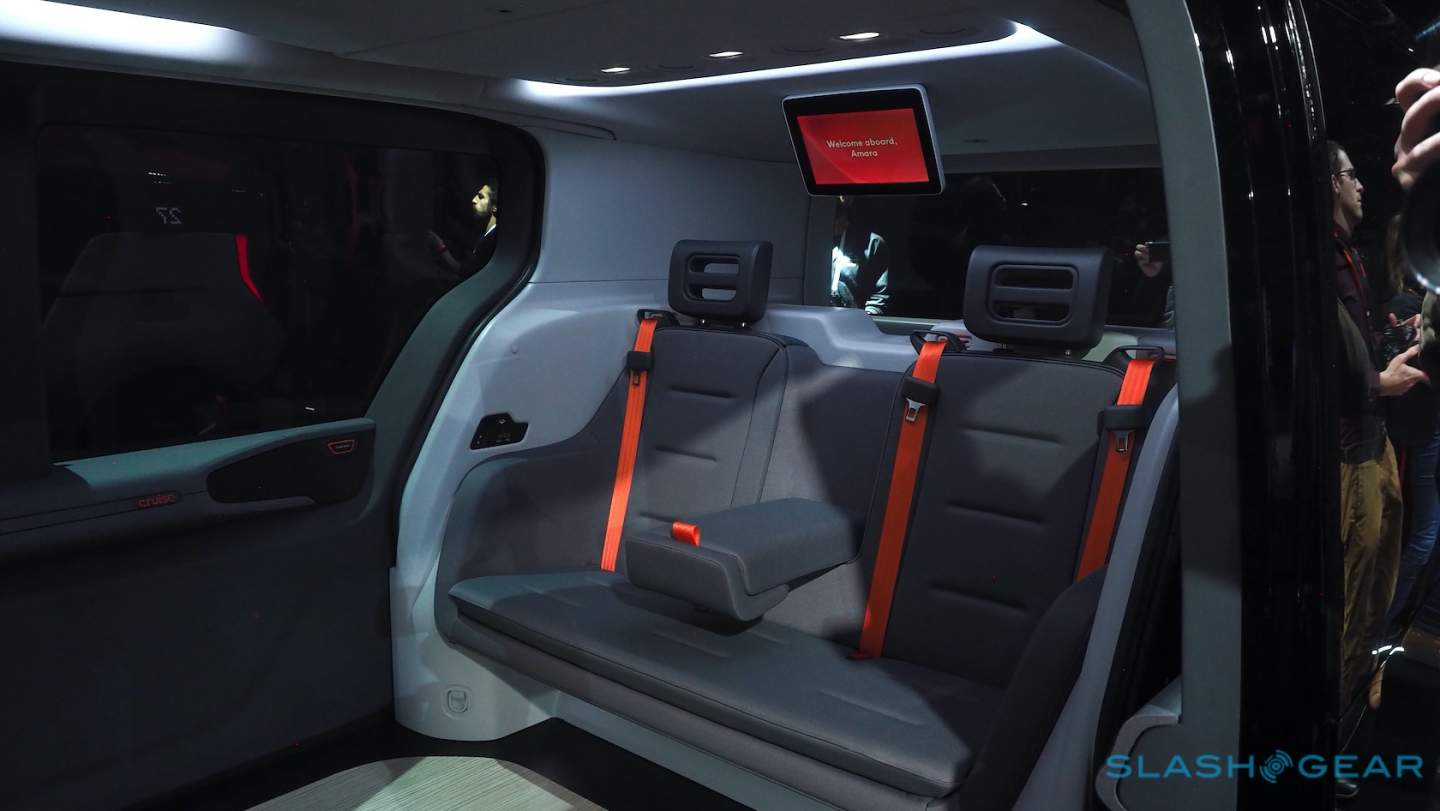 For now, Cruise has been operating autonomous prototypes in select US cities. So far that hasn’t involved actually making any money on rides though, according to CEO Dan Ammann, the goal is to begin charging passengers potentially as soon as 2022. That will require further approval from California to operate a San Francisco ride-hailing service, however.

From then, Ammann says, the whole system will scale rapidly. That’s despite renewed caution across the self-driving industry about just how practical autonomous vehicles will actually be.

For General Motors, it’s part of a double-headed attack on mobility that includes both driverless cars and electric vehicles. This week, the automaker said that it expects commercializing Cruise to deliver as much as $50 billion in revenue annually by the end of this decade. 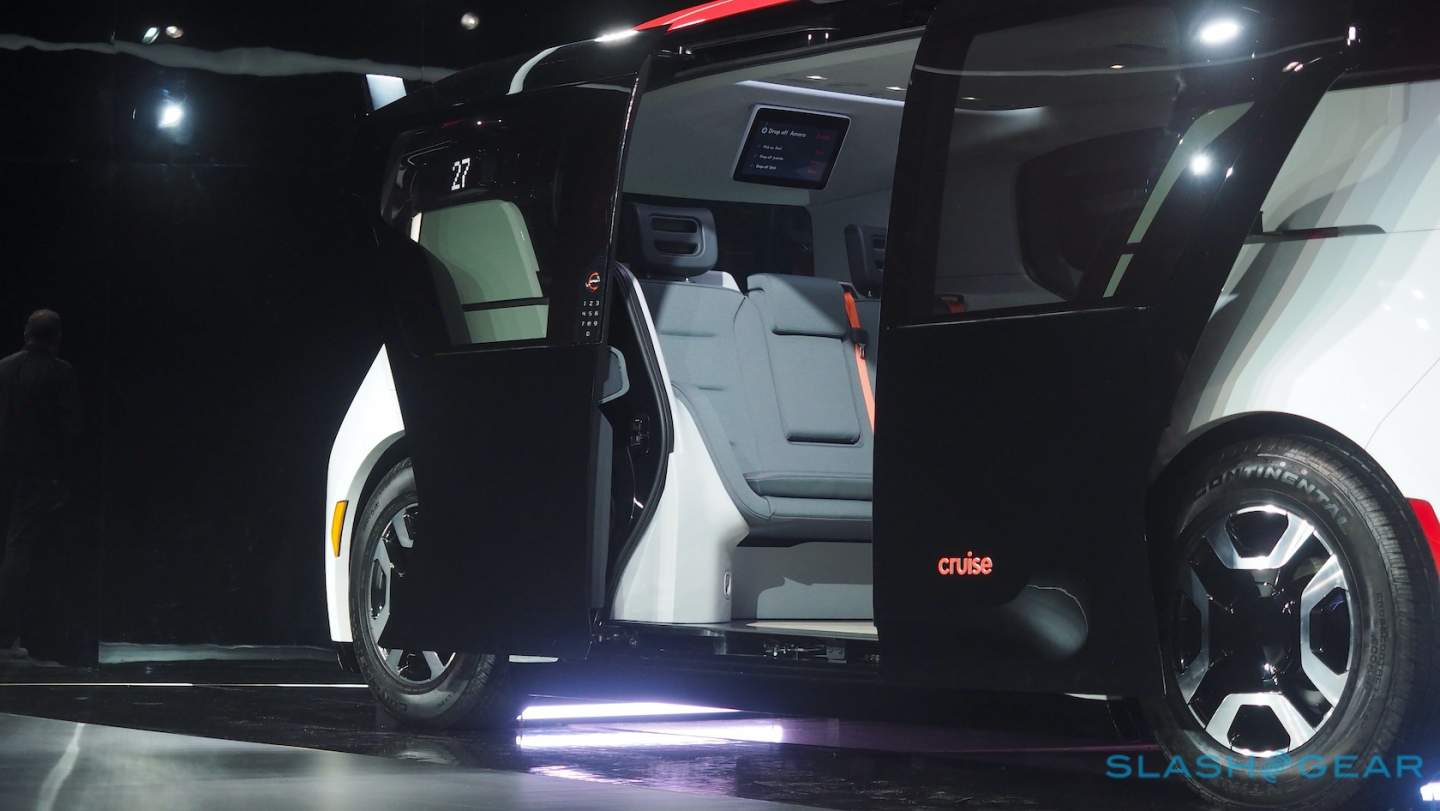 Semi-autonomous options will arrive even sooner. Yesterday, GM announced Ultra Cruise, an expansion of its Super Cruise hands-off driver assistance technology. Unlike the existing system, which works on pre-mapped highways in the US and Canada, GM says Ultra Cruise will eventually operate in 95-percent of all driving scenarios, and be usable on every paved road in North America.

“Simply stated, we are at an inflection point in which we expect revenue to double by 2030 while also expanding our margins,” Paul Jacobson, executive vice president and chief financial officer, said during an investor event. “We will achieve this by growing our core business of designing, building, and selling world-class ICE, electric and autonomous vehicles, growing software and services with high margins and entering and commercializing new businesses.”

EV revenue specifically, meanwhile, is expected to grow from roughly $10 billion in 2023, to approximately $90 billion annually by 2030. In addition to using Ultium for its own brands, with upcoming models like the Cadillac Lyriq and GMC Hummer EV, General Motors will also be building electric vehicles for other automakers on the platform. The upcoming Honda Prologue, and an as-yet-unnamed Acura electric SUV, will both be based on Ultium.