GM’s first electric vehicles based on its new Ultium platform may quite not be ready for dealerships yet, but it’s not wasting any time paving the way for upcoming models like the GMC Hummer EV and Cadillac Lyriq. The automaker is revamping its branding, retiring the familiar solid blue square and replacing it with a new version, featuring a gradient of blue tones. It’s only the fifth logo change for the automaker in 113 years.

As you’d expect, there’s plenty of branding speak to explain just what those tones represent. The new logo is intended to evoke “the clean skies of a zero-emissions future and the energy of the Ultium platform,” General Motors says.

“The rounded edges and lower-case font create a more modern, inclusive feel,” the automaker behemoth continues. “The underline of the “m” connects to the previous GM logos as well as visually representing the Ultium platform. And within the negative space of the “m” is a nod to the shape of an electrical plug.” 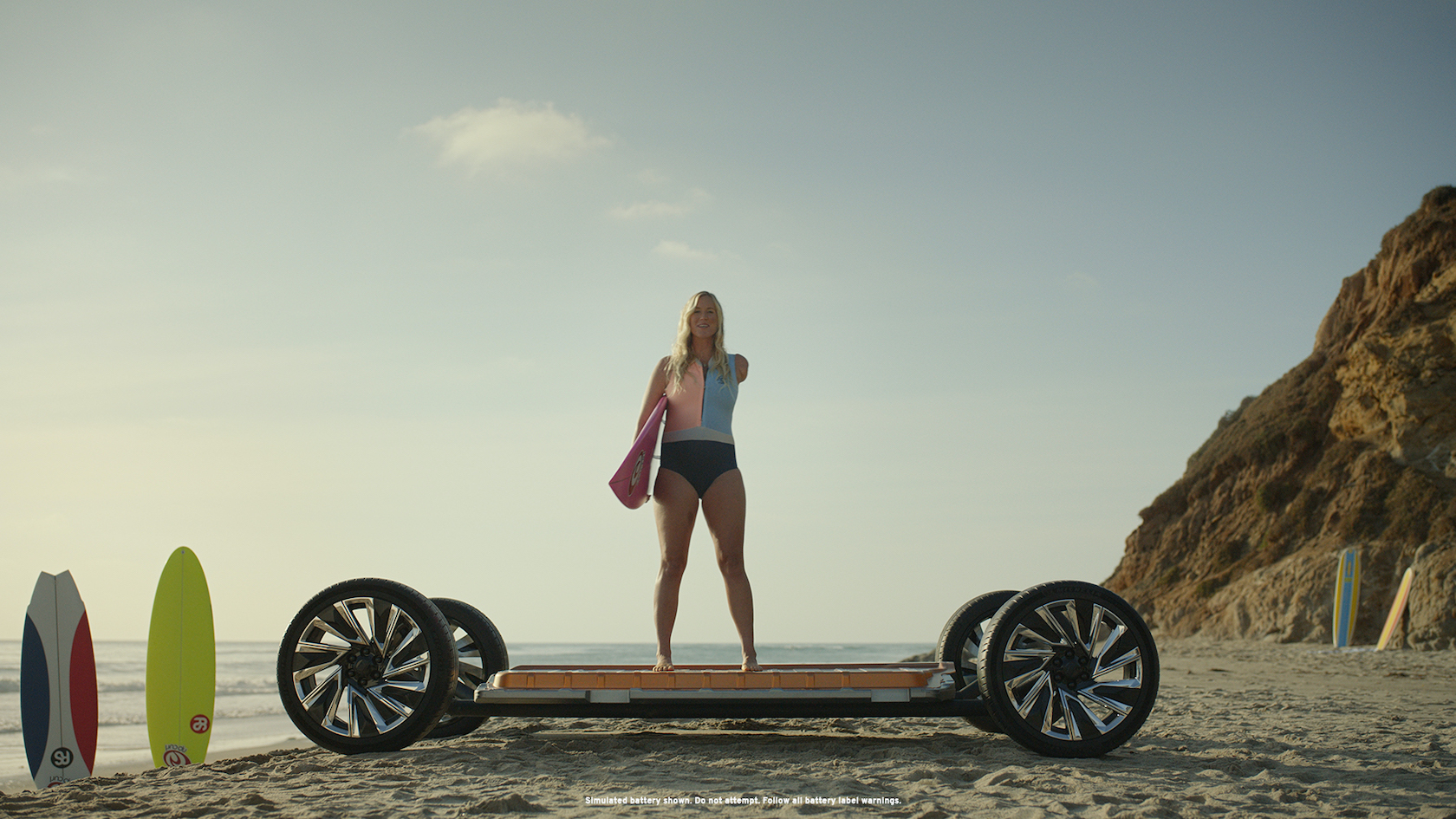 To go along with the bright new blue block there’s also a new promotional campaign, as GM prepares a charm offensive for electrification that it hopes will persuade even stalwart Chevrolet, GMC, Cadillac, Buick and other nameplate customers to give batteries the benefit of the doubt. “Everybody In” will launch as both an ad push and a new site on January 11, and will promote the idea not only of zero emissions but of a future where crashes and congestion are wiped out, too.

“With the ‘Everybody In’ message we want to spark the mass EV adoption movement,” Deborah Wahl, Global CMO at General Motors, explained today. “GM’s future will be built on the people, and the forward momentum of products, software, and services that make EVs affordable for everyone.” 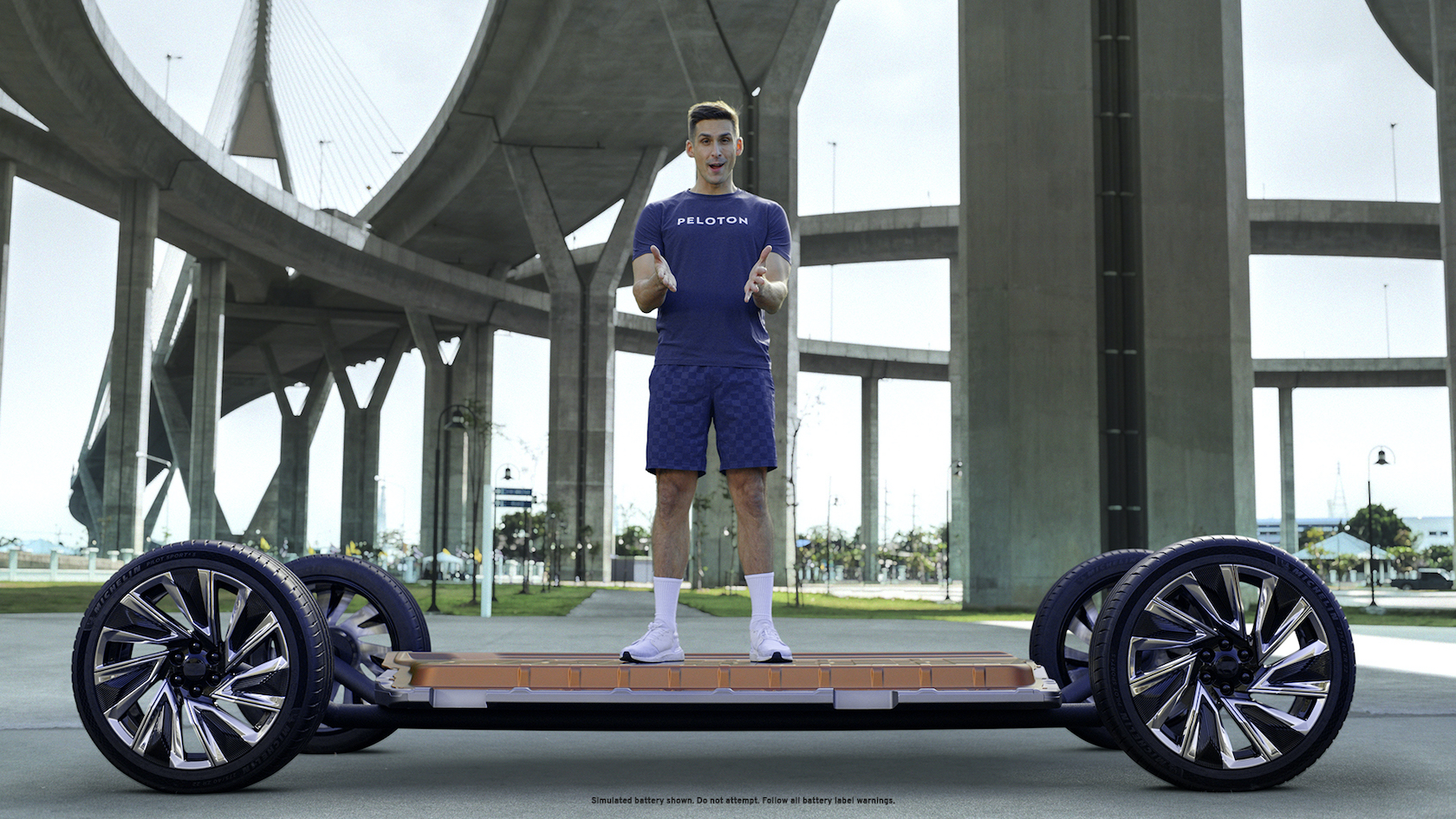 Collectively they’ll help push the message that Ultium is the future of the automaker’s range, which is expected to see 30 new EVs launched globally by the end of 2025. 40-percent of those EVs offered in the US will be pure electric, rather than hybrids.

While it’s easy to summon the snark for branding changes and advertising campaigns, General Motors does face a not-insignificant challenge in the years ahead. The automaker – though quick to EVs initially with the Chevrolet Volt, Cadillac ELR, and Chevrolet Bolt EV – has lagged rivals in getting product to dealerships, while it worked on Ultium. 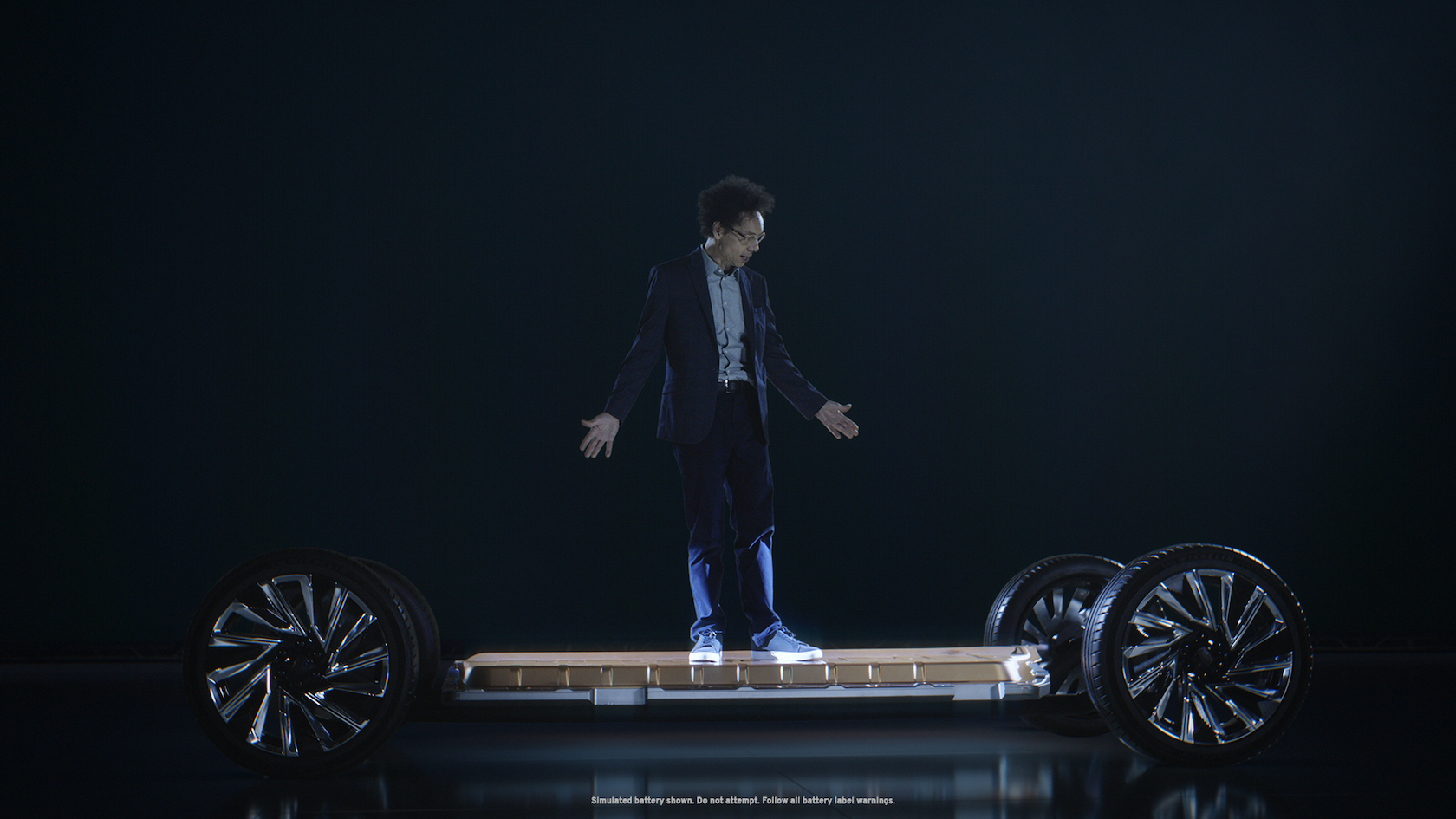 The platform, which can scale from urban runarounds through to full-size pickups with a variety of drivetrain, range, and power options, has the potential to streamline GM’s brands as they get onboard with the BEV rollout, with a common architecture offering both cost and time efficiencies. It’ll also potentially represent a new income stream, as GM offers Ultium to other companies. Honda, for example, has already agreed to build electric vehicles for the North American market, that will be based on GM’s platform.

At the same time, GM has been refining Ultium from the first iteration of the platform we saw announced in early 2020. Then, the company said, it envisaged Ultium-based EVs as potentially hitting up to 400 miles of range with the maximum installed batteries. Since then, it has increased that estimate to 450 miles. A second-generation version of Ultium should also help GM trim its costs, the company claims, with the goal of twice the energy density at less than half of what the current battery chemistry costs today. 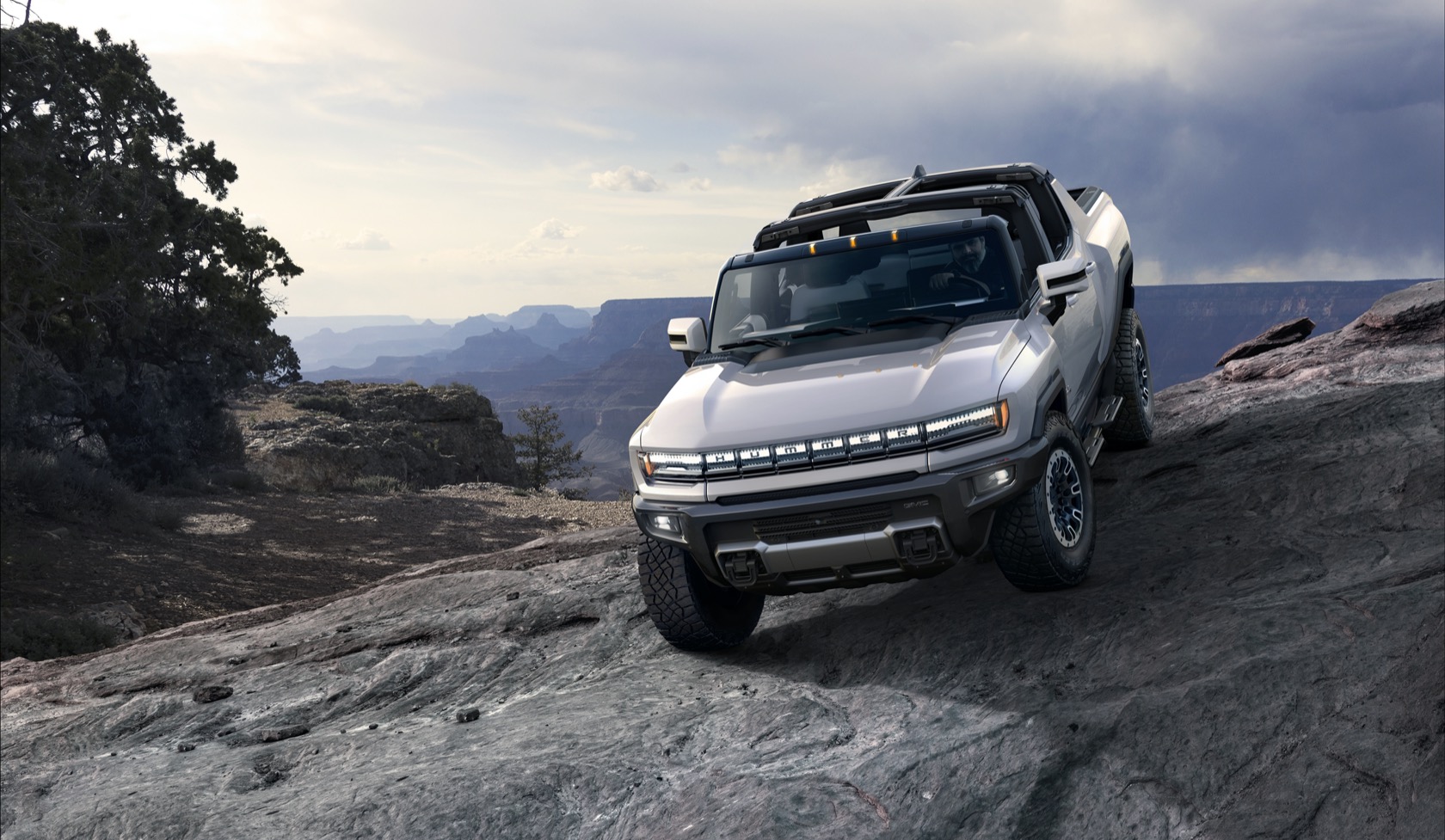 Thereafter we’ll see a relative flood of options, including all-electric pickups from Chevrolet along with SUVs and crossovers. 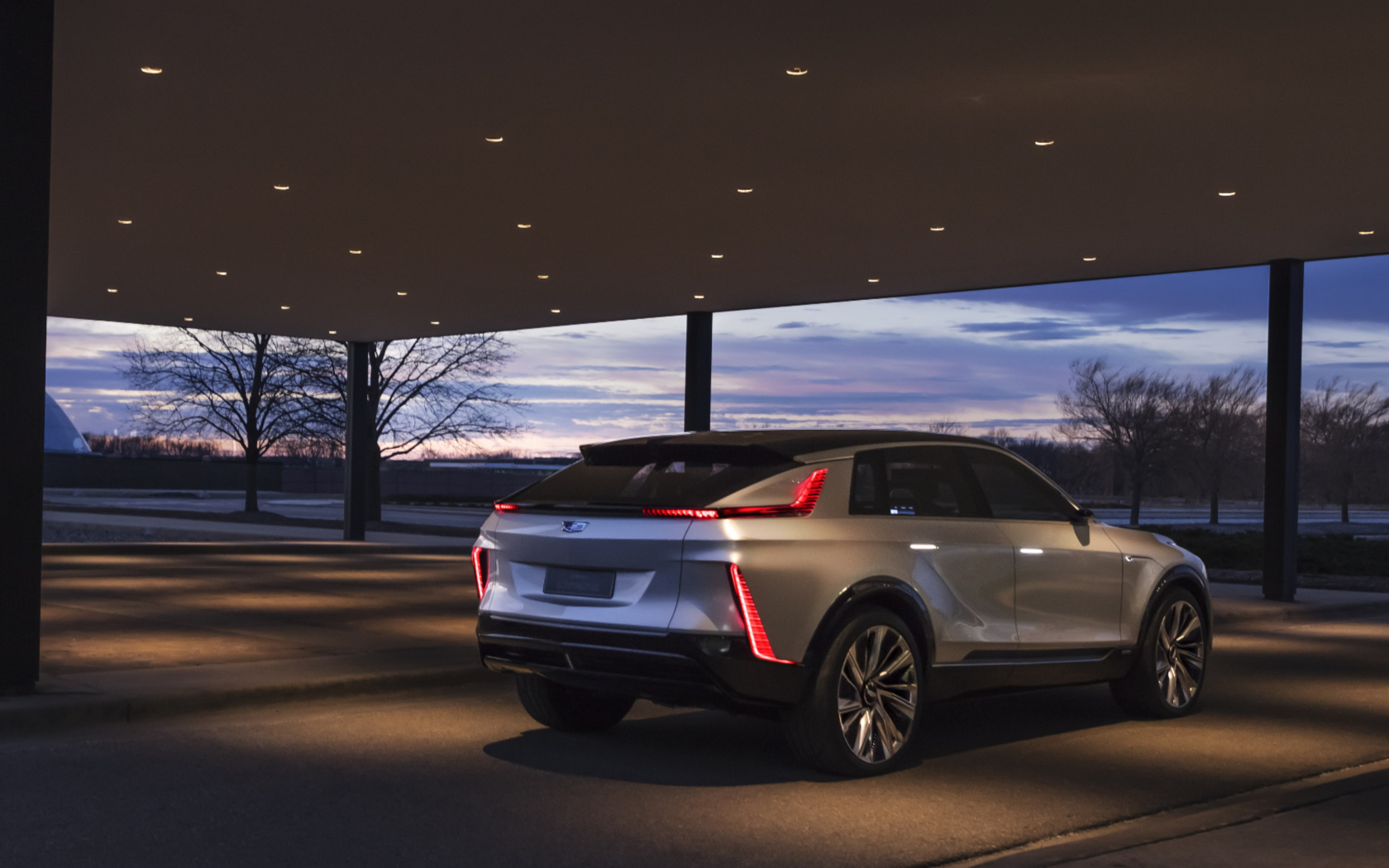 While the first GMC and Cadillac models will be relative outliers, then, what comes after will be targeted directly at GM’s volume sales. To succeed there, the automaker will need to persuade drivers not only that EVs are the equal of their existing gasoline cars and trucks, but that they can be better than them. It’ll involve reassurance on factors like range-anxiety, where and how to recharge, and navigating the evolving tax rebate and incentives system in the US, which can have a significant impact on overall vehicle pricing.

That’s a tall order, and it’ll take more than a modernized logo and some familiar faces to achieve. With $27 billion already committed through 2025 to push electrification, though, GM can’t afford for the charge to run out in the middle of its EV reinvention.