Galaxy S7 design details: what the Galaxy A can tell us

This week Samsung announced the “S6” line of Galaxy A devices in the Galaxy A3, A5, and A7, each with clues about next year’s hero phone. That phone will almost certainly be known as the Samsung Galaxy S7, and if the success of this year’s phone options have anything to say about it, the Samsung Galaxy S7 Edge and Edge Plus, as well. While we’ve been able to glean a little bit of information about S7 details from the Galaxy Note 5, here in the Galaxy A line for 2015 come the real clues.

Over the past several years of smartphone releases, Samsung has become very iterative. Each successive release – not just model-by-model each year – have tested different design aspects and technology. While the Samsung Galaxy Note 3 largely followed the design cues of the Galaxy S4, the Samsung Galaxy Note 4 diverged from the Galaxy S5 in a big way.

Now we’re to understand that, like the situation with the Galaxy S6 and the Galaxy Note 5, the Galaxy S7 might not be changing all that much year-to-year or device-to-device.

If the Samsung Galaxy A lineup for the S6 generation is any indication, Samsung won’t be giving up its glass front-and-back makeup nor its slightly-indented metal bands any time soon.

You’ll notice that the Galaxy A takes on appearances from the Galaxy S6 in a big way. It’s been months since the Galaxy S6 was first released, and this machine hasn’t reflected much change in Samsung’s mind at all.

Save a few tiny details. 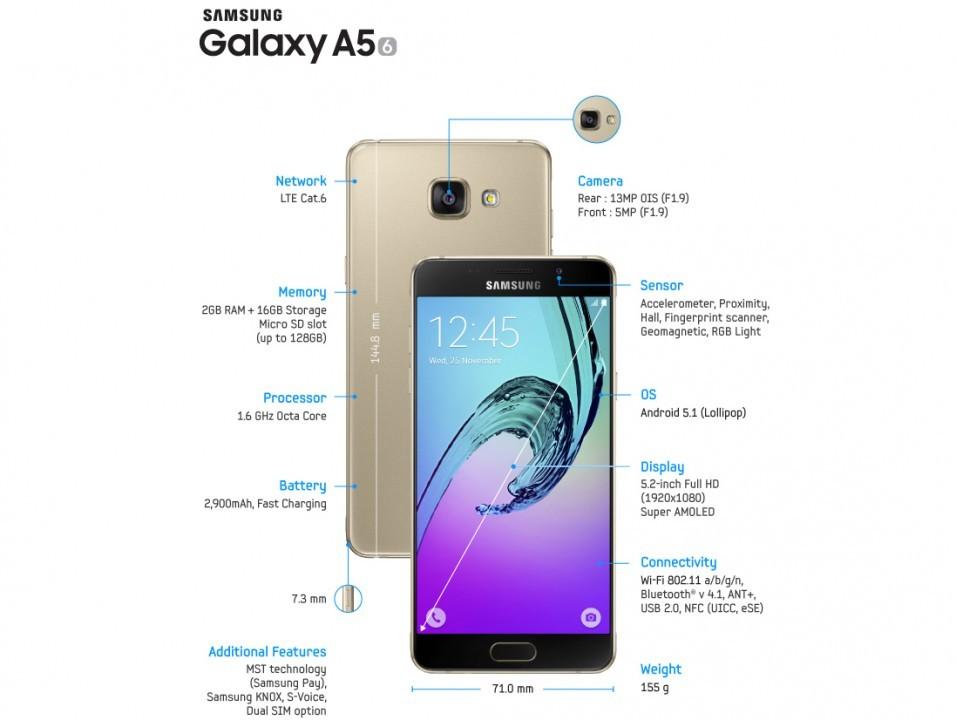 The cameras have gotten better since last year’s Galaxy A lineup. As have the processors.

As for the outer design – well – it looks as if Samsung basically used the Galaxy S6 as a model, stripping away the components that made the flagship cost that much more than the slightly more budget-friendly Galaxy A line.

While this release doesn’t confirm the rumors of a very similar-looking Samsung flagship smartphone next year, it does nudge us in that direction.

We’re inclined to believe in a very familiar look for the Galaxy S7 all the more now that we see this.