The newest photos of the Samsung Galaxy S10 and S10 Plus suggest to us that we might want to wait for the Galaxy Note 10. The front, back, and sides of these devices look a whole lot like their predecessors, and the technology under the hood – what we know so far – isn’t particularly game-changing. That is to say UNLESS these minor details give us clues as to the true nature of what’s still hidden.

The Samsung Galaxy S10E, or Lite, was tipped to roll with a 5.8-inch display – a FLAT display – with a single front-facing camera, two back-facing cameras, and a 3100mAh battery. This device is said to have 128GB internal storage and 6GB RAM. Like each of the other versions of the Galaxy S10, this version is said to have a Qualcomm Snapdragon 855 or Samsung Exynos 9820 processor depending on region.

See an earlier report for additional details on the photo above. It’s flat, but not entirely flat. It’s curved, but not nearly as curved as its closest brethren.

It’ll be interesting to see how the 5.8-inch flat display compares to the 6.1-inch curved display of the Galaxy S10. They’ll likely have a very similar amount of truly usable space – there’s always a little left over around the edges that no developer keeps in controls. Wouldn’t want to get cut off, after all.

The base model Samsung Galaxy S10 was shown in photos to have a frontside Infinity-O type display – that’s a single hole in the upper right-hand corner for the front-facing camera. This camera is said to work much like the first Infinity-O type displays from Samsung, in that the O area still functions as a touchscreen – it’s just blocked from displaying pixels. 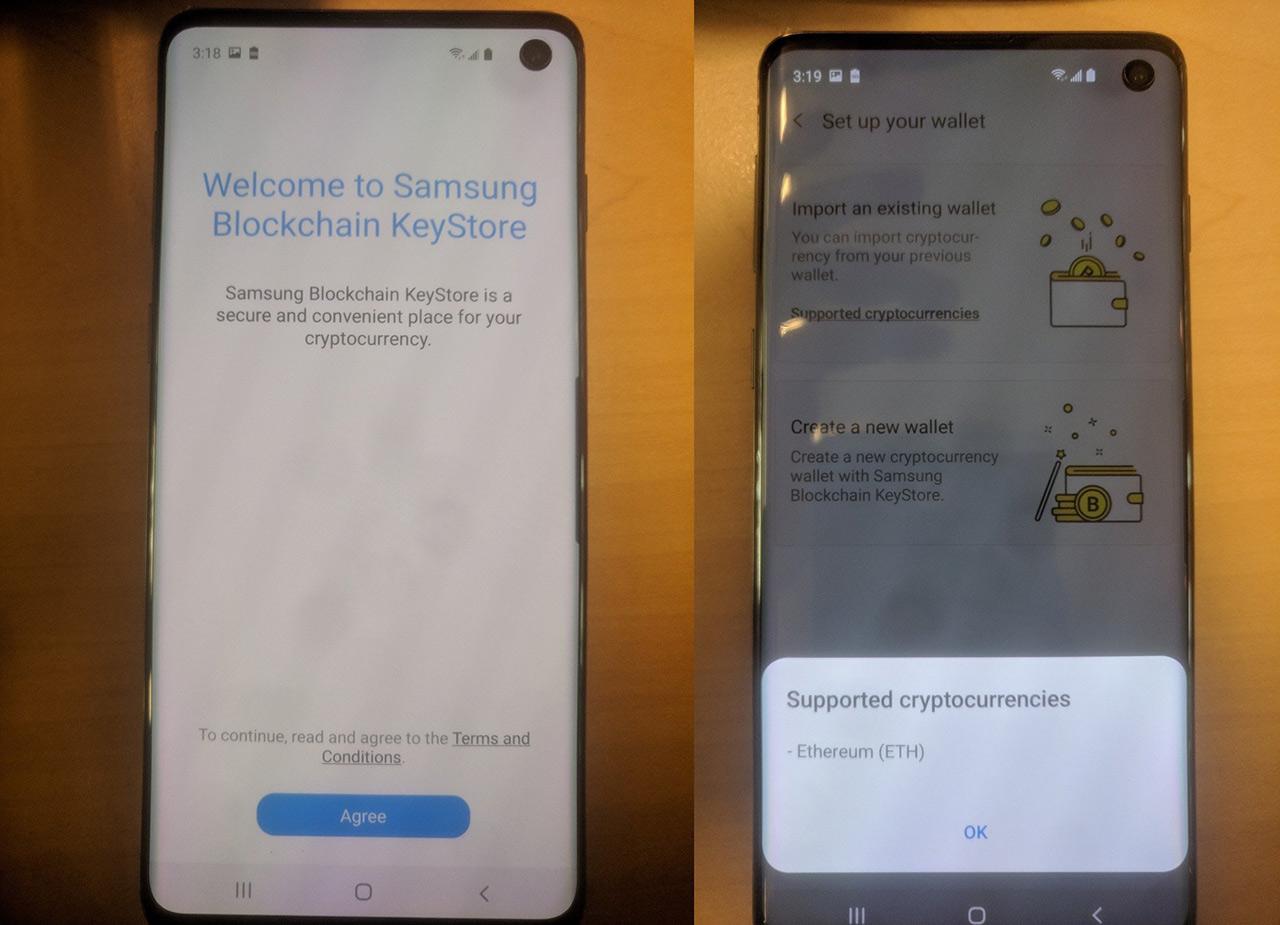 The Galaxy S10 is said to be coming in two editions – one 128GB, the other 512GB, both with the same processor as the S10E. The lesser of these two was tipped to have 6GB RAM, the greater 8GB. Both versions will have the Infinity Display with cascading edges on the left and the right – curved glass, that is.

The Galaxy S10 Plus will be extremely similar to the Galaxy S10, but with a slightly larger display and an additional camera up front. The battery is also almost certainly just a tiny bit bigger in the Plus – 4100mAh instead of 3500mAh. The back of the phone likely has the same 3x camera array as in the Galaxy S10, while the front has two cameras in a pill-shaped hole in the display instead of just one. 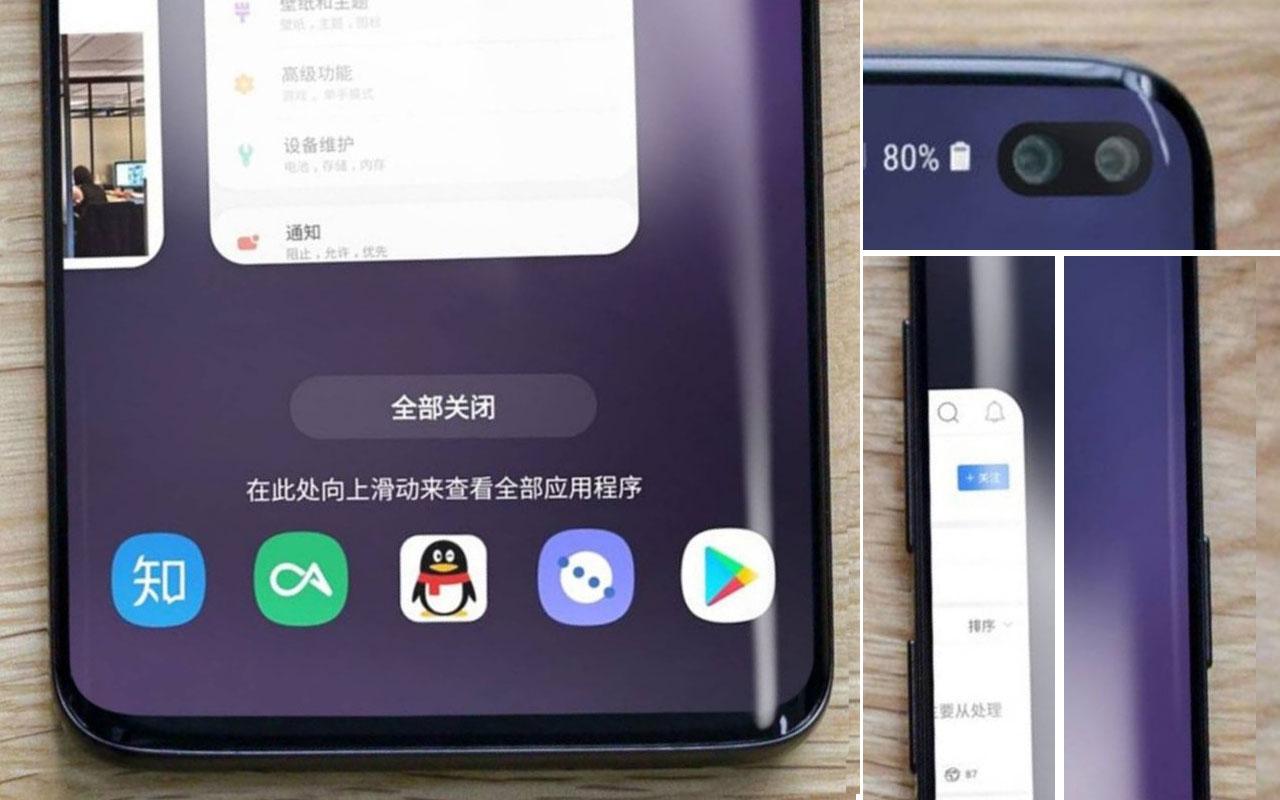 The Galaxy S10 Plus is rumored to come with a 6.4-inch curved display. That’ll be curved much like the Galaxy S10, with cascading sides on the left and the right. All of the phones up unto this point in this collection work with 4G LTE connectivity – and no more. 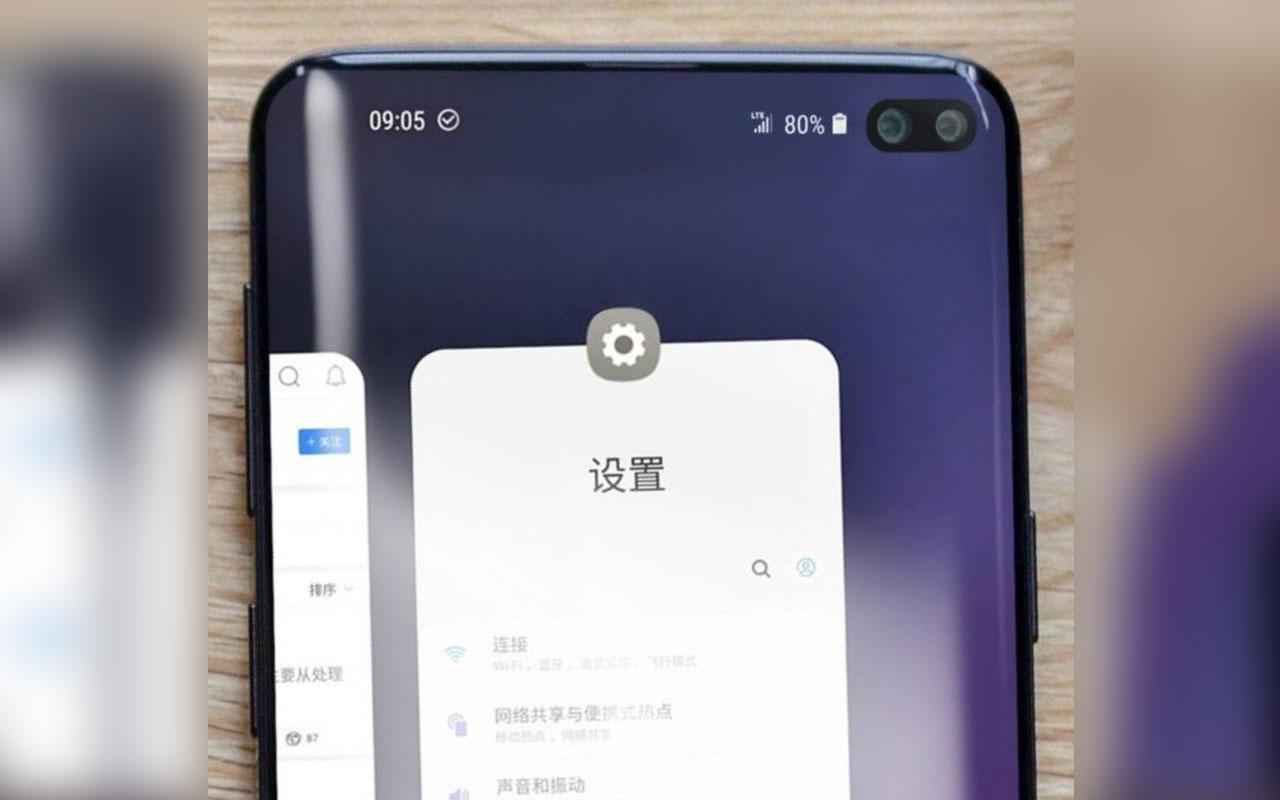 The image above was sent to us this morning by an anonymous tipster. As far as we’ve been able to tell, it was first shared with a Weibo account 搞机圈的那些事, those things that do the machine circle!

The Samsung Galaxy S10 (Beyond X, as it’s tipped to be code-named) is said to be the first Samsung phone with 5G connectivity abilities. This device is rumored to have a 6.7-inch display with two cameras up front and FOUR cameras on its back. This device is said to out-do the rest of the bunch by a significant margin – especially when it comes to price. Think at least 200 USD more than the rest of the Galaxy S10 family, conservatively.

The Galaxy S10 Beyond X is likely to have a 5000mAh battery and 12GB RAM, along with 1TB internal storage. This device wont likely launch with the rest of the Galaxy S10 family. Instead, it’ll launch whenever 5G is available in any given region around the world – or so it’s said!

While we cannot put final pricing on any of the devices in Samsung’s Galaxy S10 collection, we can make a good stab at putting them all in order. The following is the order of cost, as far as we know given the leaked info we’ve seen up unto this point.

The big reveal event is set of February 20th, 2019. The Samsung Galaxy S10E, Galaxy S10, and Galaxy S10 Plus will likely be put on pre-order on the 20th of February, then hit general availability on or around the 9th of March, 2019. The Galaxy S10 5G (Beyond X) will likely launch in the second quarter of 2019, April or May – or thereabouts. At the launch event we might see some other devices, too.