If you’ve got either an AT&T or a T-Mobile Samsung Galaxy S II and were hoping to work with Google Wallet in the near future, you might well be in luck. Have a look under your battery cover and you’ll find the three sweetest words a mobile payments seeker can ever read: Near Field Communication. It’s not been highly publicized yet because plans aren’t publicly solid, but take a closer look in at least one public press release and you’ll see it, clear as day: NFC enabled.

This is a first for the Galaxy S II line, NFC and Google Wallet only fully activated in the Samsung device Nexus S 4G for now – have a look at your humble narrator’s hands-on video with Google Wallet on the Nexus S 4G for the full skinny on the situation. The Nexus S was the first Android device to really be pushed as having the feature for future use – now that Google Wallet is out and active in stores in several states across the USA, we’ve got to hope for the capability in all phones through the future.

Have a look at this early press release from T-Mobile:

From what we’ve been told thus far, NFC capabilities lie inside the battery, believe it or not, and that NFC functions and mentions are strewn throughout the Android source code, though as the title of this post says, all of this is dormant for the time being. If this situation ends up being like the Nexus S 4G, we’ve only to wait for the update to the newest version of Gingerbread to get both the Google Wallet app and the ability to utilize NFC for all manner of activities.

Joy? Joy! No need to use NFC stickers now, right? Hopefully. Those stickers seem above-average stone-age to me. 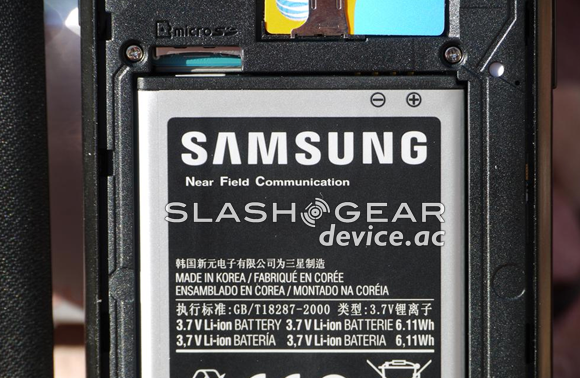