At the GigaOM Mobilize 2011 event today, T-Mobile unveiled two new smartphones during its keynote, one being the HTC Amaze 4G and the other being the long anticipated Samsung Galaxy S II. Although the device was first announced back in August, many details on T-Mobile’s version of the popular Samsung handset remained a mystery. Hence, the carrier took this opportunity today to reveal and confirm some additional details.

The device will also allow customers to access various mobile entertainment services including Netflix, T-Mobile TV, and in Mobile HD2, Samsung Media Hub, and YouTube. It will support DLNA and HDMI-out for compatibility with most HD TVs and its 4.52-inch Super AMOLED Plus touchscreen will make it the largest screen available right now to T-Mobile customers. 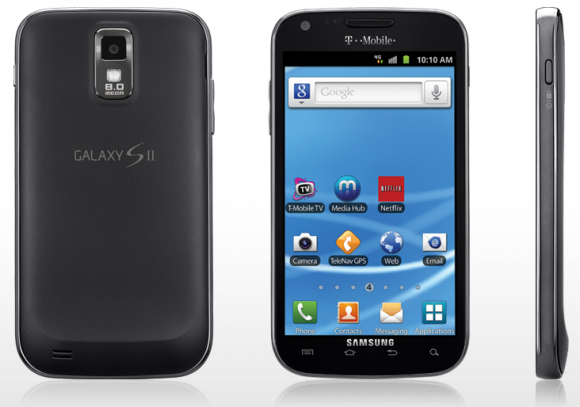