The Samsung Galaxy S 4 has seen its fair share of editions since its launch earlier this year, but none come close to the extravagance of the Gold, Platinum, and Rose Gold versions appearing customized by Goldgenie. This company is known for their hyping-up of devices of many types, making it clear with each choice of pre-customized model that they’ve got enough faith in its popularity that they’ll make their mark on a broad scale. With the Samsung Galaxy S 4, the first non-Apple, non-BlackBerry device comes to the goldsmith.

This isn’t, on the other hand, the first time the company has gold or platinum-plated a device outside of BlackBerry or Apple. They’ve also made with the plating on the original Nintendo Wii, the original Nintendo DS, and the Xbox 360. They’ve not made such an effort with any PlayStation models or the Wii U as such.

In an effort to be as unique as possible, it would seem, this team has made several iPhones plated in gold as well as a “solid gold” iPhone going by the name Solid Gold Superstar or Superstar Ice iPhone 5. This device works with either 200 grams of solid 18ct. gold on its own or – if the user decides they need to go further than this – the gold plus 364 diamonds, equalling out to be 5.5 carats in total. The diamonds can also be switched out for “any precious stone you require”, as they say. 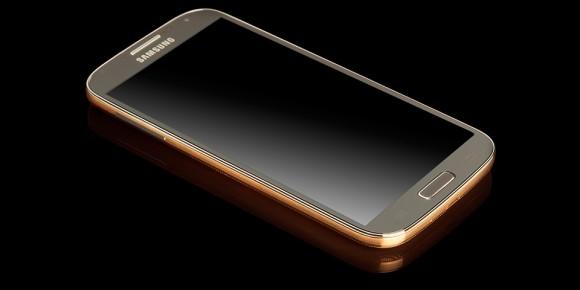 The Samsung Galaxy S 4 will run right around seventeen hundred British pounds, aka two thousand, six hundred dollars here in the USA. That’s the cost of the phone without the gold plating several times over: meanwhile those golden and diamond-encrusted iPhones will run in the six-digit range.

This isn’t the first we’ve heard of tricking out smartphones as such – Goldgenie is also certainly not the only company that creates oddities such as this. Apple reportedly spoke with the company Vertu not too long ago about how plausible it would’ve been to work with Sapphire Crystal Display glass on the iPhone (it’s not, mind you). 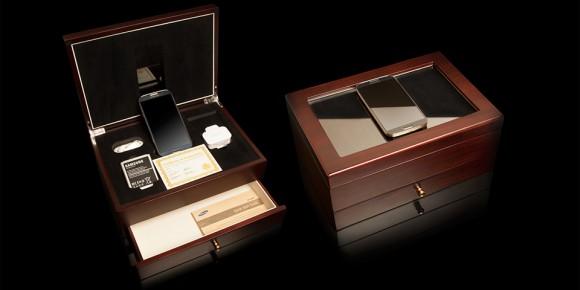 The team at Vertu brings machines such as diamond encrusted iPhones as well – that one costing a cool 15 million bucks.

Sound like a reasonable sort of situation to you? Do you think it a good idea to make your smartphone (or tablet, or any other device) worth far more than its weight in gold, so to speak? There’s just no end to the possibilities when it comes to applying fine metals to the metals we use every day – that’s for certain.