Just a few days after delivering its teardown of the Essential Phone, iFixit is back on the scene again to crack open the Galaxy Note 8. By now, we have an idea of what to expect from these flagship teardowns: fragile components and a lot of glue. The Galaxy Note 8 seems to be no different in that regard, offering a package that’s difficult to get into.

Before iFixit begins tearing away the rear panel and display, though, it compares the Note 8 to the Galaxy Note 7 FE side-by-side. This comparison shows us that the Galaxy Note has a larger display and slimmer bezels than its predecessor. iFixit also notes just how tall the Galaxy Note 8 is, so keep that in mind if you’re looking for an easily pocketable phone. 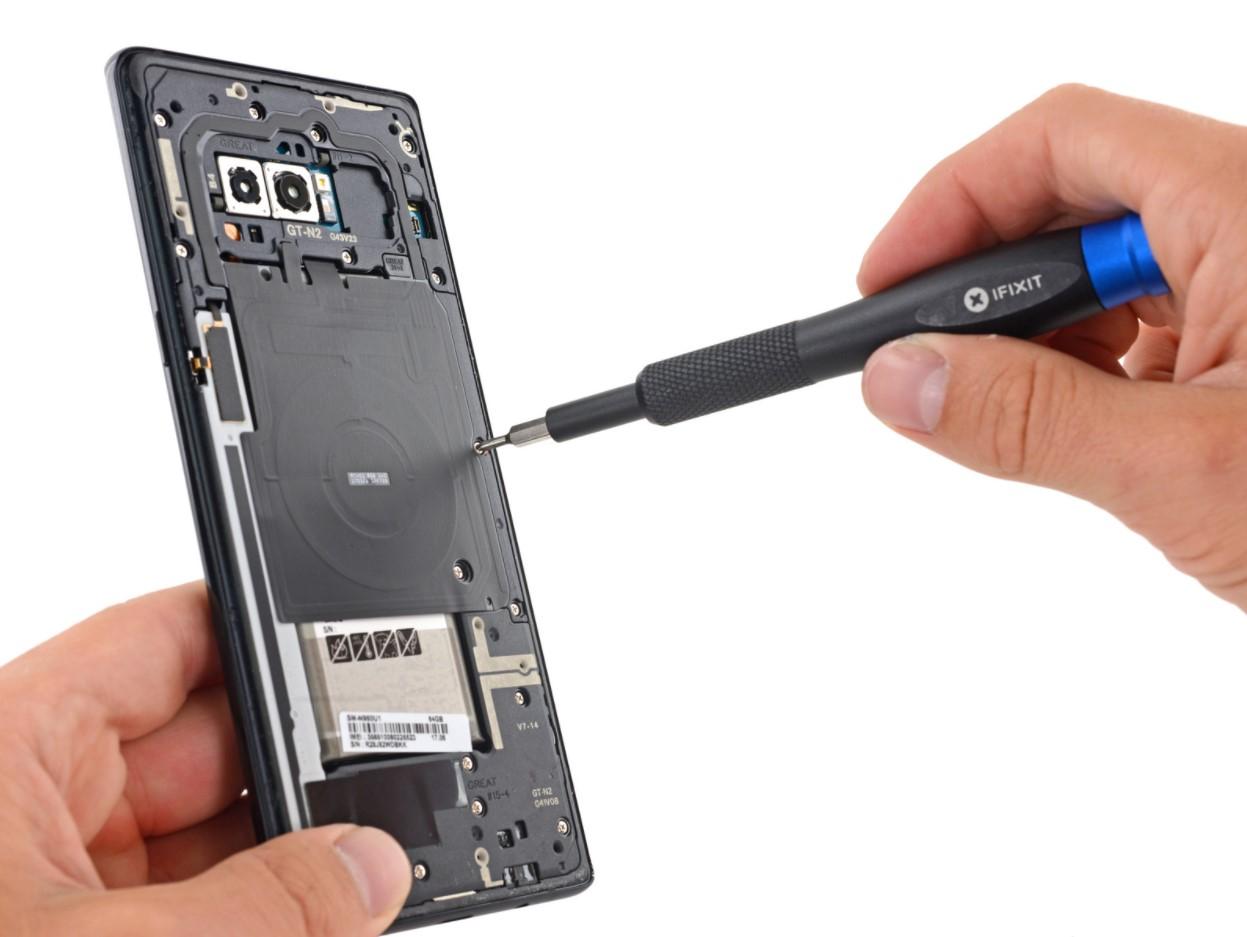 READ MORE: Galaxy Note 8 ReviewActually getting into the device seems to be one of the most difficult parts of this teardown, as iFixit is forced to use heat and various opening picks to remove both the back panel and the front display. As is usually the case, glue is main roadblock here, ensuring that all but the most determined won’t be able to access the phone’s innards easily. The battery is even glued into place, so while it is technically able to be replaced, swapping it out is going to be a headache. 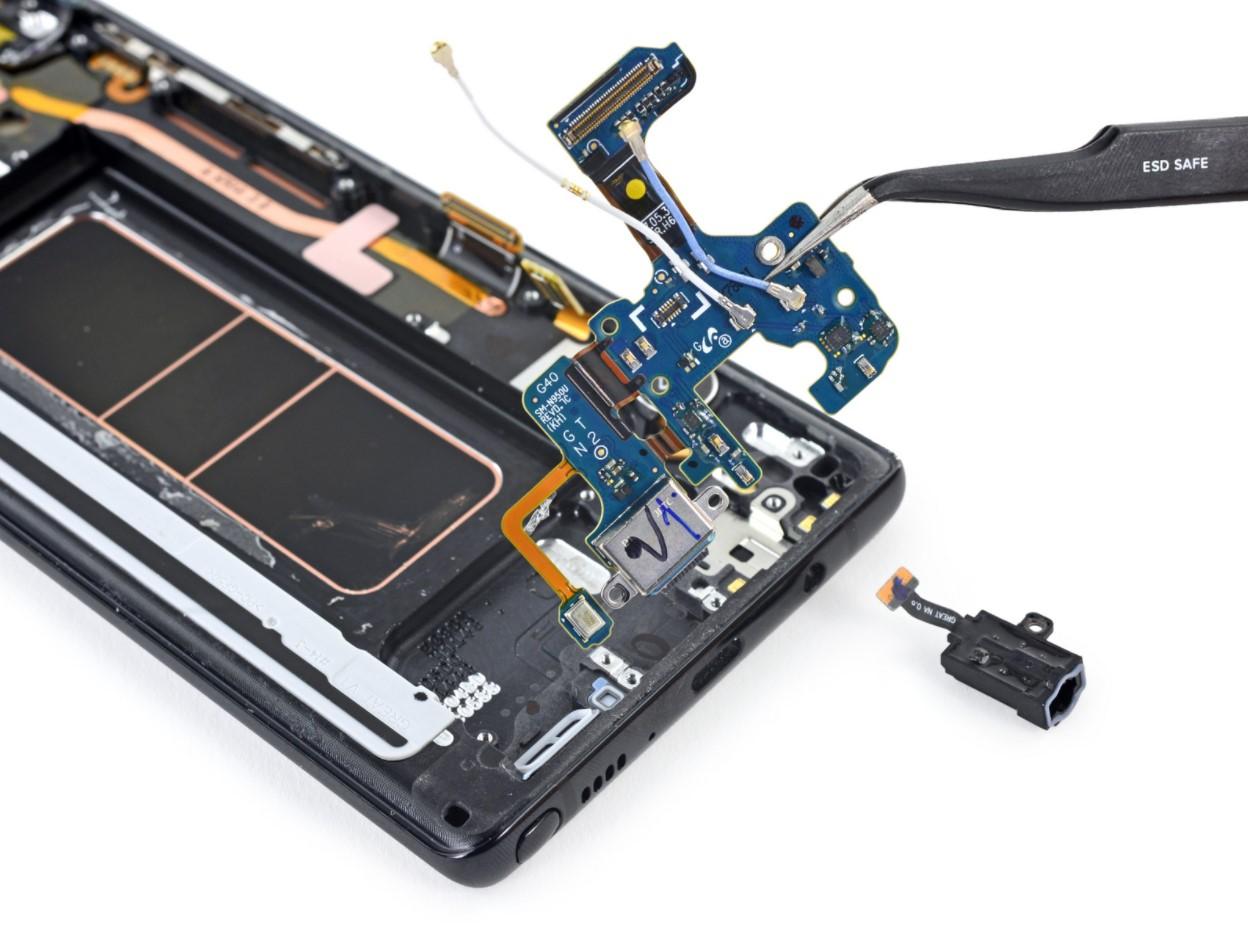 Once inside the phone, things get a little more encouraging. iFixit found that many of the Note 8’s important components are modular and therefore somewhat easy to replace when they wear down. These include the headphone jack, USB-C port, and the array of front-facing sensors. iFixit also confirms that the rear-facing dual cameras are equipped with optical image stabilization, so this certainly seems like a good phone for someone who wants to take excellent pictures. 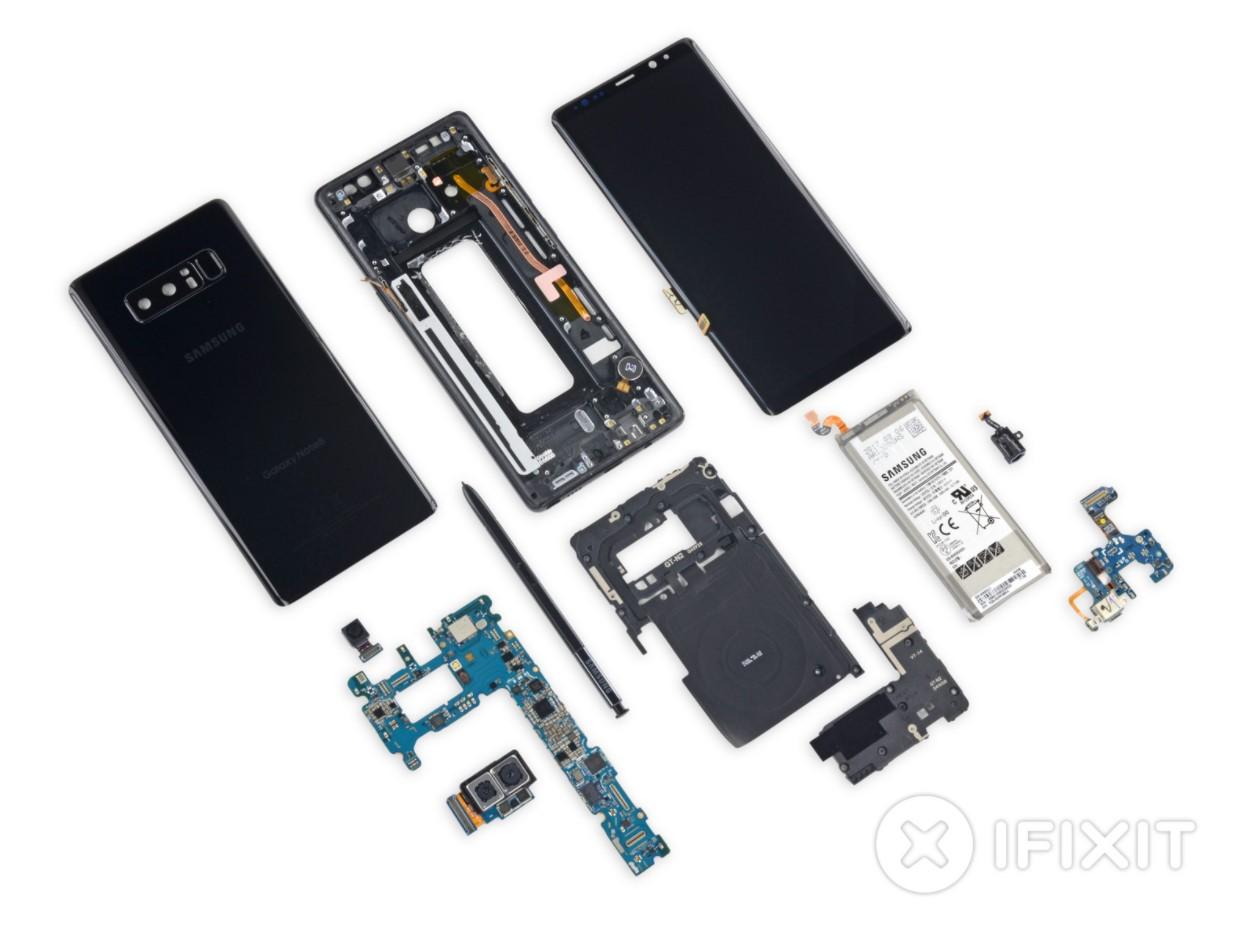 In the end, iFixit gives the Galaxy Note 8 a rating of 4 out of 10. That isn’t the greatest score, obviously, but it’s a lot better than the dismal 1/10 the Essential Phone managed to wrangle. Be sure to read iFixit’s full teardown for more on just how repairable the Galaxy Note 8 is.