The Galaxy Note 20 Ultra and Galaxy Note 20 have revealed their inner secrets – or some of them, at least – with a teardown of both new S Pen flagships revealing some of the unexpected decisions Samsung made in designing its latest phones. Put on sale just last week, the Note 20 series comes in two different variations in the US – one 6.7-inches, and the other 6.9-inches, though the changes don’t stop at screen size – though versions outside of the US can come with different processors and don’t always have 5G.

The biggest change is that, for North America at least, Samsung uses Qualcomm’s Snapdragon 865+ chipset and mmWave-capable 5G. In other regions, however, there are 4G LTE-only models of the Note 20 series, and models that use Samsung’s own Exynos 990 chipset.

Weirdly, though, that’s not the only distinguishing factor, teardown specialists iFixit discovered. Even before they opened up the US-spec versions of the Note 20 Ultra 5G and Note 20 5G, the were noticeable differences between the X-ray results of the two handsets. The Note 20 Ultra, for example, has a double-coil wireless charging system, whereas the Note 20 has a single coil. 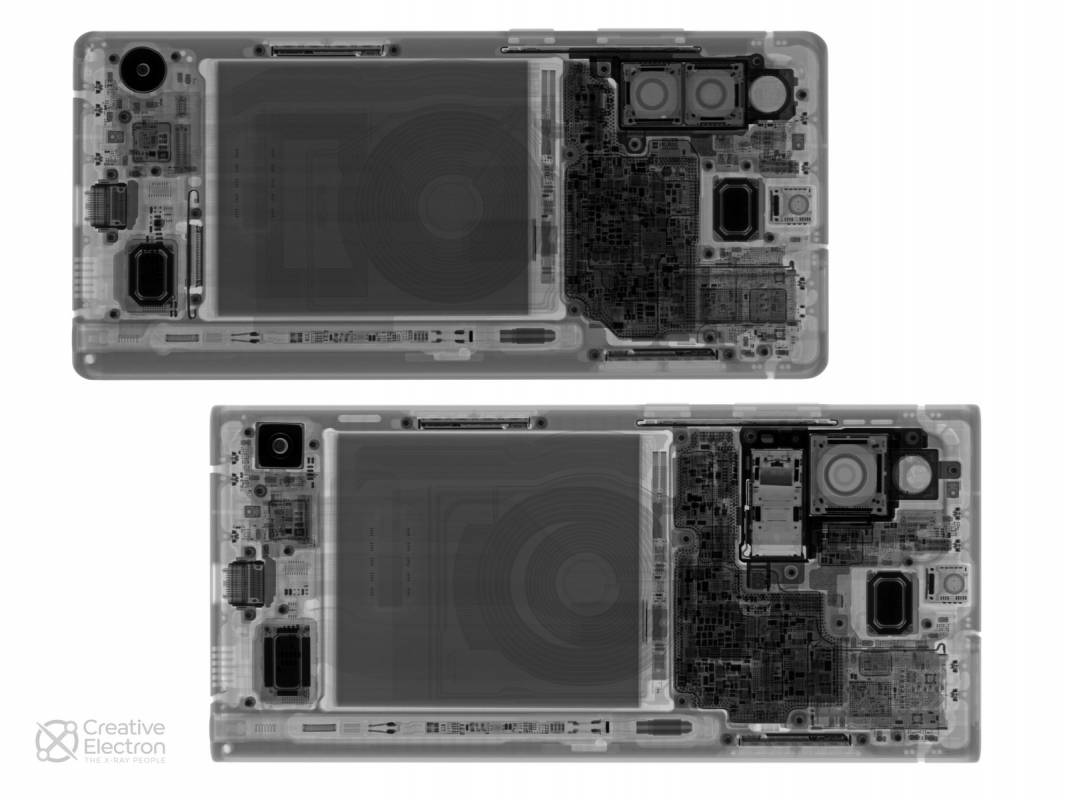 Meanwhile, once the mainboards were out, another strange hardware difference was identified. Rather than a copper vapor chamber for cooling that you’d expect – based on Samsung’s previous flagships – to find, which relies on heat pipes for dissipating heat from the SoC and other components, iFixit found graphite thermal pads instead.

It appears Samsung is mixing its cooling strategy, however. Some Exynos-based Note 20 versions also use graphite, while others use heat pipes. One possibility is that Samsung is quietly testing two approaches, but it’s unconfirmed. There have been reports from some reviewers of toasty-warm Note 20 phones in day to day use, though without an obvious way of seeing which cooling system they rely upon there’s no current way to connect the dots between that experience and what sort of internal construction is going on. 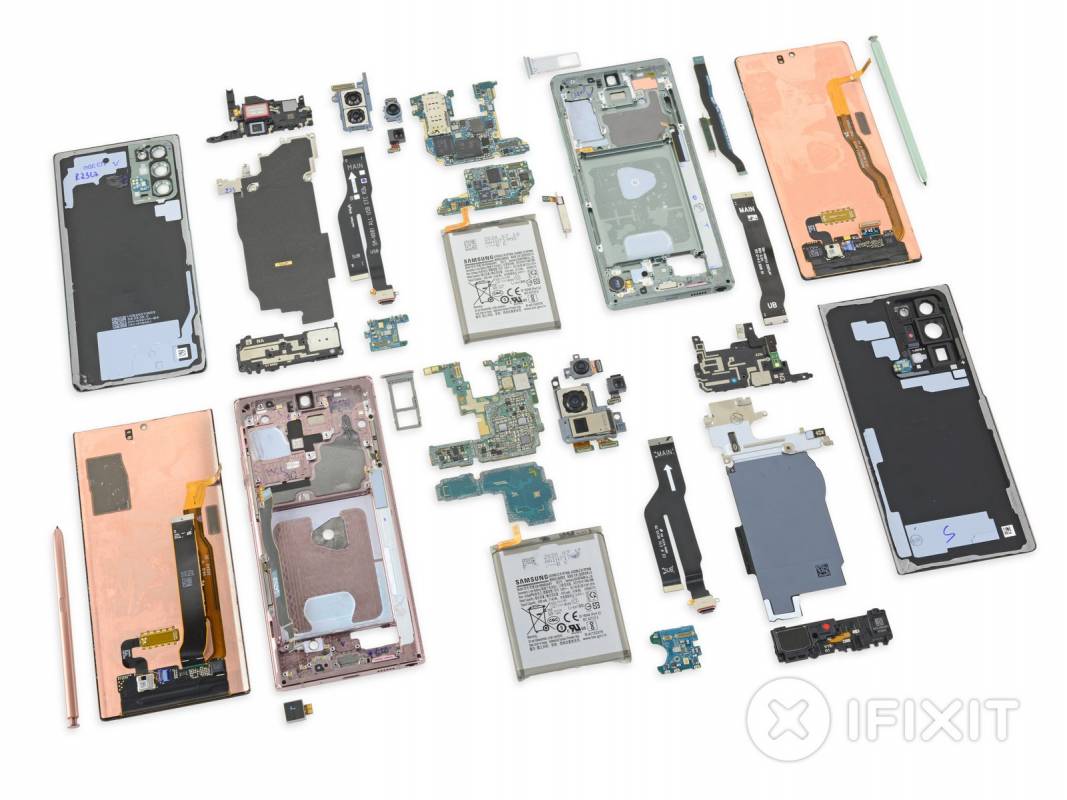 Perhaps most controversial is iFixit’s stance on the plastic back of the Galaxy Note 20. Samsung’s decision to use plastic, rather than Gorilla Glass Victus as the Note 20 Ultra gets, for its smaller Note met with instant criticism from many quarters. The teardown company, however, counters that “repairability-wise, it’s probably a net win” to have plastic used, since it’s easier to open, more pliable, and feels less prone to shattering. 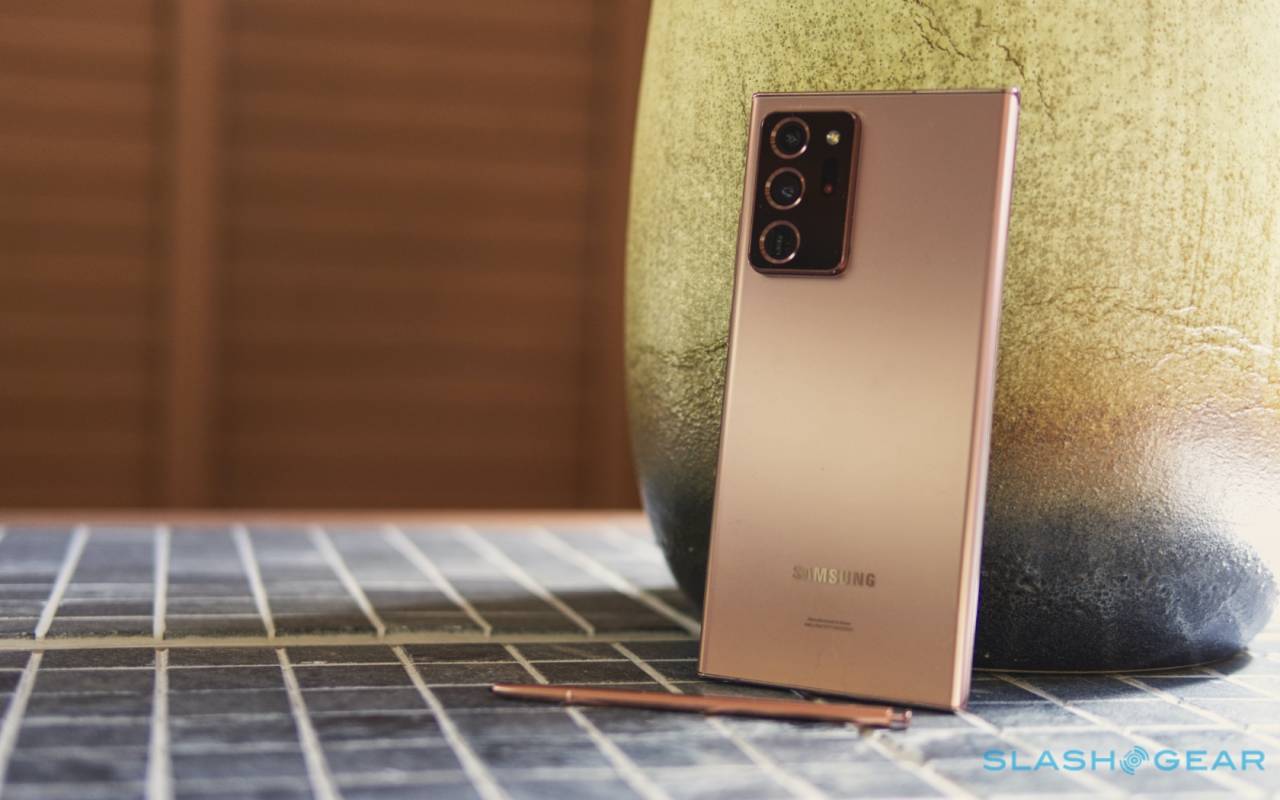 Even with that, however, Samsung still doesn’t really rise above the rest of the smartphone crowd when it comes to an overall score. Its 3 out of 10 rating – with praise for some modular components, such as the charging port, but criticisms around how the battery is fixed in place, the potential for screen repairs, and the amount of glue Samsung uses – is pretty average for a modern flagship, unfortunately.